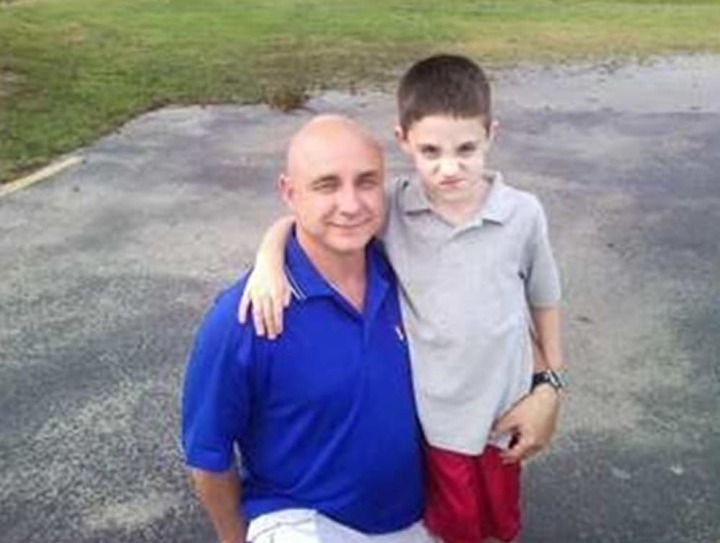 When a young boy went missing, his father was uttered devastated and didn't know if he would ever see his son again. Two years later he was found in a serious surprising location.

6-year-old Richard Chekevedia went missing along with his mother, Shannon Wilfred. Ricky's father, Michael Chekevedia, was distraught and couldn't believe that his son and wife had disappeared. Though he was completely shaken, he decided to get police involved.....

Michael and Shannon had met years before they had their son Ricky. Right from the moment they started dating, things were never blissful. In fact, they had quite a tumultuous relationship. They had broken up and gotten back together several times.

Even though their relationship wasn't solid but Shannon became pregnant and gave birth to their son, Ricky. The arguing continued and it seems it will never stop. After baby Richard was born, they realized that it was futile staying together because they were not happy.

They knew if they stayed together it wouldn't be a healthy environment for Ricky so they made arrangements that worked for them. They decided on joint custody, which means Ricky split his time between his dad and mom. Ricky love spending time with his dad and always looked forward to seeing him.

Michael was an army officer in the United States Army. Soon after Ricky was born he was deployed to Iraq. But still he managed to build a close bond with his son. Once Michael finally returned to the U.S after doing his duty overseas, he couldn't wait to see his son.

But he returned to a bitter Shannon that refused to let him see his son. She even went to court to apply for full custody. Michael didn't want to lose his son so he went along with whatever Shannon wanted. A court hearing was scheduled so they could establish visitation rights for Michael to see Ricky, Shannon, however, didn't show up and that's when the unthinkable happened.

Both Shannon and Ricky had disappeared! Michael was distraught and couldn't believe it. He had no idea where his son or if he'd ever see him again. Two months had gone by and no one heard or seen Shannon or Ricky so the local authorities officially listed them as missing.

There was so many unanswered questions? Why would Shannon go to such lengths to prevent Michael from being part of his son's life? When the police questioned Diane Dobbs, Shannon's mom, she told them that she believed Michael was an abusive father. Diane had also said that she believed that Shannon had escaped to prevent Michael from hitting Ricky again.

Michael couldn't believe what Shannon's mother was saying. He had never hit his son or even raised his voice at him. Michael began to think that maybe Diane knew where Shannon and Ricky were but he couldn't prove anything. Two years went by and still no Ricky. Then one faithful day, the police received anonymous tip that led them to Diane's house.

This anonymous tip was a bit strange, since investigators had initially searched Diane's home and found nothing. But this time their search led them to a dresser that was placed in an unusual place. They couldn't believe what they stumbled upon. When they moved the dresser, they found a small opening behind it that led them to a narrow crawl space.

As they shone a light in the tiny space in the wall, they saw Ricky and Shannon cowering in the back corner. After two years of agony, not knowing whether his son was alive or not, Ricky was finally found. Michael was so happy to see his son again. When the police officers retrieved Ricky from the small crawl space he was in, he started running around, finally free after two whole years of confinement.

Sergeant Stan Diggs, who was on the case, shared that when they found Ricky they "let him out of the car and he ran around like he had never seen outdoors. It was actually very sad." No child should ever have to go through a traumatic experience like this. Both Shannon and Diane were immediately arrested on the scene.