By Simplifier (self media writer) | 11 months ago 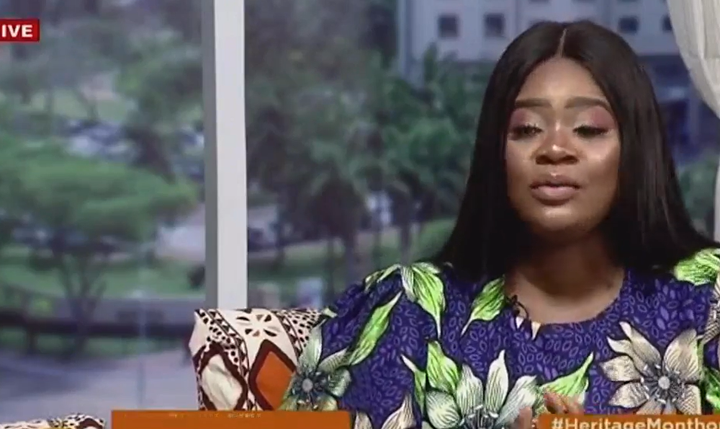 It has been preconceived that, when a man tells a woman he wants to marry her, he is doing her a big favor. This should not be the case as indicated by Kafui Danku.

Marriage in Ghana has been identified to be one of the important social institutions. This is due to its nature and purpose. In Ghana, marriage is mainly the most appropriate social way to procreate and start a wonderful family with almost everyone involved.

Meanwhile, there are three main ways to marry in Ghana. The first is Customary marriage. This marriage could be identified as the most recognized marriage in Ghana due to its long history. In other words, this is the most common form of marriage procedure in Ghana and it was in existence before the introduction of Religion. For this reason, it varies with individual cultural elements.

The third marriage which is called the Ordinance marriage is mostly in sync with the Christian laws of marriage. This form of marriage is strictly monogamous. In other words, you would need a divorce before you could lawfully marry another. Basically, you can not marry more than one person at a time.

Looking at the historical nature of marriage in Ghana, it could easily be identified that, men were more at an advantage to marry more women than women had the chance to choose more men. In other words, women were married once in their lifetime while men could marry multiple times. Therefore, it was more of a man choosing a woman than a woman choosing a man.

On International Women's day, an award-wining actress Kafui Danku, on a morning show, indicated that, these historical ideas towards marriage have established a preconception in men that, they are doing a woman a favor whenever he talks about marrying her.

Commenting on a post she posted on Facebook that, most people, particular men gnash because they mostly do not know how to ask someone out. On the post she indicated that, these men should up their game. One of the messages that followed her post was a person who thought he was upping his game when he indicated that, he wants to marry her.

Commenting on the marriage proposal on the morning show, Kafui indicated that, this person is unconsciously thinking proposing marriage means he is doing her a favor.

She indicated that, this person signifies that, telling someone you want to marry her means he is upping his game. To her, this is the bias in our society that needs to be rechecked.

She thinks this is sometimes the case since the society intends to judge women more than men. Thus, society finds a way to always question women if they are married and not men. This creates that favor bank in some women and men, and she thinks it should not be the case for women.

To her, women have a say. They should be able to tell if they feel same for someone or not. Especially before marrying the person.

Do you think this is the case, our society preconceives men to be doing a woman a favor when he signifies a marriage proposal?

Would really appreciate you for Following and Commenting on this page.

Stay safe and be blessed.

Content created and supplied by: Simplifier (via Opera News )