By WorldToday (self meida writer) | 11 days

Over the weekend a beautiful funeral near Ho in the Volta Region of Ghana was nearly marred when a man was asked to marry his dead lover before she was buried. This appears to be a common practice among a section of Ghanaian to deter men from indiscriminately having children with women they have not married. 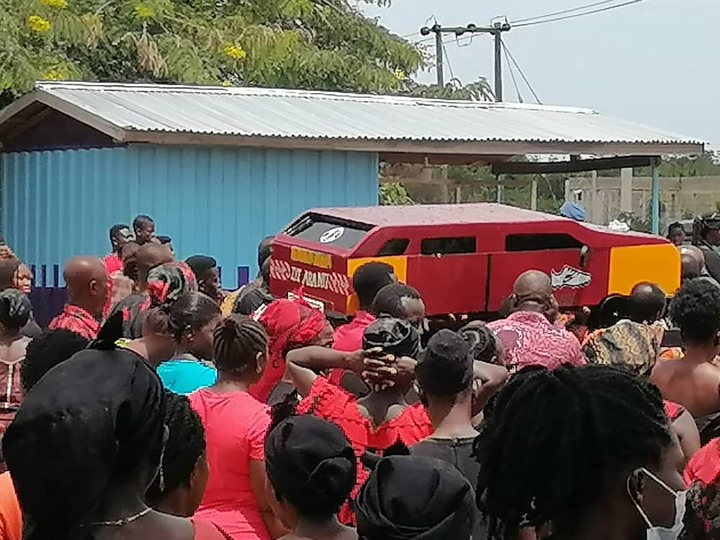 The man who had sired children with the dead woman without a proper marriage, was now required to marry the corpse and also to buy her coffin. The aged man did his best to procure a significant portion of the items required, however, when it came to buying the coffin, he bought one that was deemed to be inferior to what was agreed.

The family of late woman sternly rejected the supposed inferior coffin and this almost brought the funeral to a stalemate. The man who was not ready to spend any more money became enraged and vowed he wasn’t buying another coffin. He further stated that if the family of the late woman will not accept the coffin he will keep it to be used for his own burial when he dies.

The funeral almost became chaotic but for the intervention of some family elders who managed to obtain the standard coffin in time to enable the funeral to proceed smoothly.