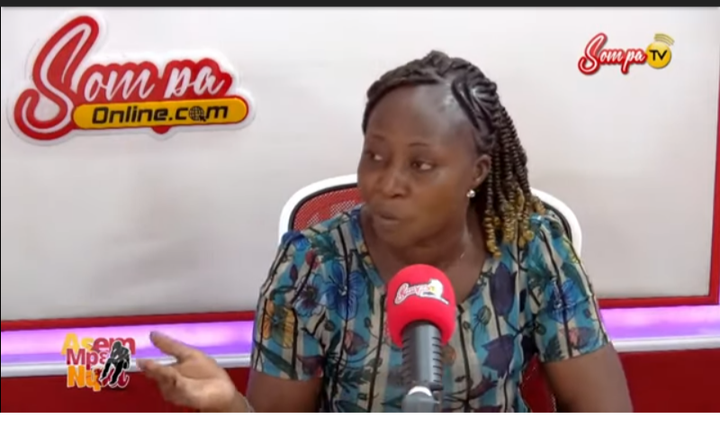 Gloria Owusu Afriyie from Efidduase shares what her ex-boyfriend did after she went for a loan and gave it to him three years ago. In the lady's narration, she broke up with her ex-boyfriend years ago but in the year 2019, her ex-boyfriend called to inform her about the hardship he was going through. He explained further that his business has even collapsed due to the financial crisis.

The man then pleaded with her to help him financially. Gloria said she was not having money at that time but she used her payslip as collateral and went for a loan of GHC12,000 at the bank and gave it to her ex-boyfriend. The lady says the man assured her that he will pay it within some period. A few days later, her ex-boyfriend travelled to China to buy some goods and brought them to Ghana to sell them.

Gloria added that the man sold all those things but he didn't pay back the loan. A few months later her ex-boyfriend again travelled to South Africa without paying the money. All this while the bank used to deduct the loan from her monthly payments. She called the man's uncle whom he was staying with in South Africa to advise him to pay the money.

The uncle too tried his best for him to give that money to her but she didn't receive anything from him up to date. According to the man is true that he is owing her that amount of money but he has been going through hardship that's why he has not been able to pay back the loan. The man added that he is making preparations to settle every debt he owes in no time.