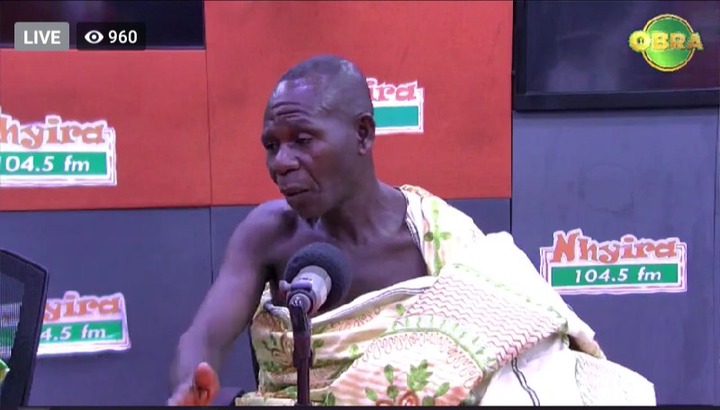 A 62 years old man named Mr Richard Forson got married to his 63 years old wife known as Madam Ntiamoah at Assin Praso. The man said he was a farmer at that time but his wife convinced him that she has land so they should start making their own cocoa farms on it. He listened to his wife and started doing the cocoa farm.

Later, he realized that he has to make his own farm to help him in future but his in-laws told him never to do additional farm but concentrate on the one he has with his wife. Mr Forson continued that his wife stopped sleeping with him after they gave birth to their three children.

She explained to him that she is weak and doesn't want to have any affair with him again. The woman even told him to go for another woman whenever he wants to have affair. Mr Forson said he couldn't stay without sleeping with a woman,cso he got into a relationship with another woman, unfortunately that woman also got pregnant for him.

Due to this issue, his wife and her brother decided to take over the 4 acres of the cocoa farm he worked hard to do all these years. The family members met to solve the problem they were facing and they concluded that the land doesn't belong to him so they will give him half of the farm but he didn't agree with them.

The man added that his wife later told him to give 1 acre of the cocoa farm to another person for GHC10,000 and give the money to their daughter which he did. Mr. Forson said his wife and her brother has decided to take over the rest of the cocoa farm without giving him anything. According to Madam Ntiamoah, she worked hard with her husband on their cocoa farm but what worries her much was that her husband is a womanizer.

The woman explained, her husband got another woman pregnant whilst she always sleeps with him on every night. Madam Ntiamoah said her husband pleaded with her for to forgive him for impregnating another woman, he even decided to compensate her but he didn't give her anything. The woman again said she has never taken over the cocoa farm, they have rather decided to share the farm but her husband doesn't support their decision.

Who Should Fix Africa For Who To Come Home?

Simple Ways to Get Your Guy Obsessed Over You