Cheating Went Wrong; A play Boy Got Played as He Took Care of Another Man's Child for Five Years

According to the Bible, all men were created in the image of God. If there are one trait men inherited from God then it should be jealousy. It is one of the commandments of God that no man should worship any other God except Him, for He is a very jealous God. Consequently, every man or woman is very protective of their partners and takes strong offense when they are cheated on. It is rather unfortunate cheating is a stock in trade for people. For reasons best known to them, they feel comfortable to go behind someone's wife or husband's back to have an affair with them knowing full well they are engaged.

Some people take pride in being a player. Guys see themselves as champions because they have multiple girlfriends.

There is a story trending on social media of a guy who thought he was cheating with somebody's girlfriend but ended up being cheated. In a Facebook post by TV3, a Nigerian by the name of Eguveso Enifomee took to social media to express his frustration about a DNA test proving that his five-year-old daughter is not his. According to the man, his relationship with the girl started while they were both in school. Though he knew the girl was having a boyfriend he decided to be the sideman. 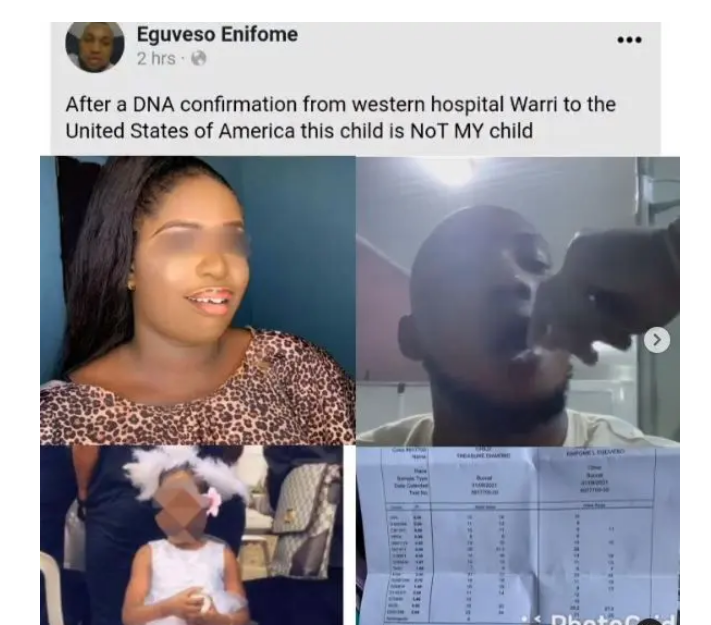 "I agree, when we were in school, we were together for some time, but sorry to say I was not the only one. I was just a sideman. She had a boyfriend", he said. Per his story, he was not aware the girl was pregnant, only for her to turn up two years later that he was responsible for the pregnancy and took the baby to his father who also gladly accepted the baby because he said the girl resembled him. He stressed that the girl said it was a pastor who prophecized that the child belonged to him.

The man who claimed he always suspected the child was not his, said he didn't want to go against a pastor's prophecy. "When she was pregnant, I was not aware. Two years later she came saying she was my child. She took the baby to my dad, my dad accepted saying the child resembled me", he wrote. 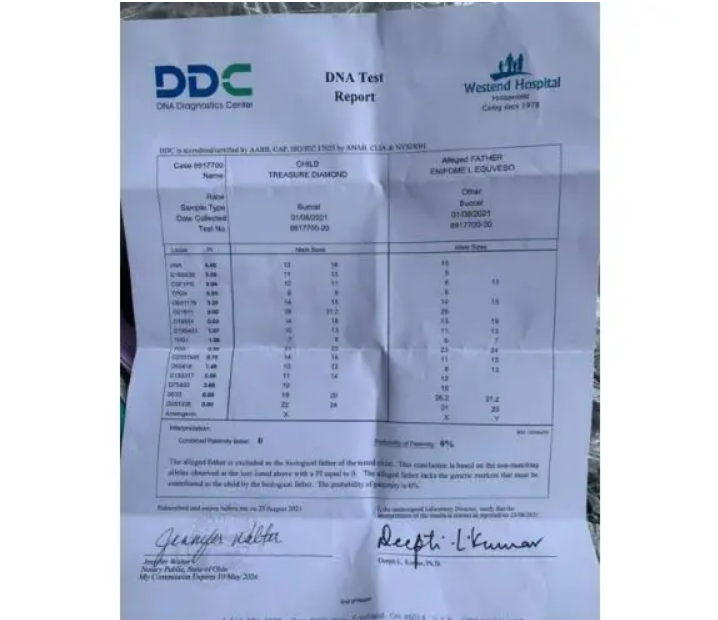 3 Ways To Tell When A Girl Likes You But Trying To Hide It.