It was dark, in the midst of a thunderstorm with no power when Yaa Fordjour rushed out to close their main entrance after the power company cut the power supply to their four-bedroom house. The weather was promising rain and heavy winds were blowing everywhere in Abuskwa, where Mr Fordjour and his family lived.

Yaa, the last born of Mr and Mrs Fordjour was home from the University of Ghana for a weekend break when her father got the shock of his life. Yaa had anticipated telling the family earlier, but their Christian background shifted her to stop over the fear of been slapped with insults. Yaa Fordjour, 27, had found herself into a web of issues that were all against the family's strong Christian values but the father, Mr Fordjour didn't allow that to separate the hook from the line, as most fathers would have done.

Mr Fordjour after going through Yaa's phone that very night of heavy thunderstorms, kept sitting on his sofa beaten in surprise as she called himself to calm. He was in shock as to what will make his last born whom he named Nhyira Yaa Fordjour, meaning Blessings from above, go wayward.

Yaa went back to her father, sat by him, wrapped her arms around him and called on her father to protect her as the thunder kept crawling from the shadows of the wilderness. It has become the norm in the house over how the father Mr Fodjour pampered his last born Yaa and been found together sitting on a sofa chair with no space, was father and daughter moments everyone in the family respected. 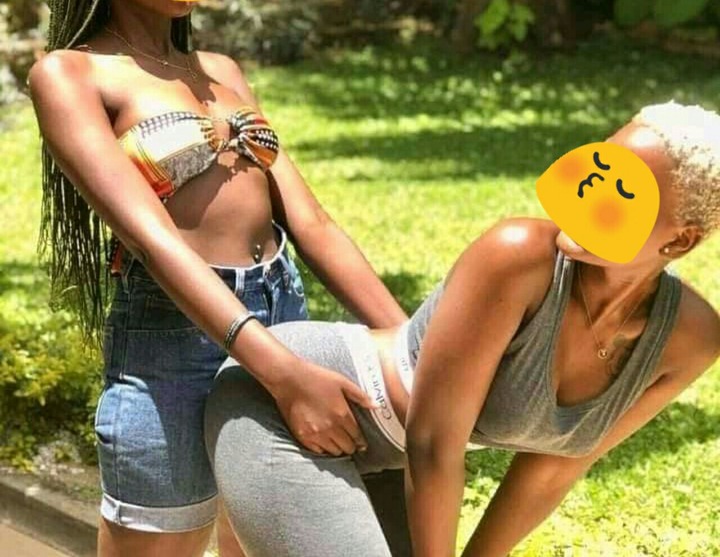 Yaa took a deep breath after her father handed her the phone back, she was in awe of disbelief over what made her give out her phone to the father knowing well, he would be going to her photos. Yaa forgot herself of the nude pictures she had taken with her lover, a campus colleague on her phone.

She barely remembered the pictures on her phone because they had been taken over a week before her busy exams. She kept wrapping her arms around her father to show her sadness but no anger was directed from the saddened Mr Fordjour.

Yaa had turned into a lesbian after moving from their home in Abuakwa to Accra, where she was schooling for a brighter future. It was in Accra Yaa had met her future lover who was a woman just like her.

The entire Fordjour family came to shock as Mr Fordjour begged them to accept his daughter as she was. Mrs Firdjour stood on her knees, begging her husband to talk sense into their child, but Fordjour ended the family meeting with, in everything, let's give praises to the Lord, for he alone can explain this to as.

Mrs Fordjour in an interview praised the husband's decision and prayed the God they serve will save them because it was only he, who could intervene in the spiritual matters. Mr Fordjour on the other hand was calm, simple and very accommodating and blamed it on the Bible that, who are they, the parents to judge when they have also sinned.

They are parents and not judges of sin and will continue loving their daughter as they did before and keep praying for the Lord's guidance for her. Yaa Fordjour in a twenty minutes interview thanked her father for not disowning her as most parents did when they found the real characters of their children. Yaa was not ashamed of what she was because it was what God gave her. We all came by the same God, some will be different and others will be normal, that is the world the Almighty gave us. If I was born normal, I would have been normal, but the Lord himself knew me before coming to earth so in everything, I know the lord is behind me, said Yaa Fordjour, the last born of the Fordjour's.