That Moment When You Have To Do Something Contrary To Your Beliefs : A NEW BEGINNING (6) 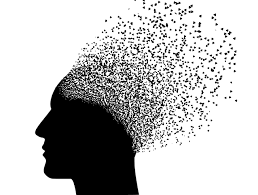 Sandra and Roy are now friends. She couldn't stay a day without talking to him, she had found him interesting, she knew she liked him because he clouded her thoughts, but she had just 3 weeks until she becomes Lex's wife.

Roy on the other hand admired her a great deal, he knew his feelings weren't allowed to go beyond that, because they were not in the same league. How way they became friends astounded him, it all began the first time she heard him sing. He sang “All of Me” by John Legend, and that was the beginning of their friendship

Roy sat down with Peter, they were both discussing the EPL matches which will be held in the evening.

” Man city will defeat Chelsea, I am sure about that, na we get league ” Peter bragged.

Suddenly they saw the maid, she was walking in their direction. “Roy madam Sandra is calling you,” she said while Peter smiled.

“Roy be careful with this madam Sandra,” Peter said jokingly mimicking the maid while Roy shrugged and left with the maid.

Sandra was the only one at home, her mom traveled while her dad went to work as usual.

” You called for me,” Roy said as he walked to the sitting room.

” I did, I'm feeling bored, I just want to chat with you ” Sandra smiled.

” You know you shouldn’t be sending for me, your mum would not be happy if she finds me talking to you instead of staying at my post. ” Roy said.

” They aren't home, even if they were, is it a crime to like you ” Sandra blurted unintentionally.

” I like you that’s why I am always sending for you “Sandra replied.

” You mean you have feelings for me,” Sandra asked while Roy shrugged. He knew he had feelings for her, who wouldn’t? She was the most beautiful girl he had ever seen, but he had a girlfriend, he can’t cheat on her, and Sandra was not his class. Besides she will be getting married to Lex in 3 weeks, even though he knew she didn’t love Lex. He has to kill whatever feeling he had for her, he thought to himself.

” Roy what are you thinking,” Sandra asked jolting him from his thoughts.

” So do you have feelings for me? ” Sandra asked for the umpteenth time.

“It's no use if I had any feelings for you, you are already pledged to lex, and there is no way we can be together, your parents will never allow it, Roy said sobbing

“I like you, Roy, I have feelings for you, I have been keeping it to myself but I'm afraid I can’t anymore, your presence gives me joy. ” Sandra said and sat closer to him.

Your voice mesmerizes me, your handsomeness astounds me.

Sandra's words took him by surprise they stared silently at each other for a few seconds, suddenly their heads started coming closer and they kiss for the first time.

Sandra’s maid unknowingly walked in and jolted them from wonderland while they both look at each other sheepishly.

“I'm sorry ” the maid apologized and left Roy and Sandra who were staring at each other.

Love they say is a feeling that could make you happy, sad, angry, and even confused.

Both Sandra and Roy were confused.

” I am sorry I was just carried away ” Roy muttered after minutes of silence.

Sandra just remains quiet, she was perplexed as to what response to give him. As she keeps thinking, Roy calmly stands up and walks to the security post, Sandra stared at him from the window as the event played back in her head.

It was the first time she was having a real kiss, her hormones were raging when Roy kissed her, she knew she had definitely fallen in love with him, she was sure about that.

In Roy’s head, now he knows what love means, the way he feels for Sandra was different from the way he feels for Nina, he loves Nina but he was sure it was not real love, the love he had for her was just sisterly. The kind of love a guy will have for his sister, but it was too late, he had already conceded to her request, he can’t just break up with her, it would really hurt her. What reason could he give her for a breakup?

He also knows getting involved with Sandra means he will lose his job, he knew that was the least punishment he would be receiving if he didn’t even lose his life in the process.

He made up his mind to shun Sandra, getting too close to her had made his feelings magnify and the last thing he wanted was to create a problem.

For the past two weeks, she had been feeling kinda dizzy, she decided to visit the hospital. After conducting several tests, the doctor told her to take a pregnancy test, but she quickly rebuffed the idea that she was not pregnant. The doctor persuaded her telling her she has nothing to lose, she finally succumbs, they quickly conduct a pregnancy test and to her greatest dismay she was pregnant and the most painful part was that she doesn’t even know the actual person among the people that rapped her, one thing she had hated was abortion the thought of abortion scare her, she hated it and she had always condemned girls who partook in such barbaric act.

She knew there was no way she could keep the baby and still keep Roy to herself, which man would want to date a girl who got pregnant for another man? She was so confused about what to do, she decided to seek a second opinion. “a problem shared is a problem solve”

She got to Vivian's house and she calmly welcomes her on the couch in the sitting room.

“Girl while is your face like this? You're looking so gloomy and disheveled. ” Vivian queried as she scrutinizes her friend.

” I am pregnant “Nina blunted.

” So quick, why didn’t you guys use protection, “Vivian asked

” I am pregnant but it isn't for Roy, I was rapped. Nina answered dejectedly while Vivian drew back in disbelief.

Who is responsible, she asked the obvious questions anyone would ask.

I don’t know I was raped by Victor and his friends ” Nina explained to her friend who was shocked.

” babe you have to opt for abortion as quickly as possible ” Vivian advised while Nina shrugged.

” I can’t, it’s against my belief ” Nina replied while Vivian stared at her in awe.

” You can’t! You have to else you will lose Roy, assuming it’s for Roy you could have used it to cage him “Vivian said

” Have you ever had sex with Roy” Vivian suddenly asked surprising Nina with her question.

If you can’t abort the child you have to find a way to have sex with, Roy even if you have to drug him, you have to do that ASAP, after the act you will wait for a month before telling him you are pregnant for him ” Vivian explained while Nina stared at her in awe.

She so much loves Roy but telling him he is responsible for a child that is not his is not fair, but she doesn’t want to abort the child, that would have been easy.

The only way to be with Roy is to do as Vivian instructed after, all she didn’t cheat on him, she was rapped…she thought. 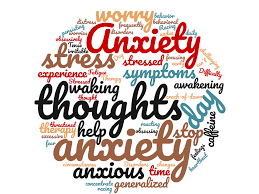 All of Me EPL John Legend Peter Roy

Citi FM's Richard Sky, Had This, To Say About Gabby Otchere Darko. CANDID VIEWS and DETAILS