By DCKWAMEKWAKYE (self meida writer) | 10 days 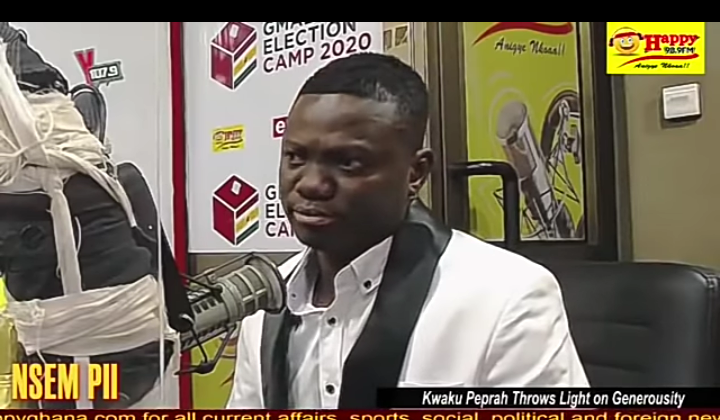 Sexual intercourse is an activity that happens between adult men and women. It is part of human existence and guarantees continuity of the human race.

It is the only activity between humans that people are not deliberately taught by their parents about how to have sex.

Sexual intercourse and its accompanying problems of unwanted pregnancies have been a matter mankind have been grappling with. Sex is a physiological need and the feeling to have sex is aroused when people get to certain stages in their lives especially during the adolescent stages of development.

Most men before marrying their wives would have engaged in some amorous relationship with some few women. But, in some other men, the penchant to have sexual intercourse with different women becomes too much above the norm and such ones need help.

Recently a man complained to the staff of Happy FM about the fact that, he had slept with about a thousand women and that if not for those numerous intimate affairs he had with various women he would have been very rich by now.

When the problem was put Nana Kwaku Peprah on the 'Nsem Pii' show hosted by Kwabena Afari-Darko on Happy FM monitored on Quotation Master TV on YouTube, he said any man that sleeps with about three ladies a day is possessed by a spirit to do that.

"There are some spirits that get their nourishment from the sperms produced by humans. The more sex you have the more nourished the spirit becomes".

In addition he revealed that "Most of such men don't know that they are possessed by spirits to be having a lot of sexual intercourse with different women".

According to him, such men get women very easy and once they propose to women, the women accept their proposals to have sex with them.

Explaining further, the African Traditional Spiritualist, Teacher and Advocate noted that, before such men open their mouth to propose to any lady, the spirit would have already proposed to the women in advance.

"So as soon as the man decides to physically do so, because it had spiritually already been communicated, the lady shall agree and they are good to".

Men who are spiritually possessed to womanise are being used by the spirits to get what they want. But, unfortunately in this particular case, the men don't know they were being used by a spirit.

"If the man had known, he would have also negotiated with the spirit to provide him with also what he wanted and he would have been very rich".

Ayaaba or Quotation Master or Lucifer as he is affectionately called, further revealed that, not all human beings we see around are humans. "Some are spirits just encased in this physical body and are on different missions and assignments".

"It's not every woman any man must sleep with and there some women also that men must be careful with. There are some people once you sleep with them, they bring you down and they rise".

Ayaaba underscored the fact that, the man who had slept with over 1000 women gained consciousness because the spirit that used him has either left him alone or in the process of leaving him behind, hence his consciousness.

"When a spirit uses you during your youthful days, as you grow and are aging with your handsomeness waning, the spirit leaves you behind to possess a younger man whom it can use".

These are normal occurrences that happens in life and because humans are oblivious of that fact, they allow spirits to use them for free without any benefit.

He advised anyone in such a predicament to rise up and stop chasing women since it doesn't augur well for human progress unless you're benefiting from the spirit as well.

One can only benefit unless that person has had a negotiation with the spirit which is using that man to womanise for the spirit to also provide other physical necessities of life for the man.

"When that negotiation is done, then once you sleep with women for about say six months and you've not experienced any progress in your life, you can stop and the spirit would be in trouble".

Quotation Master cautioned all men and women to be careful about the kinds of people they have sexual affairs with, since some are for good while others are for ill.