It is the dream of most adult males and females to get married but truth be told, it is not every marriage that is meant to be entered. In fact, most married people are either managing their marriages in regrets or wish they were never married to the person they got married to. 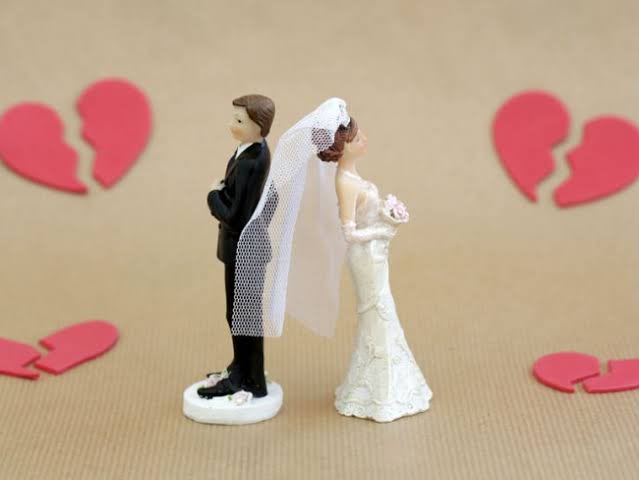 Meanwhile, according to the story the man posted in a Facebook group, his elder brother had before now fixed his wedding to be on the 31st October, 2021. However, the would be wife's family members are friends are putting unncessary pressure on him; they want him to host a big marriage ceremony that will attract all and sundry.

Sadly, the would be wife of his brother does not have any money to contribute to the footing of the wedding expenses except people that would prepare the food and other ceremonial activities. 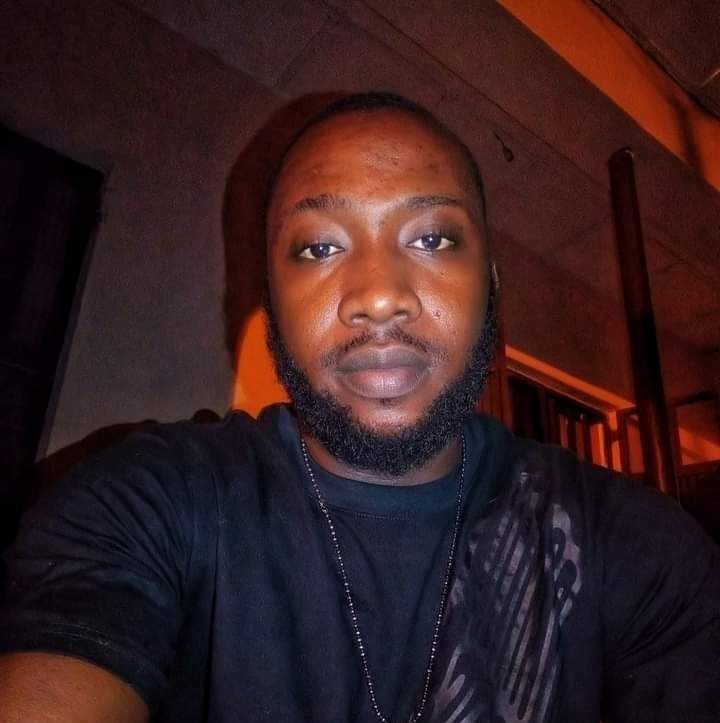 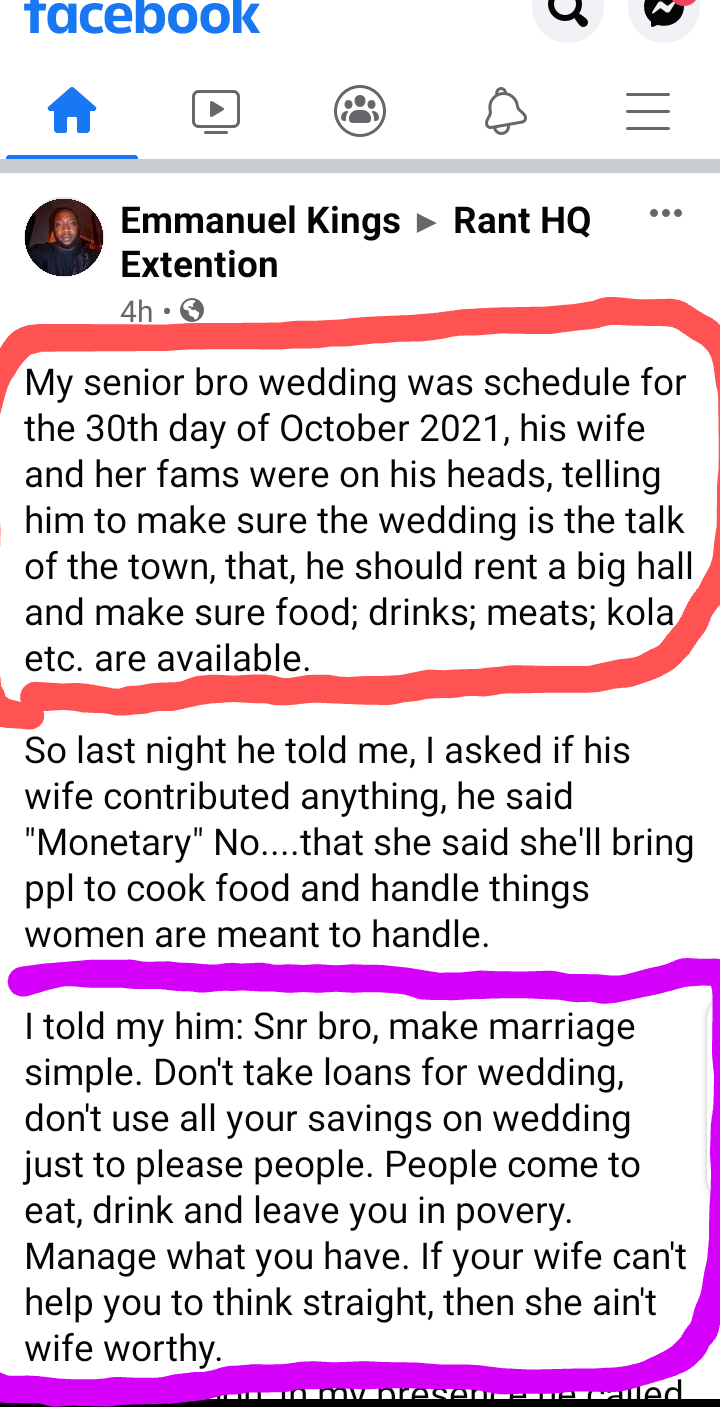 Upon receiving his advice, according to what he revealed in the post, his brother called his future in-law to cancel the wedding. Apparently, he is not interested in the marriage anymore, courtesy of what the brother told him about his would be wife. 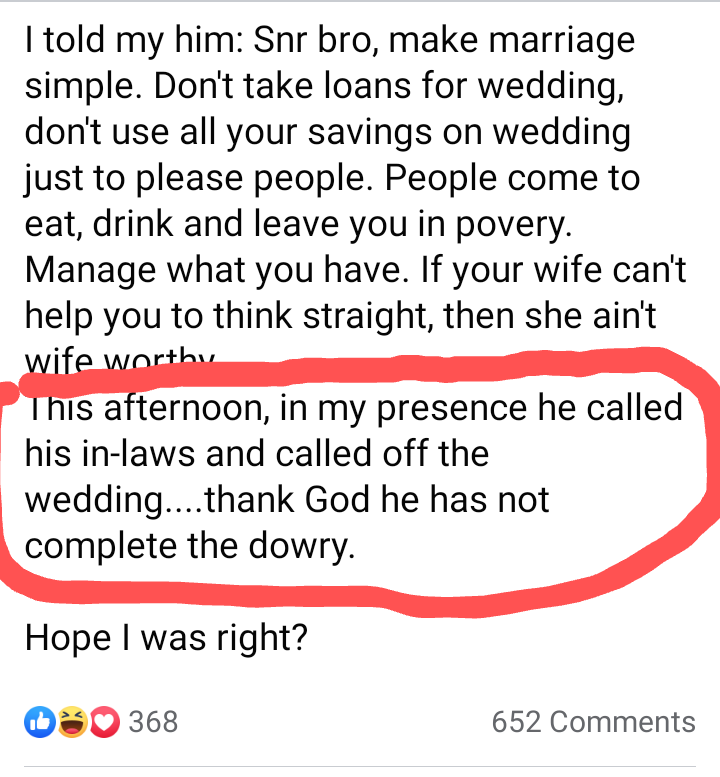 See how people react to the post in the screenshots below:

What do you think? Do you think that the man made the right decision by ending the marriage?