By MdkBanahene (self media writer) | 3 months ago

Basically, marriage is considered as one of the most important priority in one's life especially, on the side of women and of course I hope you know why I said women because marriage will always come first when talking of the most important thing in a woman's life. As for men, you will agree with me with no doubt that a man will always count money first before even think of marriage.

The joy of young couple Frank and Juliet has been curtailed after the head pastor of Mount Ararat Baptist Church Assembly of Hwidiem, (a small town in the Asutifi district, a district in the Ahafo Region of Ghana) declined the young couple the chance to get married this November.

According to Pastor Abraham Nketiah who is the head pastor of the Hwidiem Mount Ararat Baptist Church, "the church will not honour the two adults a place to do their upcoming wedding and neither will he the head pastor be ready to officiate the wedding even If it was to be organised in a different. The youth has no respect for God, and due to that, their wedding will not be held in the church auditorium or will I be available to officiate it". the pastor said.

A certain pre-wedding photoshoot picture of the soon-to-be young couple is what generated all the controversy surrounding the upcoming wedding of Juliet Osei and Frank Dempah-Wusi after the picture was released to officially announce their readiness to join their lives together as one for the rest of their lives. In the picture of the soon-to-be young couple sees the guy topless and the girl with only bra and underwear, and am sure what pissed off the pastor most is where Frank's right hand was found. 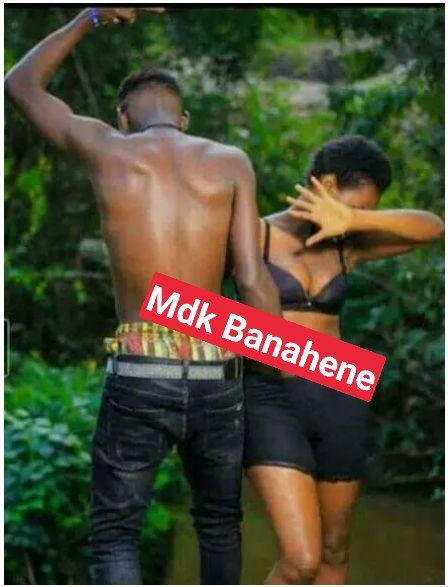 "I don't see anything bad in this picture as the pastor stated but all I see is nature and two people ready to start their lives together", Mr. Wusi, Frank's father stated. "There might be calls from the church not to officiate the wedding and there are still talks going on behind closed doors, but the pastor went too far with his opinions", Mr. Wusi added and he said his church is willing to host the weeding if Juliet's church is not willing to do so. 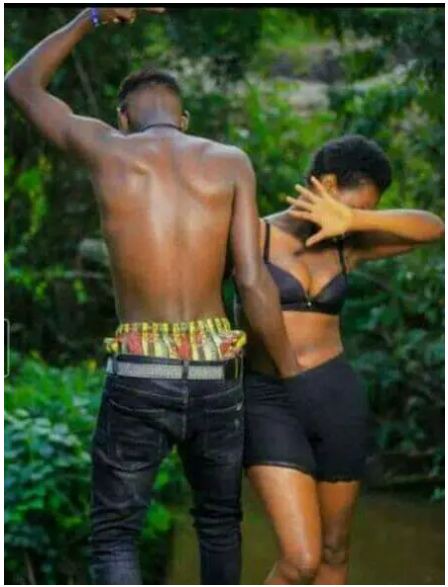 According to the pastor, the Bible and the teaching of Christ are against anything uncivilised and for that matter, the young couple went against the Bible's teaching because he thinks they should have known better before taking such ungodly pictures. Do you think the pastor went too far with his decision or it was indeed wrong for them taking such picture? Comment