Esther woke up this morning with a smile on her face when she saw her man, Albert Obeng, kneeling on one knee closer to her bed. What is that, have you won a lottery or something, Esther said as she reached from her bed to pick her phone. A caller, with an unknown number, was had been calling Esther just to wake her up, but anytime she picked the phone, the caller hung up. It was all a plan Albert had laid in place to wake his wife-to-be this morning when the woman kept sleeping despite all the noise he made. 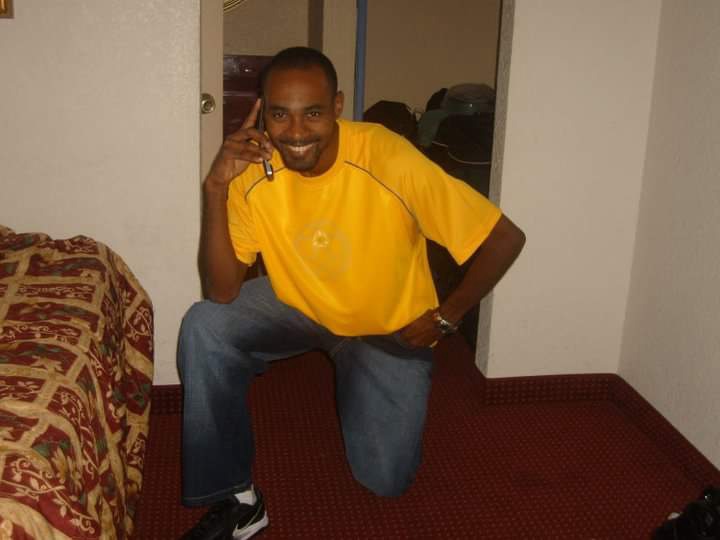 You look beautiful today, Albert said as he kept kneeling and staring at Esther. With no explanation, Albert kept mute on his kneels as the caller kept calling Esther for the ninth time in a roll. I am in front of your gate, open me, please. The caller said in a soft voice as Esther rose from her bed to go out. It was the second plan, Albert had initiated to make sure Esther's younger sister, Serwaa calls her in the morning to prank her.

The front door which was barely locked, opened with just a push when Esther touched it, and to her eyes, a box of champagne, rose flowers and an array of Fifty and One hundred notes have been laced neatly in a box waiting for her at the front gate. Who's hamper is that, Esther called Albert out but there was no response. 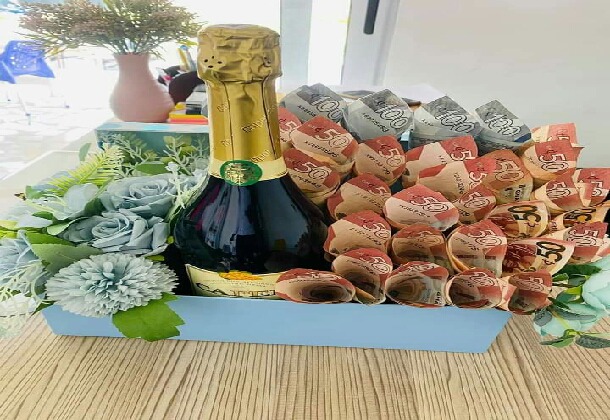 With a surprising face, Esther picked the box and to her ultimate surprise, it was the exact amount of money she had asked Albert to loan her for a project. Esther had earlier asked Albert to loan her One Thousand Eight Hundred Cedis for a project and Albert had denied having the money but Albert had added the same amount of money to her marriage box proposal.

In the box, a hidden ring covered by the flowers reveals to Esther that, it was a marriage proposal from Albert. With a shout, she accepted Albert's proposal. Albert and Esther are expected to tie the knot on Saturday 18 December at Ebenezer Cathedral Church in Kukom. 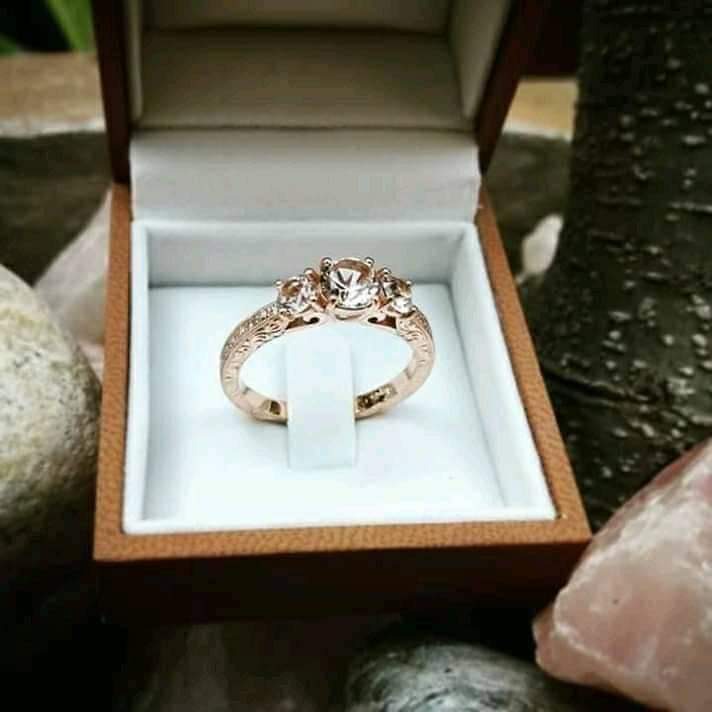