By KENTALKER (self media writer) | 1 month ago

I know the alpha has become a buzz word these days and so sometimes feel reluctant to use it. One popular image of the alpha male is a man with tons of women on his bed but sorry to burst your bubble bros. I know this truth will shock you but I have to tell you this to ease my conscience. The truth is that Alpha Males don't get a lot of sekks. Yes I said it and not all guys who get sekks from women all the time are alpha. 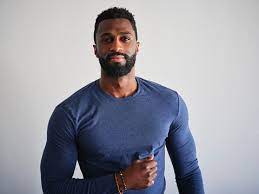 I know sekks is one of the best things in life to some guys but to men who know their worth they value a woman's submission and cooperation more than her temptation. This is why a lot of women will never get to that point where they will have sekks with a true alpha.

First off you need to understand what sekks is to a woman and what some men think it is. Sekks is a tradeoff for women. A woman can't use threats of violence to get you to do her will, a woman can't use a fair negotiation of skills and assets to get you to perform your role as a man neither can she threaten to take away her stability because that's what they get from men. In short the only way a woman can get you to be on her side is to give you a good time or be the custodian of your genetic information(kids) that way she can bring something valuable to the negotiation table. Without her offering these things nothing she brings is of value to a man already on his purpose.

This is why they mostly fail to keep Alphas in their lives because those men don't care about sekks and value her based on what she can do to help his mission or make his life much easier.

Anybody can get sekks from a woman if he's patient or paying enough so that one is a no brainer. I once heard the testimony of a simp who claimed that he finally got some sekks from a girl who put him in the friendzone for 5 years. No alpha male would have such time for one woman. I am sure there are some girls who aren't ashamed of being in a relationship for money and have no problem playing their role, ready to be a man's hoe as long as he is paying the dough.

However, it is not the sekks that most men are looking for when they admire these alpha men but rather the devotion of the women they see around the alpha male which makes them feel like they don't measure up to such a man. This is what every man secretly craves for but covers it with lust.

The secret of the alpha male is that he manages to keep all the women who aren't down for the cause at bay so anytime you see him with a woman everything seems so orderly and natural . What you don't see is the number of women he has put on read , how many dates he has cancelled, how dry his dms are with only about 4 msgs a day on his personal line.

Stop living in fantasy world and start dwelling in reality , a true alpha male understand the game of time and resources vs sekks and won't waste it trying to get the other because it is usually not worth the price.

Content created and supplied by: KENTALKER (via Opera News )