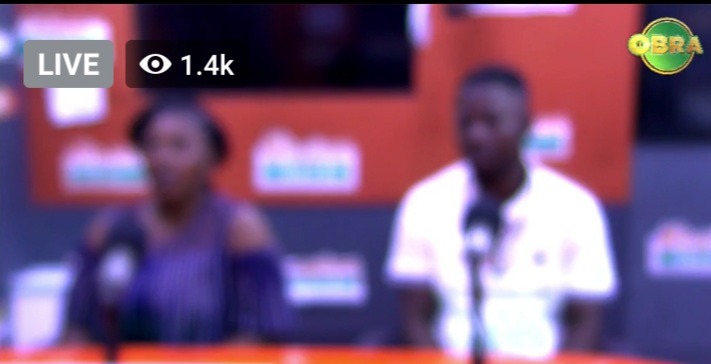 A lady known as Abigail was in a relationship with her boyfriend also called Atta for some years before she conceived but she got a miscarriage. Abigail said her boyfriend lied to her that he is travelling to Accra but he later called and informed her that he has travelled abroad without knowing anything about it.

The lady proclaimed that one week later she went to a club with her friends but she got drunk and one of the men called Emmanuel at the club slept with her. After this incident happened, her menstruation kept flowing but six months later she fell sick and was admitted to the hospital, after a thorough examination, the doctors found out that she was six months pregnant.

Abigail was surprised because she did feel anything like she was pregnant, she then informed Atta about the pregnancy, and he too accepted it, he continuously sent her money to take care for herself till she gave birth. The lady revealed that she noticed from the baby's appearance that he doesn't resemble Atta but rather resembles Emmanuel.

She became suspicious about the paternity of the baby but she was not able to reveal the truth to Atta or even her mother. Four years later, she met Emmanuel at another programme and she fought with him for sleeping with her that night. Abigail continued that Emmanuel went to her son's school to look for him without her knowledge and did a DNA test which confirmed that he is the child's father.

All these while Atta kept on sending her money to provide everything the child needs. She stated that she has regretted and is pleading with her boyfriend's family to forgive her for not telling the truth about the paternity of the child to them, she was waiting for her boyfriend to come back to Ghana before she will tell him the whole truth. Now the child is 12 years old but Atta wants to send the child to Abroad.

The lady said she can't allow him to send her son to where he is now because she knows that Atta is not the father of the child. According to Atta's brother, all their family members knows that the boy is his brother's son and has been taken care of him throughout the 12 years, now that he has prepared to send him Abroad, Abigail doesn't want the child to travel to where his father is and now telling them that the child is not his brother's child.