Leaked Chat Between Two People That Got People Talking Of.

By Asaliwe (self meida writer) | 11 days

There is a leaked chat which went on viral on all the social media platforms that made people talking of.

The chart is between a guy who removed some girl's contact from a group and charted her privacy.

Let's take a look at the chart below, 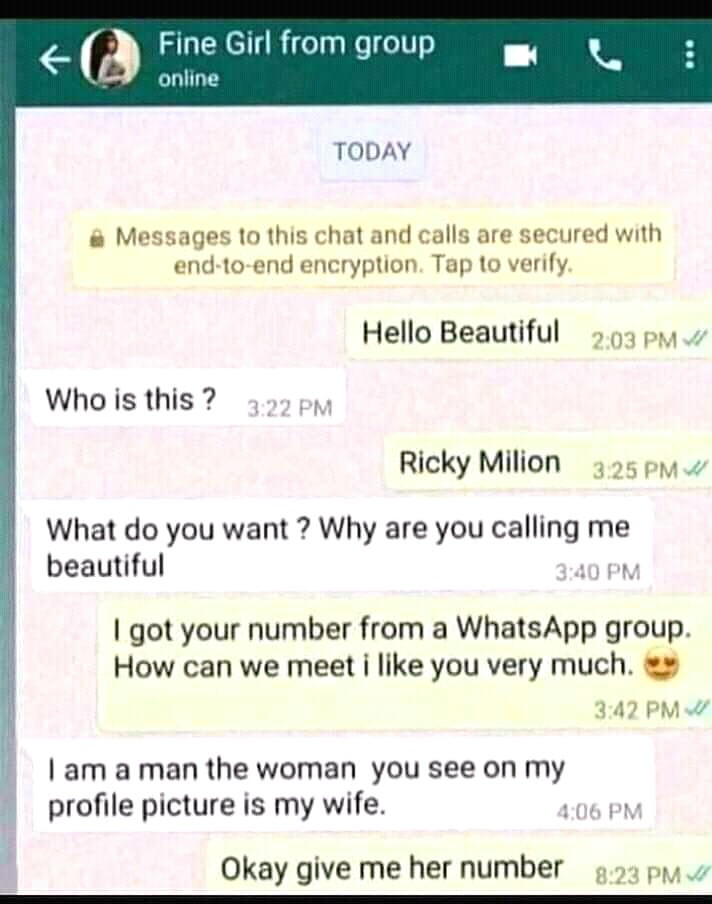 According to the chat above, the guy called the girl beautiful to draw her attention to the reason behind the chat that he is chatting with her.

The girl surprisingly asked the young that why he decided to call her beautiful in the first place and how the guy got the number.

The guy noted that, he took the number from a what's up group which he decided to chat with her.

The finny thing that was stated in the chat was that, the number that the guy took from the group thinking it was a girl number was a number of a male but not female.

The man told the guy that, it was his wife picture that he used to make his what's up profile so he's a boy not a woman.

The guy who took the number from the group boldly requested for the number of the man's wife to chat with her.

This was stated at the last of the chat.

Please don't forget to follow me for more updates.

Video: Bukom Banku's Real Give And Take Battle With Son In Public That Caused Stir Online