5 Key Warning signs That Your Man Is Just Using You.

By MacroSoft (self meida writer) | 29 days

Do you have any reservations about the current relationship you're in? Do you have any doubts about your boyfriend's or husband's feelings for you? Or do you have second thoughts about whether your man is treating you fairly?

Unfortunately, in toxic or unbalanced relationships, this is not unusual. Your partner may be abusing you, whether consciously or unconsciously, leaving you feeling like you're always receiving the short end of the stick. 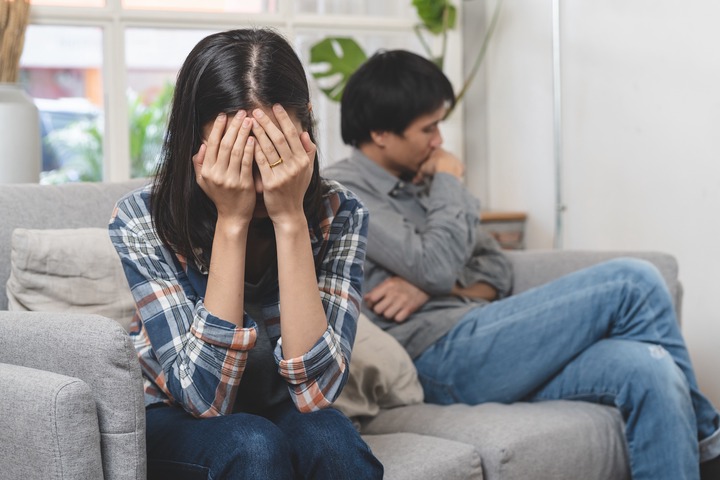 But then why would someone undertake such a thing? They may be afraid of being alone, of losing their financial and romantic security, or of having to face a split. They may want easy access to bedroom activities or simply enjoy being in relationships for the sake of being in relationships. They may have feelings for someone else, or they may simply be putting out little effort.

It's a difficult scenario. Whatever the cause, you do not deserve to be treated in this manner. It can deplete your positive self-esteem and emotional energy, and it's not good for you! As a result, it's critical that you recognize the indicators of such treatment.

These are the 5 significant signs that he's using you.

1. HE HAS NO INTENTION OF BECOMING PERSONAL

Being in a relationship necessitates becoming personal. Both physically and intellectually, you want to come as near as possible. If your partner is unwilling to do so, he may be abusing you. Here are some ideas for how he could go about it:

a) He has no interest in learning more about you.

Someone who truly cares about you will want to learn more about you. That's how they determine whether you'll be compatible in the long run or how to make you happy.

A man who is only interested in exploiting you will have little interest in learning about you - after all, what is the point of investing in you if he isn't planning to stay? He could be completely uninterested in you.

b) He's shut off about himself.

You can't get your lover to open up no matter what you do. He keeps you in the dark about even the most basic details, such as his hobbies or weekend plans. He also refuses to discuss his feelings, so you're never quite on the same page.

c) He doesn't invlove you much in his life.

This man has short- and long-term goals in mind, but none of them include you. He could talk about the future without thinking about you, or he might not talk about it at all. You learn of his accomplishments and life experiences by chance, through others, or when it is far too late to bring it up. You aren't a part of his life to him.

d) He isn't much concerned about your feelings.

When you try to explain how you feel like he doesn't care, or how distant he is, he just shrugs and waves it all away. Even if he acts as if he cares, his subsequent behaviors will reveal that he never truly did.

e). You have never met anyone he knows, like friends or family.

You've been dating for a long, but you've never met his family or friends. When you inquire, he dismisses you. A man who is dedicated to you for the right reasons will want you to meet the people he loves and cares about, while a man who is using you will not.

2. HE HAS PROBLEMS WITH COMMITMENT.

Someone who is abusing you isn't truly committed - at least not in the manner you expect. It's very obvious that if a man won't talk about commitment or a future with you, he's not interested in you.

His lack of communication could also signal that he's trying to hang on to you for as long as he can – or, in other words, that he's just using you.

However, the situation is just as horrible as the opposite way around! Many people believe that someone becoming dedicated to you soon is a good thing, yet it can be quite the reverse.

Early claims of love and devotion may suggest that someone is in love with the concept of you rather than the person you are. That's how you end up as a manic pixie dream girl, used by someone who has no idea they're exploiting you!

Selfishness is a poor trait in general, but it's extremely harmful in partnerships. This characteristic is typically the most telling clue that someone is abusing you; there's no way to justify such behavior! Here are some warning indicators to keep an eye out for.

a) A lot of favour requests.

b) He refuses to submit to compromises.

In any relationship, compromise is essential. If everytime you have a quarrel, you feel like you're getting a bad deal while your boyfriend walks away satisfied, he's taking advantage of your affection for him to obtain what he wants.

c) Habitually borrowing things from you.

Every time you see your spouse, he seems to want to borrow something he enjoys from you. Then, when you answer no, he throws a temper tantrum. He could be only interested in your material possessions.

d) Over-dependence on your financial resources.

Of course, partners' income levels differ frequently. In a committed relationship, it's fine for one spouse to be financially reliant on the other provided all parties agree.

But be watchful if your partner only comes around when he's in a hurry or needs to buy something. This is especially true in new relationships; someone who wants to be financially reliant on you right away raises a lot of red lights!

e) Selfishness even in the bedroom.

Giving and taking are two sides of the same coin when it comes to intimacy. If your partner is primarily interested in his own pleasure in the bedroom and is unconcerned about yours, he may simply be using you for intimacy.

4. HE IS NOT REALLY AFFECTIONATE

In most partnerships, affection plays an important part. Though the degree of warmth varies between couples, it is usually significantly more than none at all.

Because a lack of affection generally indicates a lack of interest, the man in your life may be with you for reasons other than romantic. Here are a few things to keep an eye out for.

a) He doesn't take you out on dates, does he?

Your man never takes you out on dates for some reason. When you suggest one, he usually dismisses it. It's never romantic or unusual when you do see each other. It's as if he's missing a romance chip, but it's more likely that he's simply losing interest.

b) He doesn't make you feel special?

He treats you the same way he treats the rest of the world — or worse. To him, you're often just an acquaintance or a roommate. He also doesn't appear to be interested in altering that.

c) Physical affection is lacking in your relationship.

He doesn't take your hand in his. He refuses to be hugged or cuddled. If you kiss at all, it's usually only on the cheek. A man who refuses to exhibit physical desire to you is usually not attracted to you at all.

An excessive amount of physical intimacy appears to promote optimistic thinking - but beware!

A man who can't take his hands off you but doesn't show any other signals of interest in you could be using you for intimacy or as a trophy to wear on his arm. It's a red signal if he can't stop touching you yet doesn't seem to care about your hobbies, feelings, or objectives.

6. HE ALWAYS FAIL TO TO MAKE YOU A PRIORITY

Unless they're in their own unavoidable circumstances, a good spouse will be there for you when you need them. A man who takes advantage of you isn't going to go out of his way to be supportive or to be there for you. As a result, being in a relationship with someone like this can make you feel insignificant and reduce your ability to think positively.

This man breaks a lot of promises and deadlines. He abandons you at the last minute and regularly fails to show up when you need him the most. He's found a way to avoid spending any time with you at all. He will always choose you over something else if he had to pick between you and something else.

You may find yourself making excuses for him (or believing the ones he makes), but remember that if he truly cared about you, he would find a way to devote even a small amount of time to you.

Using and leading someone on is a painful and often cruel act. It breaches trust and faith, causing a relationship to suffer and the affected partner's self-esteem to suffer.

If you have cause to believe your partner is abusing you, it's time to sit down and have a serious chat about it. You are deserving of better treatment, therefore preserve your optimistic attitude and remember your value!

Kumawood Actress, Shugatiti, Is 31 Years Old Today, See Some Of Her Beautiful Photos