After being caught cheating, this man decided to do the unthinkable. Checkout the evil he did

By the_Kelvin_guy (self media writer) | 27 days ago

A woman has caught her cheating boyfriend and the response of her cheating boyfriend to the "caught" is so weird such that people just can't understand why he would respond in such a horrible manner. The link to this video is found at the end of the article, you can have a look for yourself if you really want to see what really happened.

So in the circulating video, you could see a woman who pounced on her boyfriend out of nowhere. Like a rapture, her boyfriend never knew what was happening until he got to realize it had been too late. I don't know why a man or a woman will decide to choose another partner over the partner they already have. 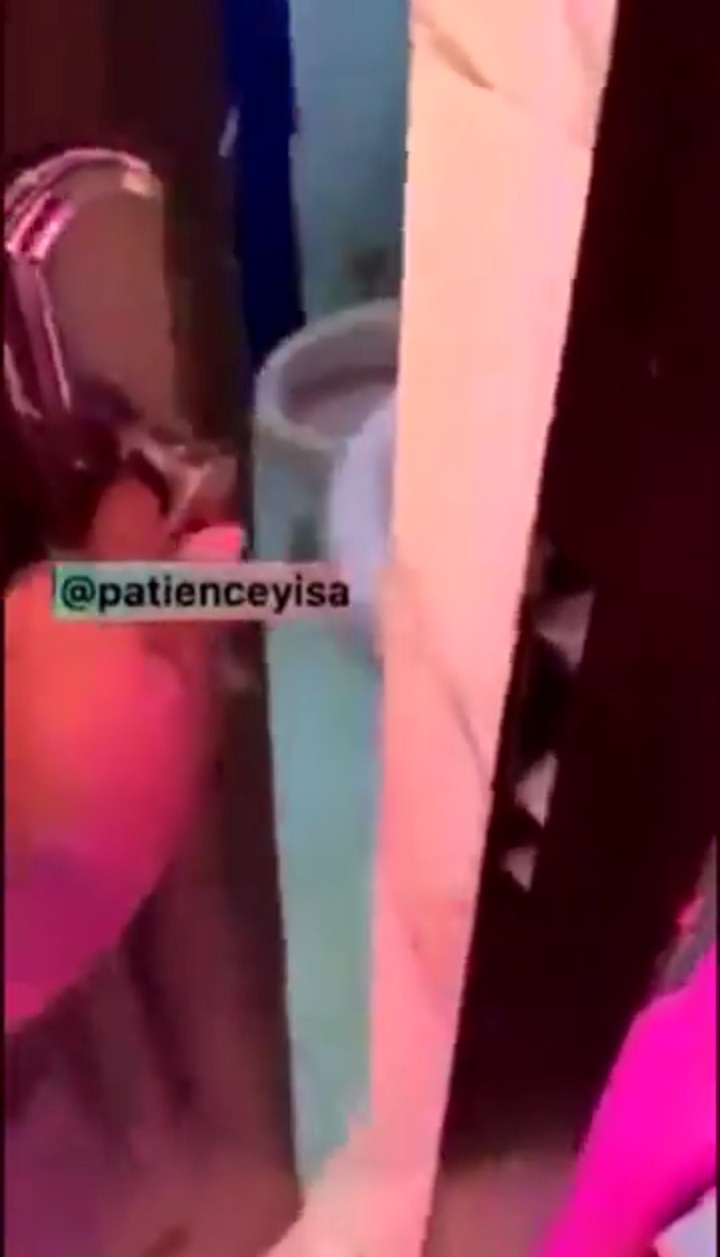 Both partners literally have what these people are looking for so why then would you decide to disrespect the other party by going for another woman who literally has the same hole you are after? This question keeps on pondering in my mind over and over again when I get to hear of cases about people cheating on their partners.

This man had his side chick call him but in his quest to prevent his wife from catching him, he decided to have the call in the bathroom. This is what cheats do, they will make sure that they do their possible best to prevent you from suspecting them but sometimes, all the sense within their heads only ends up exposing them. 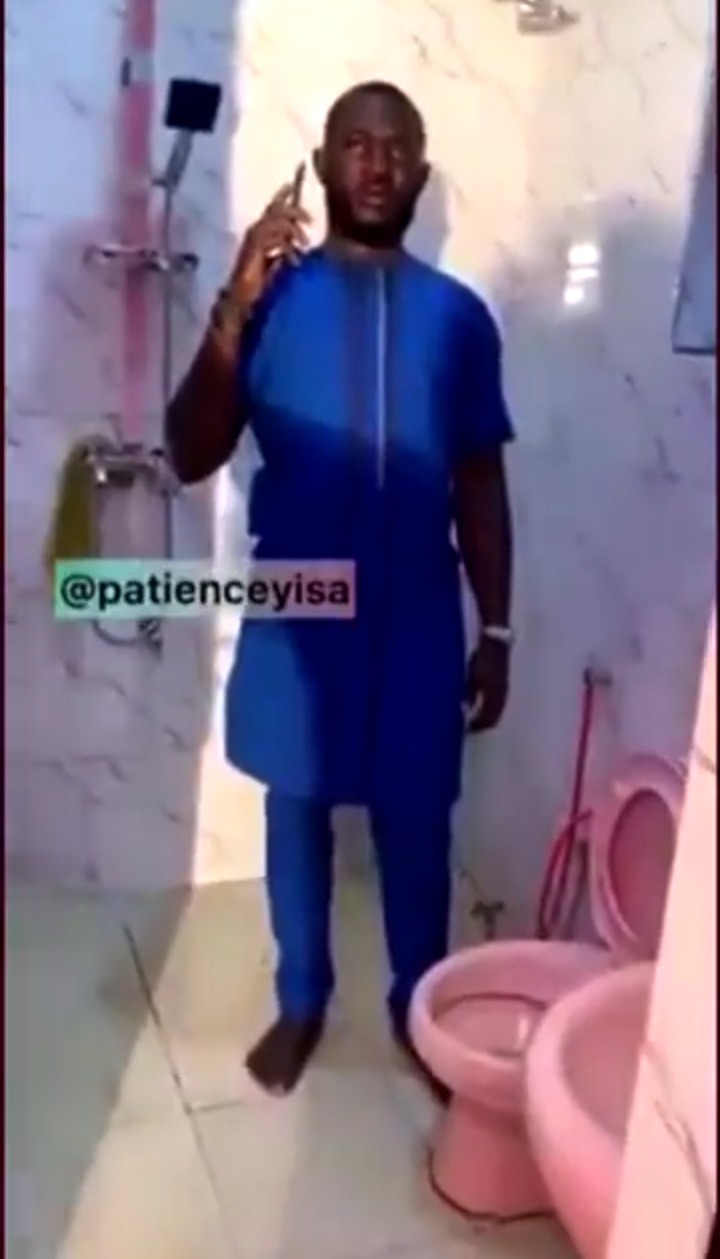 If you are meant to be exposed, nothing is ever going to stop you from being exposed. So, he was having the call in the bathroom but it seems his voice was up a bit so his lovely wife decided to eavesdrop only to find out that she was being played. She then entered the bathroom all of a sudden and asked the cheating husband who he was talking to. 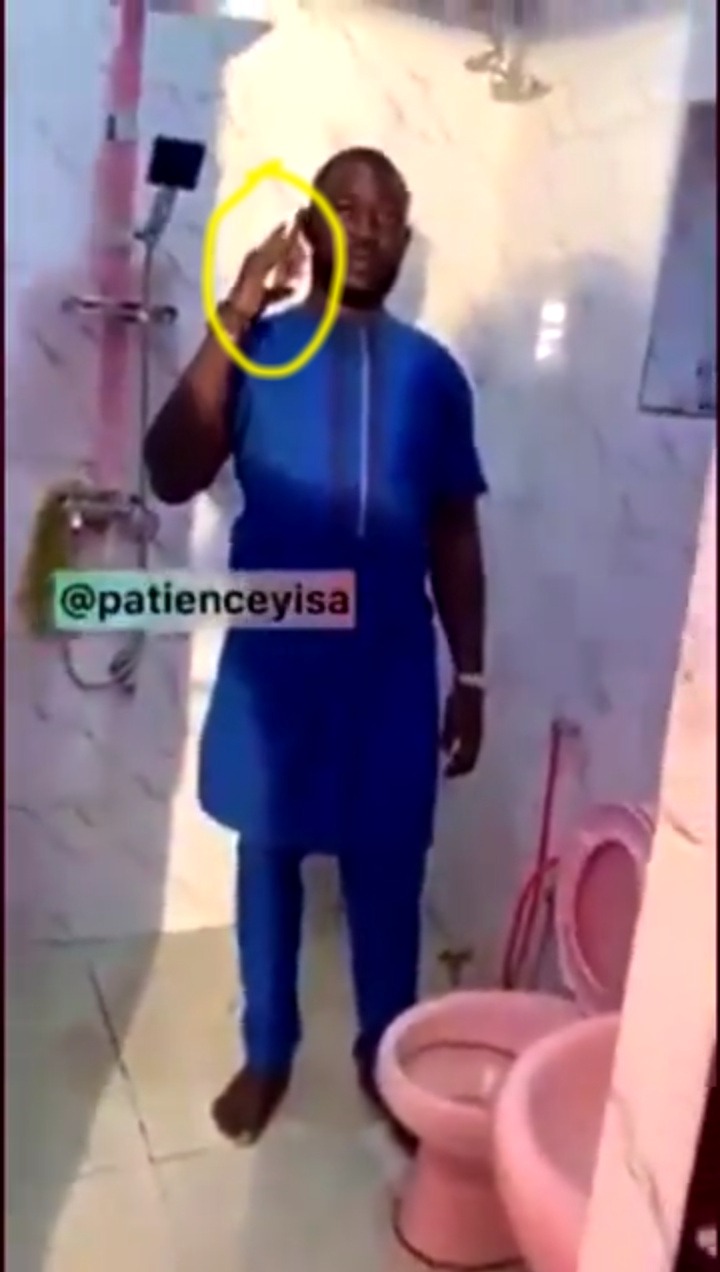 This man had to reply with "no one". Why will you say no one was talking to you when the phone is right beside your ear as seen in the picture above? His wife then asked him to let her see who was on the phone and the next thing he did was very shocking such that you would marvel.

This man couldn't stand the fact that he was going to be caught and therefore, he decided to put the phone in the water closet. He even went ahead to flush the phone away. 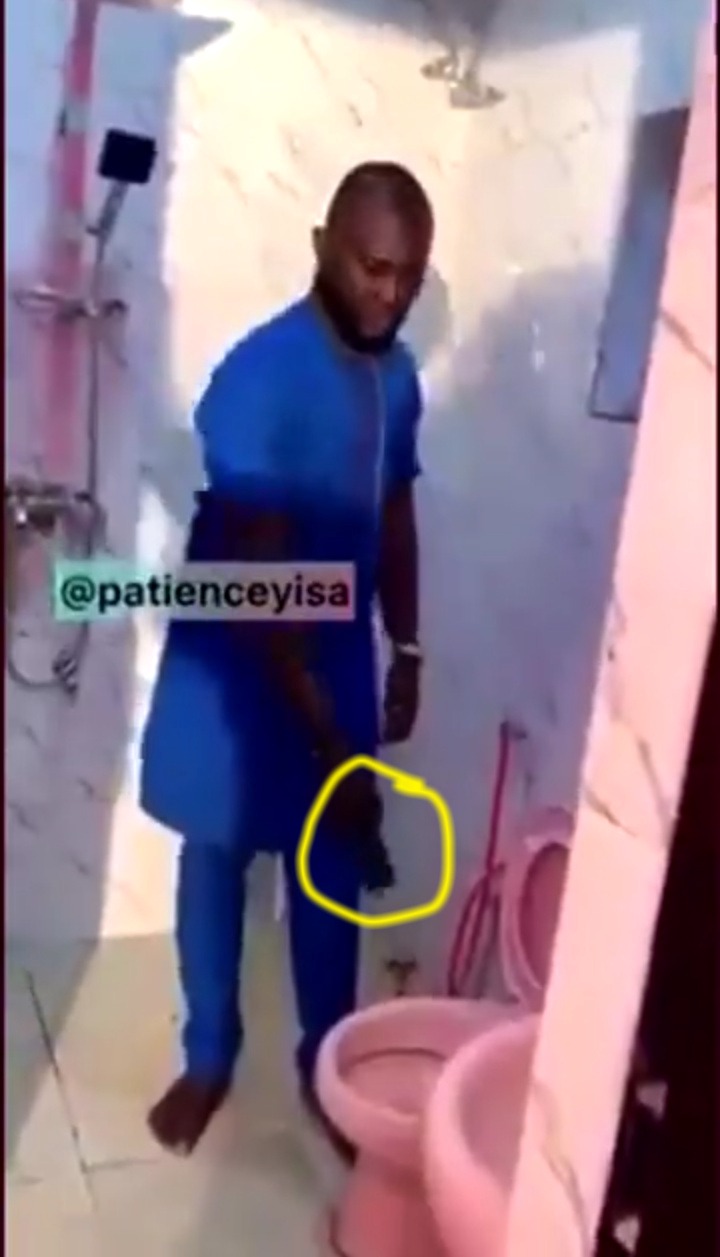 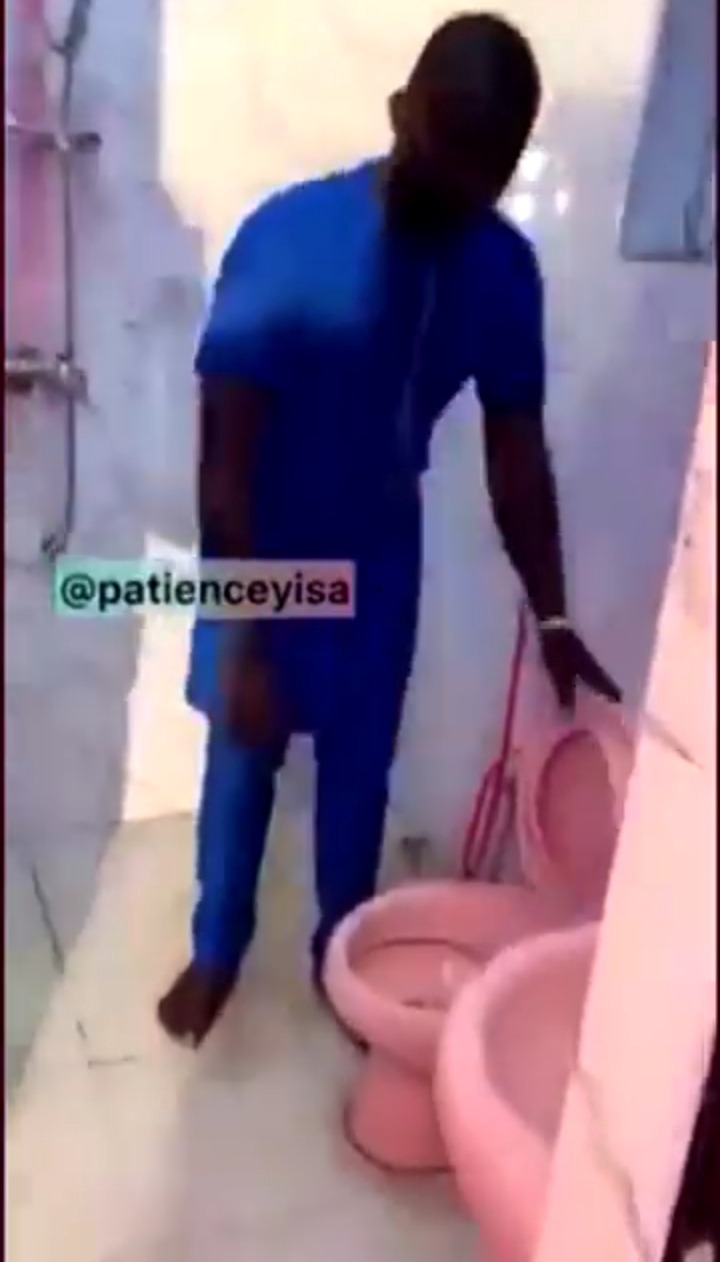 Like a joke, he really did it and I'm so disappointed in him for doing that act. Being caught cheating in a relationship shows you are not smart but what he did just goes a long way to telling us that he didn't act smarter at all. Many people are saying he is a hard guy but I think no hard guy will disrespect his partner just like that. Below is the link to the full video. Watch it here.