I met a girl at a wedding, sent her money to come to my house only for me to find out this- Man

Relationships do not come with a guarantee for the rest of your life. It doesn't guarantee to last a lifetime. And it doesn't always stay forever and ever.

A young man has taken to Twitter to describe how a girl he met at a wedding scammed and deceived him out of his money. He stated that he attended a wedding last year and met a girl who he fell in love with. He approached her and exchanged contact information, but they began communicating. 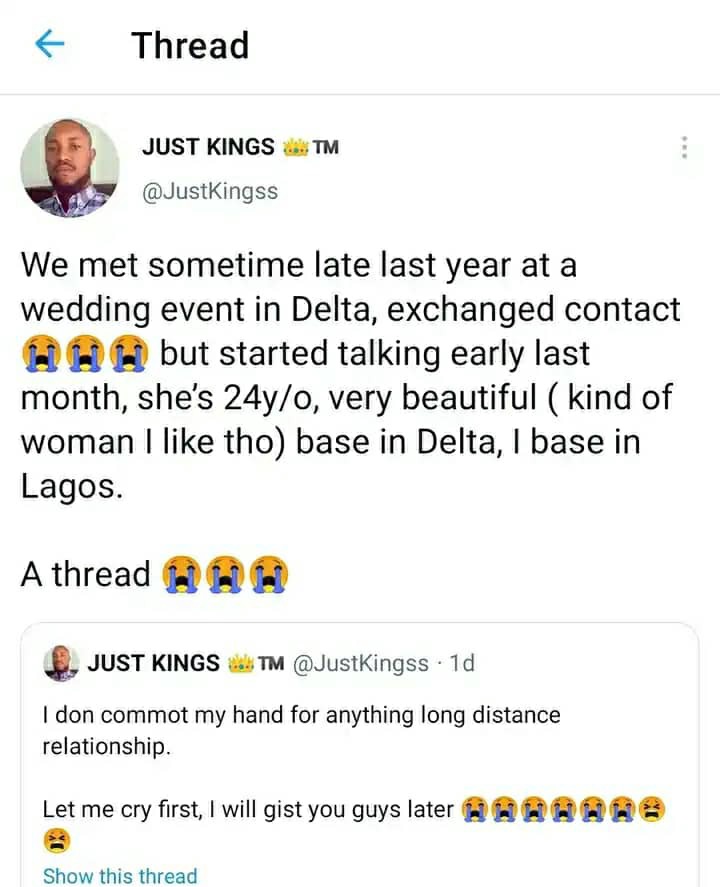 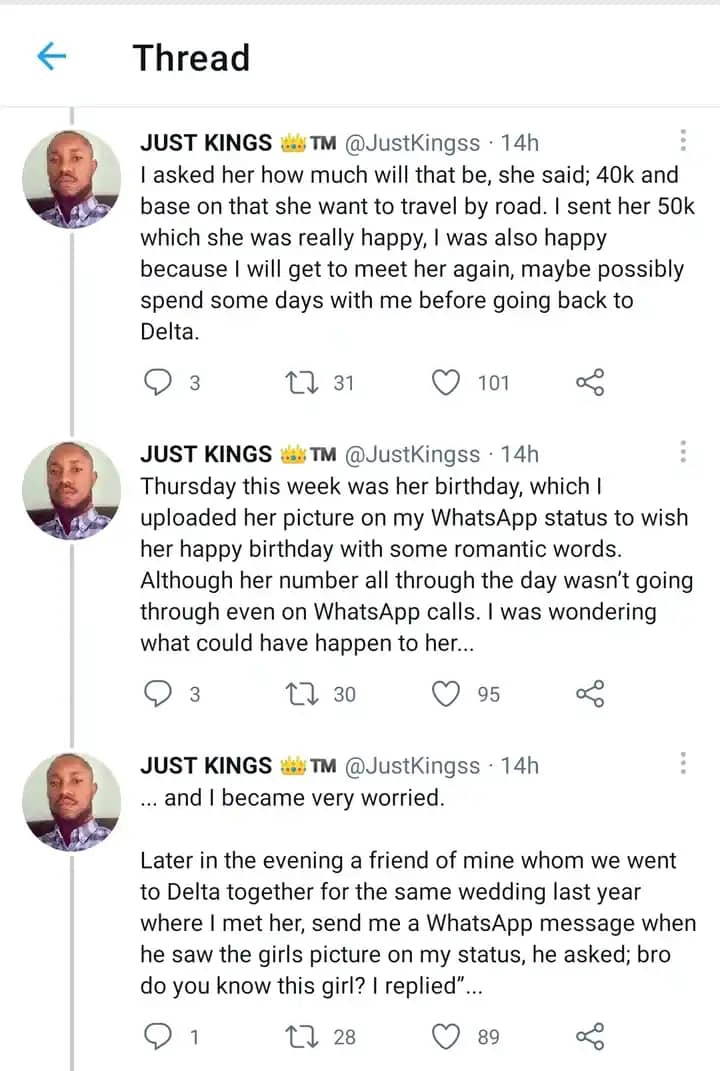 Furthermore, he told her he liked her and described the type of woman he wanted to marry. They both live in different states. She told him she needed her apartment, that she was living with her auntie and her husband was disturbing her. She needed to get her apartment to have her privacy.

He said he believed her. He believed everything she told him because he loved her. She said she needed 300,000 naira to get her apartment. That is 5000 Ghana cedis. 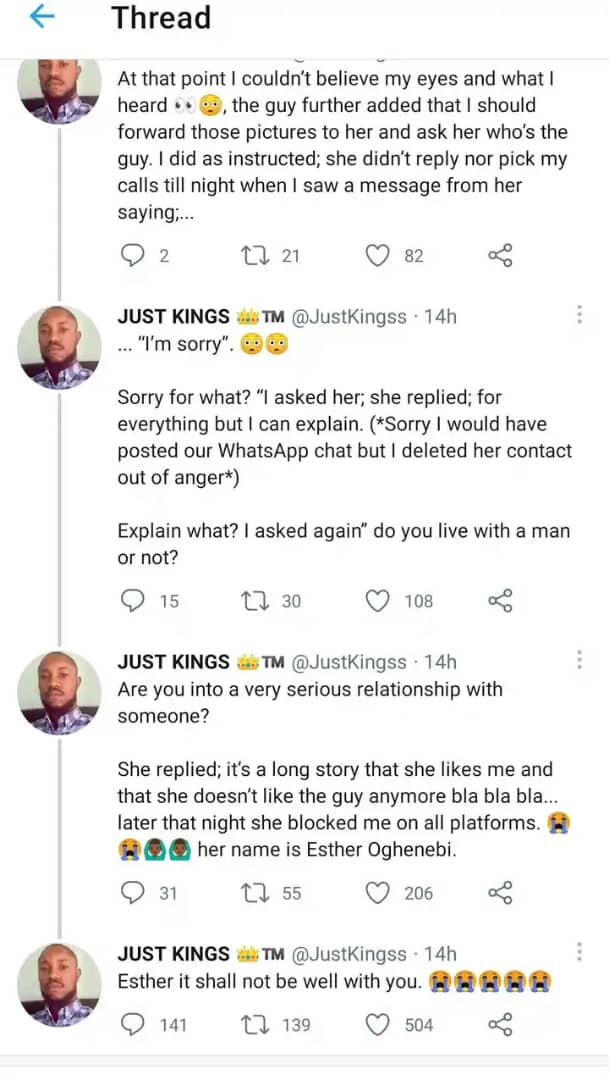 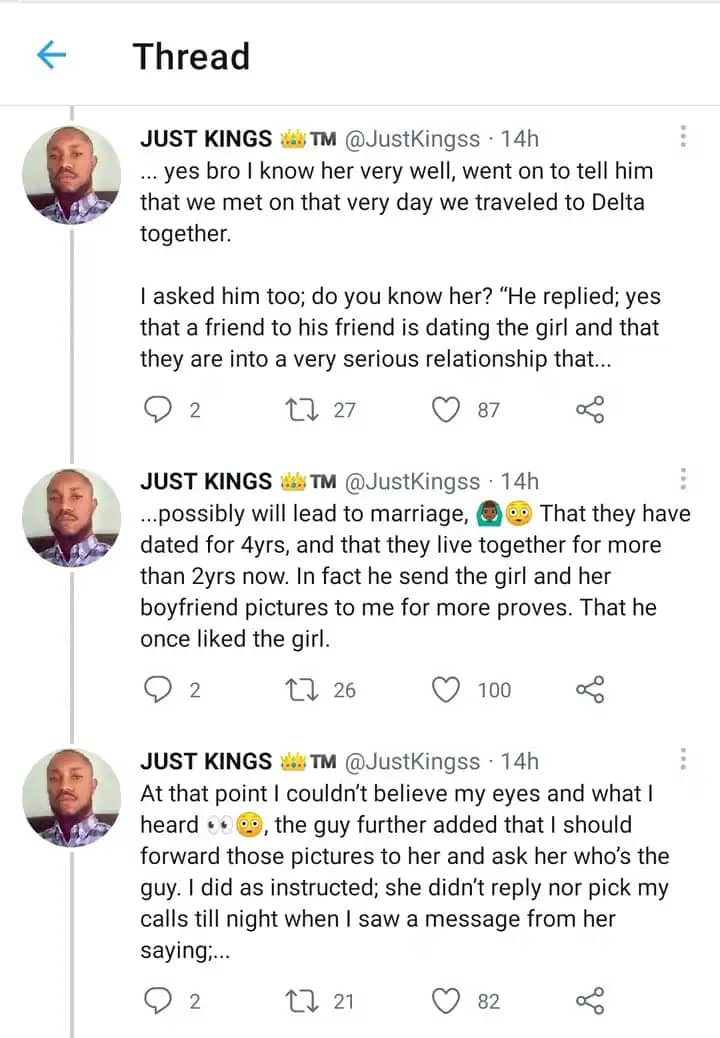 He stated that they always video call, chat, and text, and that she informed him that she was coming to his state for an interview. He was overcome with joy, and he was eagerly anticipating her. She told him that she needed 50,000 naira, which is equivalent to 800 Ghana Cedis, to fix her nails and hair.

He gave her 50,000 naira, which is equivalent to 800 cedis, to purchase those items, and her birthday was supposed to be on a Thursday.

The young man took to his WhatsApp status to celebrate her. He posted some pictures of her. He was happy and wished her a happy birthday, only for his friend to contact him, notifying him that he knew the girl, that the girl was his girlfriend who he was in a relationship with. 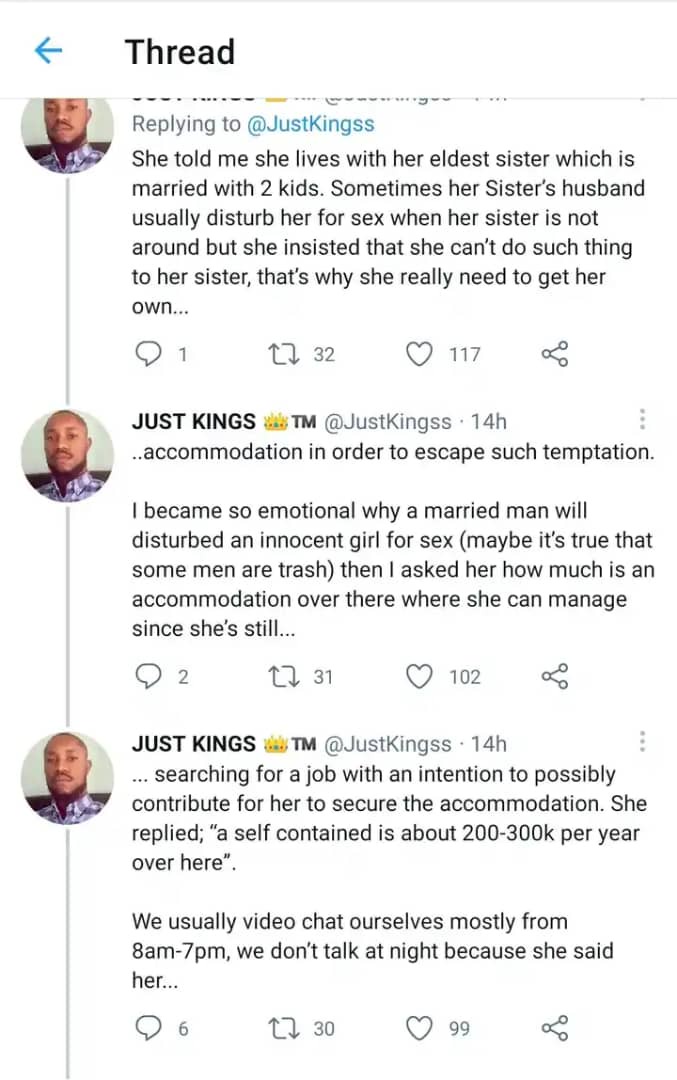 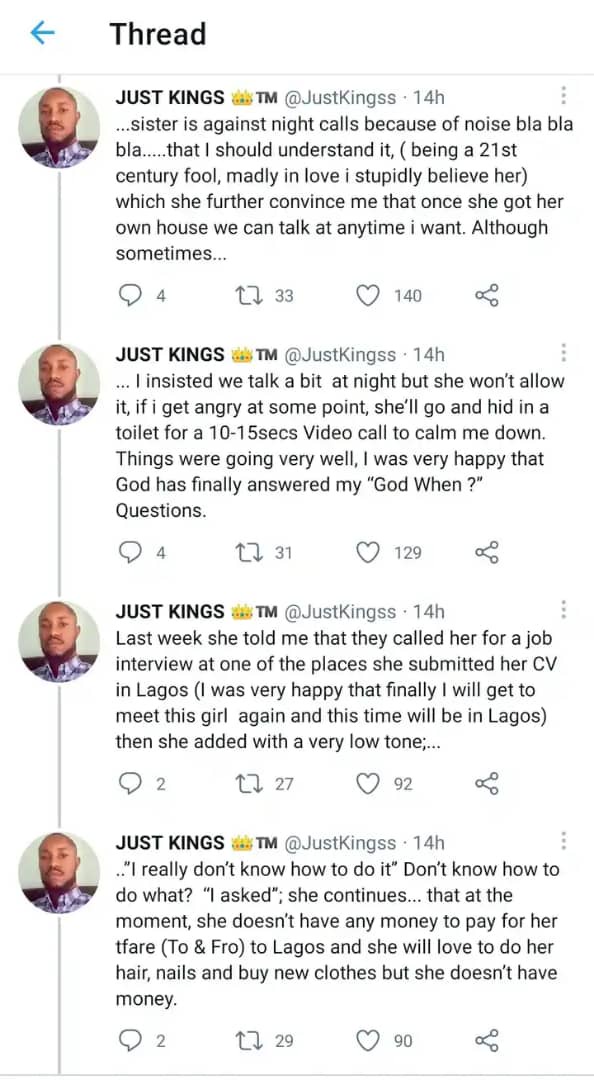 He stated that he had inquired of her. Know his stand in his life and he wanted to know the truth if she had a boyfriend and the girl came up with excuses. 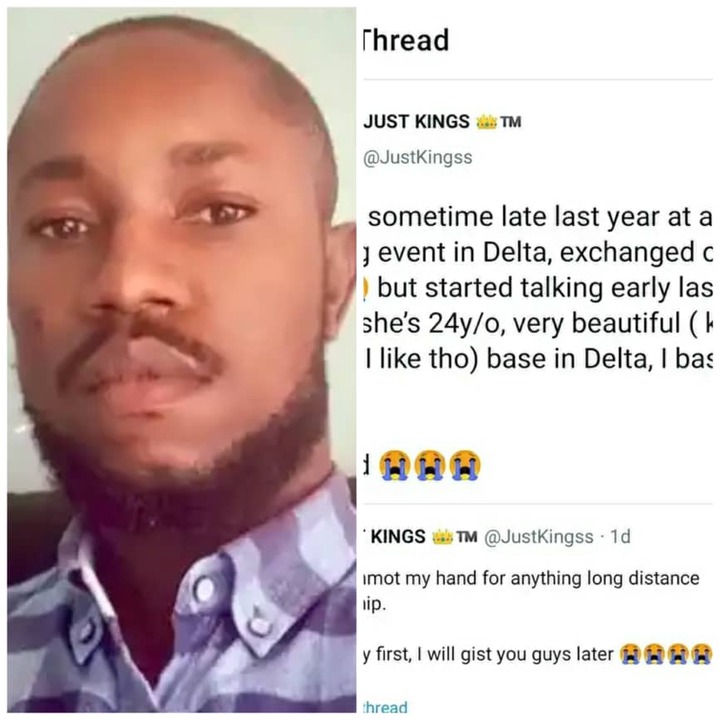 He said he could not tolerate her anymore, and he blocked her.

Do you still believe in distant relationships after hearing this man's story? Share your relationship experiences.

NDC Calculates Koku Anyidoho's Dues He Paid To The Party Since 2017; Ready To Refund

You Said Akufo-Addo Was Intolerant. Now How Will You Describe Mr. Mahama?