Pastor & wife met on Facebook in May, married that same month, divorce after barely 3 months

You may want to calm down and go on enough dates before marrying the person you meet on social media to avoid an awkward divorce shortly after.

A Nigerian pastor identified as the Divine Eye Prophet, Chief Superintendent of the Merciful Mercy Healing Department, Agbor, Delta State, and his wife, Happiness Nwakanma, recently added themselves to the recently divorced list.

Just 3 months after their marriage in May this year, they took different paths, and the servant of God has vowed to spiritually destroy his ex-wife and her family.

Divine Okoh and Happiness Nwakanma reportedly met on Facebook in May 2021. Happiness reportedly commented on the controversial post and their opinions on the matter regarding the prophet's eye and they started talking, eventually leading to a relationship and marriage that same month.

The woman's family reportedly rejected the marriage, saying it came too suddenly, but the couple were deaf to the family's advice to hurry.

After a beautiful marriage, Happiness decided to graduate from a student at Federal Polytechnic, Nekede, Imo State who attended the HND program.

The priest, who initially agreed with the bride's family to support her education, changed her mind after the wedding.

In addition, Happiness accused her current ex-husband of hypnotizing her, saying she had countless nightmares and spiritual attacks, which was why she was chosen to leave the marriage.

Divine Prophet Okoh, meanwhile, also reached out to Facebook to respond to Blessing's allegations, describing them as untrue. He goes one step further, vowing not to rest until he sees the end of his ex-wife and family.

“My spiritual advice to many who have not experienced the wrath of change is never to make false accusations against God's people only to destroy the untouchables. This is a sin against the Holy Spirit, which even God says cannot be forgiven.

"A person like me will not forgive, I will mentally hurt this family until everything dries up there, you can insult me, I will forgive, but saying anything that is not true against the church, everyone who supports it, is drawn according to that. Sacred is the covenant that the church is built on the rock, that the gates of hell will not win, whoever touches the church on the rock falls on the family (you can fight the false prophet and come out free, but God's people, who never do) sell souls them, Satan will not forgive those who discourage them.

"I am an example that I will never forgive until I see the end of this family, I swear on my life (This is just advice for many people born of demons to destroy churches and pastors. Grace is the difference that some are born dangerously) anointing "That's God, I don't like it when they share tears) a lot of love from here," wrote the servant of God on Facebook. 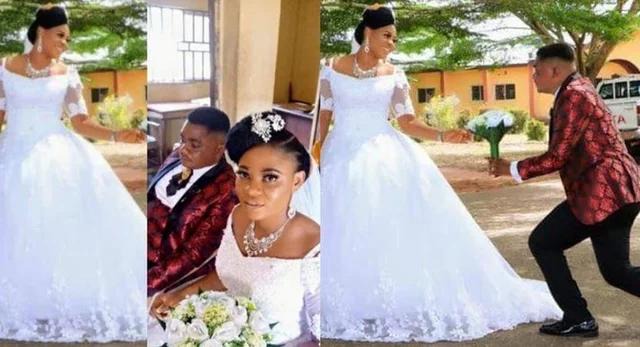 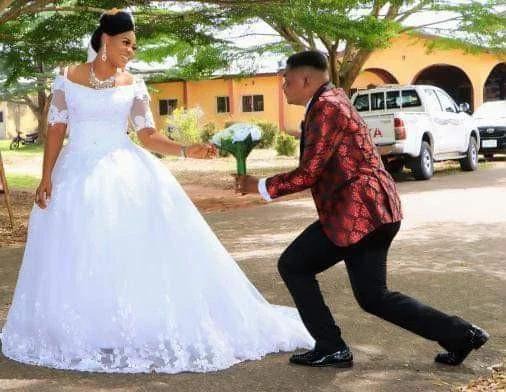 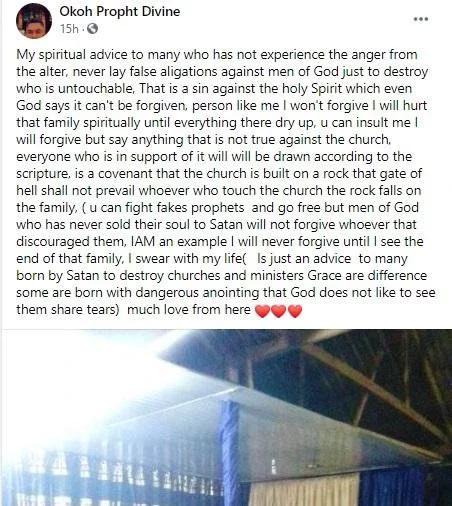