By SamColeNews (self meida writer) | 16 days 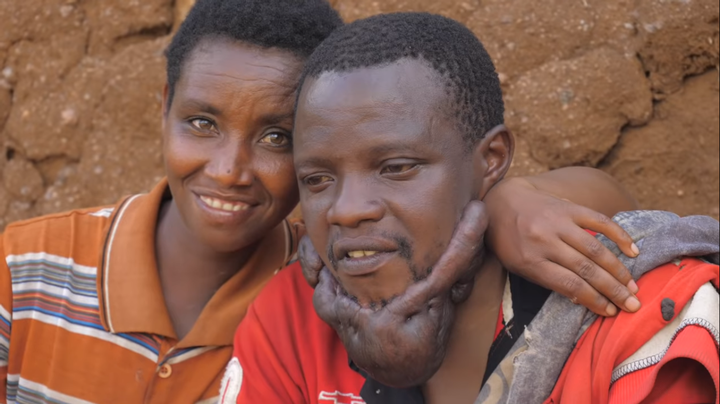 Samuel is a married man with four children. It all started some years back when he faced a problem of what he calls an infection. Which became big and started ruining his life. Samuel went to the hospital for medical attention, but the treatment was expensive very expensive for him and things started going bad. This is how it all started.

It all started years ago when Samuel and her wife met each other. Samuel's wife grace was an orphan and had lost her entire family. She was homeless and did not have anywhere to go. She kept moving on the street every day till she met Samuel.

When Samuel found Grace, she was young, helpless and confused, so he felt sorry for her and took her in. They started living together, and at that point, Samuel started treating her like his own sister of both a mother and a father at the same time. They later fell in love and took a step further to become husband and wife. Everything was going on as they planned and gave birth to children just as any other family should.

They were happy and completely had no problem at this point until things changed from normal. When Samuel was 25 years old, they had given birth to two children and was expecting another. One day, Samuel shaved his beard with a razor blade just as he always did but this time around, things did not go well as he expected.

A few days later, he developed dumps that appear on his chin. The dumps became painful, and he thought that it was normal but little did he know that it would one day be part of his life as a disability. When it became severe, he took it to the hospital and when he got there, he was given a few pills and painkillers. He was told to be sure that the pain was going to end anytime soon.

Samuel went back home hoping the pain was going to stop as the doctors had assured him, but it kept on increasing. It kept becoming worse every day. Later, it grew and became something swollen and extremely big. He rushed to the hospital for different medical attention and was advised to go under surgery. The amount for the surgery was too expensive for Samuel as his job did not earn him that much.

Samuel came back home from the hospital and decided to sell his land and the little things that he had so that he could go through the surgery since that was the only way to survive. After selling their lands and other properties, Samuel went to the hospital to undergo the surgery but after then, things did not turn out as expected.

Samuel was not completely cured of his condition. He was given a list of medicines to buy and was promised to be fine after taking those medications. They started losing hope since his condition kept increasing because the medicine they were told to buy was very expensive. Since they had paid all that they had for the surgery, they had no option than to live with Samuel's condition.

Life changed from being a happy couple to sadness. They had a different life because Samuel could not walk any more. It was his wife who went to dig before they could eat. 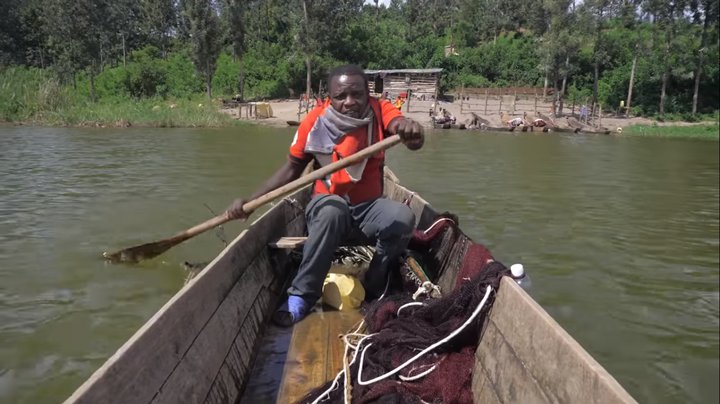 Grace has been advised by a lot of people to leave Samuel for a better life, but she insisted because she loves him dearly and remembers where Samuel picked him from when she was nobody. Grace says she has vowed never to leave Samuel at all cost. As Samuel's condition improved a little, he started going fishing just to reduce the workload of his wife, Grace.

This is the story of the couple who never gave up on each other.