My uncle told me; “There are two kinds of men’ 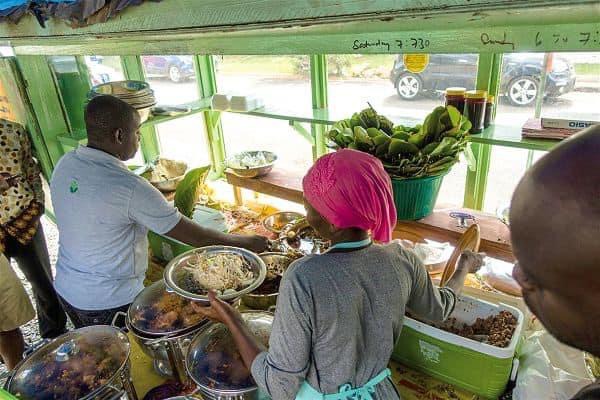 My uncle told me; “There are two kinds of men..." Just before he could go into the details, he choked on the drink he was drinking. He coughed but still tried to tell me what those men were; "There are...kuhukuhu! They are...kuhukuhu! Three...three kuhukuhu!! However hard he tried, his words never came out. The next day, he was walking around just fine. I asked him, “You didn’t complete your statement yesterday. Can you continue?” He said, “There are two types of men. If you open your eyes very well, you’ll see what I’m talking about.

I walked around with my eyes opened, looking to see the differences. But men are men just like rocks are rocks. If rocks are hard, men also have something that gets harder. So what are the differences? I didn’t know.

But I think I’ve lived long enough to know the two types of men my uncle was talking about. I met the first type some years ago.

They are confident and walk around with few words. These type of men go to the restaurant and hardly look into the menu. They signal to the waitress and say, “I want the usual but today make the chicken a little bit spicy and as I wait, kindly bring me virgin mojito to wash down the hunger a little bit.” These kind of men will sit and tap their feet to the music as they wait for their food. They mostly have plying eyes accompanied by wild wandering thoughts; “Wow, that lady in short skirt, I wonder what she’s made of. Would she be as tasty as she looks?” He’ll drink his Mojito quietly, wandering until his food arrives.

After eating, they’ll signal to the waitress to bring them the bill; “Ghc450 Sir.” He would take his wallet, count Ghc500 and tell the waitress, “Keep the change” because every waitress finds solace in that phrase. They can be having a bad day at work. The skies may fall on them but immediately they hear that phrase, the universe aligns in their favour and all their worries go away. The other time, I told one waitress to keep the change but she insisted I should collect my change. I was shocked but thinking about it now, I realized she returned my change because it was only 50p.

I met one of the second type of men at the waakye joint today. The queue was long and tempers were getting high. It got to the turn of this man and immediately the world came to a stand still.

He greeted the waakye seller; “Good morning. Please the waakye how much do you start from? The woman said, “It starts from GHc2. He said, “Oh saa? No more Gh1? Not even GHc1.5? Eiii Ghana! We went or we came? Anyway give me Gh2.”

Man: The meat how much do you sell it?”

Man: How about the fish?

Man: And the wele too?

Man: So you mean that small fish(pointing at the corner of the stew bowl) there is also GHc5?

The woman fetched the fish into the laddle and asked, “This one? Give me GHc4.” He responded, “Put it down. The other one at the middle there too is GHc4?” Now everyone in the queue was getting angry. Every one minute came with a chuckle from someone in the queue. A woman from behind screamed, “Egya, wo ny3 no nt3m na y3nk)? He responded, “Please take your time, you don’t know my pocket.” He went through all the fishes in the stew and later said, “You give me leaves Ghc1. I’ve forgotten that I’m a vegetarian.”

Ask yourself, which type of man are you? If you’ve ever asked, “How much” before you proceed to buy, you belong to the second group and that’s ok. So when it got to my turn, I told the woman, “Waakye Ghc2. Give me one fish, one wele and one egg.” I didn’t need to ask for the prices because when my counterpart was doing the asking, I was taking notes.

He invited me to his guest house for another round, after I finished with the job interview- Lady

"We pray you fail with this kind of attitude". Netizens blast the guy who ate raw chicken

"We should Stop Pretending And Face The Menace"- Hon. Alhassan Suhuyini