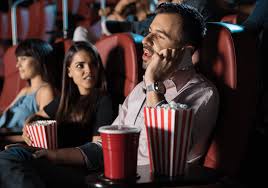 Every woman wishes to marry a man who will love her faithfully and respect her like a queen. That is why staying with a disrespectful man should never be a choice. If you discover that your partner is one, you better get away from him as soon as possible. Choosing to stay with him is a foolish idea.

If you want to confirm whether your boyfriend is really a disrespectful man, you better evaluate how he treats you now. Then, you can check out these signs if they apply to him.

Looks Down on You

1. He Laughs at Your Dreams.

One sign that your partner is disrespectful is how he makes fun of your aspirations. If you cannot talk about them with him because he only says you are too ambitious, he is not the right one for you. The right person will support your goals no matter how big they are.

2. He Rejects Your Suggestions or Advice.

In every ten pieces of advice you give him, how many would he take? If your boyfriend does not even want to listen to your thoughts, it shows that he looks down on your capacity to think. It is obvious that he cannot respect you.

3. He Thinks Your Opinions Do Not Matter.

In connection to no. 2, disrespect also comes in the form of closed-mindedness. Does he cut you off whenever you are voicing your opinions? Is he always right according to him? If he listens to his friends’ opinions but not yours, he clearly does not respect you as a human, woman, and partner.

4. He Underestimates Your Capabilities.

It is also disrespectful if your boyfriend undermines your abilities. For instance, he keeps turning you down whenever you offer a lending hand. Then, you find out that he asks other people for help. Or whenever you want to try something, like a new job, he does not believe you are capable of it.

5. He Compares You to Other Girls a Lot.

Comparing you to other women is surely a sign of disrespect. As his partner, he is supposed to boost your self-esteem and love you as you are. So, it is a red flag if he is outspoken about his bigger admiration for other girls.

6. He Forces You to Change.

One of the worst signs of disrespect is forcing you to change your personality and values just to fit his standards. A true gentleman will respect your uniqueness and not wish you to be a different person.

7. He Yells at You Even If Others Can Hear.

Does he scream at you in anger even if other people are around? If he does, he is clearly a disrespectful man. A person who knows proper social etiquette would rebuke or correct his partner in private to avoid shaming them.

8. He Opposes Your Suggestions in Front of Others.

It is bad enough that he does not listen to your suggestions, but it is worse if he opposes them in front of people. Being your boyfriend, he is supposed to be on your side. Thus, it is very humiliating to have this kind of partner.

9. He Walks Out on You in the Public.

Misunderstanding and fights are common in relationships. However, leaving you alone on the street, especially at night, is very ungentlemanly. If he respects you as a woman, he will take you home safely even if you are not on good terms.

10. He Openly Sides with Others During Conflicts.

As mentioned in no. 8, your boyfriend is expected to be on your side. However, he has a problem if he always chooses to side with or defend those you get in conflict with. It shows that he has no respect for you as his partner.

One of the signs of a disrespectful man is being prideful. It is challenging to be in a relationship with a guy who will never admit wrong. Instead, he will always insist on his point, even if he offends you.

12. He Does Not Apologize Even if He Knows He is Wrong.

In connection to no. 11, a disrespectful man will never apologize to you. Since he believes he is always right, your boyfriend thinks that he owes no one an apology, even if it is clear that he has hurt others.

In short, a disrespectful guy is closed-minded. He will attack your views, principles, and culture just because they differ from his.

14. He Imposes His Demands and Standards on You.

Since he is closed-minded, he will insist on what he wants. He believes his ways are better than others’, so he thinks he can impose on other people, especially you. If you think your relationship is toxic because you have no freedom to do or express what you want, this is it.

15. He Never Listens to Your Complaints or Requests.

While he wants you or other people to adjust for him, you cannot expect him to change for you. No matter how much you beg him to let go of his negative habits, he will just ignore you. He does not care about what you feel or need.

16. He Makes Decisions in His Favor.

Once you have a partner, you must include them in your decisions. If your boyfriend makes decisions based only on what benefits him, he is selfish. On the other hand, if he respects you as his partner, he will consider their impact on you as well. In fact, he is supposed to discuss it with you first.

Does Not See You as a Partner

17. He Flirts with Others Even if You are Around.

Does your boyfriend flirt with other women even if you are together? If yes, he has no respect for you and your relationship. It is clear that he does not care if you get hurt or humiliated in front of others.

18. He Does Not Consult You Before Making Decisions.

As mentioned in no. 16, your boyfriend is meant to consult you before making any decision. Therefore, he must include you in the decision-making process. If he never does it, you have to think twice before going deeper with him.

Constant lying is one of the signs of disrespect too. If your man respects you, he will agree to be transparent and commit to honesty. So, if you keep catching his lies—and he even keeps secrets from you—that person has no respect for your relationship.

20. He Disrespects Your Loved Ones.

Is he rude to your family members and friends? Does he refuse to visit or dine with them? And does he influence you to turn your back on them? If this is the kind of boyfriend you have, your future is in big trouble.

If he makes you wait most of the time, you can tell that he does not respect your time. For example, imagine waiting in a restaurant for two hours, then you find out he is late because of playing mobile games.

22. He Destroys Your Stuff Whenever You Fight.

Aside from your time, a good partner will respect your possessions. For example, has your boyfriend ever broken your stuff? Also, if he threatens to destroy or throw your things whenever you fight, he is not worth it.

What Should You Do?

If you confirm that your boyfriend is a disrespectful man, what must be done? Should you leave him immediately?

Try talking to him about this concern before deciding to break up with him. Give him a chance to change. However, if he does not even listen to you and there are no signs of improvement in his attitude, you better decide to let go.

Check some photos of Sons of Adjetey Anan, Van Vicker and Jacky Appiah.

Allotey Jacobs Boldly Reveals Another Secret About The NDC And Advises Them To Change, Read Details

MTN FA Cup final: We will beat Hearts of Oak on Sunday to crown a successful season - Bechem United