Marriage is a bond of friendship and cooperation, not a pyramid to quick wealth.

By GhanaLady (self meida writer) | 1 months 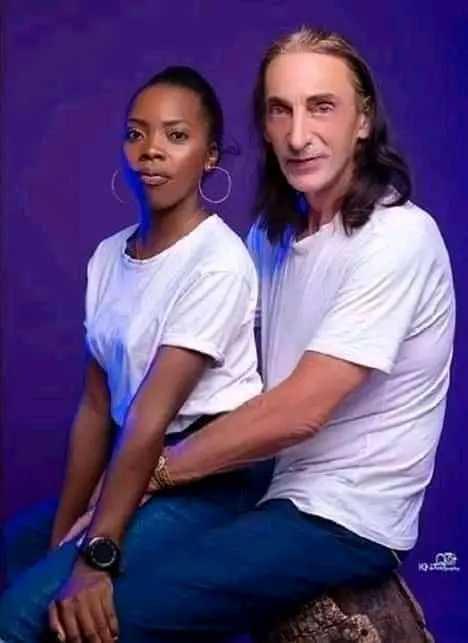 Not only in Africa, but globally, an increasing percentage of young men are hesitant to marry. Some parents are unsure if they will become grandparents in the future. These young men feel intimidated, believing that feminism's new female power has taken the institution of marriage over to rule them in their homes. This worry has harmed serious young women who want to support and promote faithful partners. Expect nothing in return from others who can't provide in cash or in kind. Otherwise, you'll end up with a deficit and no satisfaction. As a result, anger and a sense of betrayal develop. Greed is when you ask for something you'll never be able to repay in cash or kind. You will be credible when you can give back in your own unique way. When dependents cannot get favours, they become angry, sometimes violent, and make requests based on desire.

Women have always helped their spouses in the best possible way, including financially. The fact that some young people, especially women, consider marriage a status symbol is almost indisputable for the same reasons some young people reject it. On both sides, the suspicion used created an unparalleled sense of distrust. They are more concerned with their sanity and the possibility of losing everything they worked hard in their marriage.

These aren't helpless youngsters who eat and pass bowel motions taking no responsibility for their well-being. We educate youngsters to be increasingly responsible as they become older. Adult relationships are not hopeless. It is mutual symbiosis, not a parasitic expectation, that benefits both parties. Even so, one spouse has something to gain from the other that makes them happy. Each partner is expected to provide something to the table.

At work, though, the rules have shifted between the sexes. Many people used to meet their future spouse at work or at institutions. Because of the responsibilities of the employers, the office romance has gone sour. If both partners want to be in a relationship, one of them must leave or be transferred to another department so that coworkers don't misinterpret any actions between them as sexual favors. The rules of engagement in conflicts, should not be applied at home.

If a partner shows you devotion and sticks by your side to help you reach your goals, treat her more than a valuable employee. As the family's co-builder in this situation. A wealthy woman is supposed to thank her boyfriend for his or her protective and supporting actions. A companion is always present behind every successful man or woman. When a couple separates or divorces, especially if there is a kid involved, the law takes this into account.

While some women are prepared to depose men, most women seek a fair relationship. Most women are supportive as long as the guy meets their necessities to support the family. We seldom call a wealthy woman who neglects her family as irresponsible as we do men: "you are not a man. They never tell you that "you aren't a lady" if you don't take care of yourself. When there are minor children, however, the richer partner must contribute to their care.

The issue for parents is that these young men and women are staying at home for longer periods of time. Some of them despise having to pay subsidized rentals or utility bills at home. Indeed, some of these young people who have left home return to take food from their parents' homes or sweet-talk them out of part of their pensions. You don't want mature men and women back in your family who have become obstinate to your counsel.

They simply return home during poor economic times, making things worse. Those with wealthy parents return home with their children and, in some cases, their wives/husbands! Some claim "temporary refuge" in order to save money for a down payment on a home. One person said: "This is my dad's house, you can also go back to your dad's house!"

Even if they are wealthier, women prefer a man who pays his way and takes on certain responsibility. A man was paying all of his expenses without understanding that his wife owned his house. Young guys perceive it as draining every last dime from them as she accumulates wealth. Young people can't rely on the label of "broke-ass man" or "broke-ass lady" to sabotage a good connection or partnership. It is not fair for women to own properties without their partners and collect rent and other costs through agencies.

After experiencing irreparable conflicts with their marriages, Africans living abroad have returned home to bring their girlfriends over. Many young women have heard tales of husbands losing their homes to their spouses. Before going overseas, some schemers plot and boast to their pals back home. Please keep in mind that the law does not protect home wreckers who are foreign wives or husbands. Their spouses for alienation or loss of affection might sue wealthy home wreckers.

They do not know that they are not the legal spouses of their boyfriends and that they may be sued for disrupting their boyfriends' marriage. You can't just seize a house that has been in another couple's hands for years because you're the new girlfriend in town. Local girlfriends get it, but Johnny-just-come-looking-for-awoof doesn't. It may occur when the man and his girlfriend purchase a new home together. Ladies in high-paying professions can outperform the Johnny-just-come whose name isn't on the deed of the house.

Therefore, both men and women with good incomes can buy real estate without worrying about being taken away by the opportunists. If the contract holder is in danger, there is a poisonous pill called a stock loan that only the contract holder can get. Through the stock loan, non-contributors will lose any advantage or greed. No one will warn planners, be they men or women, to sell real estate with negative net worth or with very little remaining funds after equity loans, taxes and other liabilities have accumulated.

The most essential aspect here is Good Faith and Fair Dealing, which is especially vital when children are involved. You can't defraud a lady because you trained her as a nurse to provide a solid income for her family, or you can't take advantage of a hardworking man who was well established when you came. True, males are more likely to be booted out because they relocate to a bigger house and buy more costly automobiles after their spouse arrives, demonstrating a better or showy lifestyle that neither of them can sustain on their own.

The bottom line is "good faith" and "fair dealings." The courts in Toronto, Canada, ordered a wealthy businessman to pay his ex-girlfriend $50,000 a month in child support for the next ten years. After confirming that the two were never married and had never lived together, the court made this determination. A man can be forced to pay support for loss of partnership even if an unmarried couple has no children and no home together, according to an Ontario appellate court ruling.

Content created and supplied by: GhanaLady (via Opera News )