So you fancy a girl and would like to date her. But what are the signals that a girl has a crush on you? If you really want to find all the answers, keep reading. 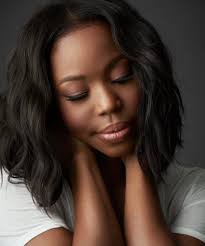 The majority of women have a natural instinct to keep their feelings hidden from men, especially when it comes to their attraction and interest in them. The reason for this is understandable, because it is intended to safeguard their feelings and feminine pride from being abused or trampled on.

However, psychological studies have revealed that a lady’s respect for a man cannot be completely hidden, because it manifests itself in their attitudes and actions.

Regarding this article, we shall be looking at 4 signs that shows a lady is crushing after a guy in admiration. Take a look at the signs below.

1. She enjoys conversing with you.

Listen, there are occasions when we have to speak with guys who we aren't interested in. Sure, we chat and are courteous, but we aren't really conversing.

However, if you notice she's genuinely interested in the conversation and paying attention to what you're saying, it could be an indication she has a crush on you. All the better if she's asking you questions and providing you with her opinions.

2. She is always happy to see you.

When a woman becomes exceedingly happy and excited in the presence of a man, it is a clear indication that she is sexually attracted to him. Her continual smiles, gestures, method of communicating, and body language all reflect her attraction.

3. If she often messages or calls you on the phone.

When she texts you first everytime you log on to Facebook or WhatsApp, or when she enjoys chatting to you on the phone when there is plainly nothing extremely serious to discuss, it’s a sign she likes you and wants you to know it.

4. When she enjoys being around you or spending her time with you.

Nothing makes the majority of women happier than spending time with the man they admire, or, more often, the man they love. When a woman falls in love with a man, she is unconcerned about anything else, especially things that aren’t related to developing her relationship with him. For example, a woman in love with a man will most likely dismiss her relationships with other men, or she may disregard the time she spends with him that could have been spent on something more important.

Flirting is all about creating sexual tension between two people. If she's actively flirting with you, it's a sign that she's sexually attracted to you. When a girl is attempting to flirt with you, it's rather obvious.

Perhaps she's tоuсhing your аrm more frequently, making excuses to do so, or simply plаying about with her words. If she flirts with you, it's clear that she regards you as more than a friend, acquaintance, or stranger. Take this as an opportunity to flirt again.