By News_world (self media writer) | 11 months ago 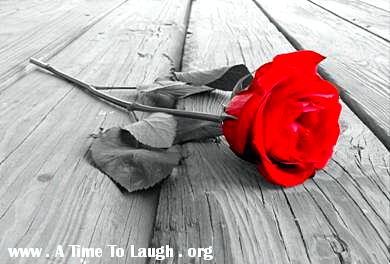 88-year-old Harry Ward is in no danger of forgetting his wife Doris' Valentine's Day card - the couple still use the same one he bought her 70 years ago.

When 17-year-old Harry Ward presented his lover Doris with a Valentine's Day card when he boarded a train on February 14, 1941 to join the war effort, he must have been reasonably confident that his affection would be required. After all the couples had dated since meeting at a Bristol cafe three months earlier. Little can he have imagined that after 70 years he would not only be happily married to Doris, but that she would give him the same card every year that he had given her at the train station on Valentine's Day.

Now the card should be back appear on the couple's mantelpiece when Mrs. Ward, 87, dusts it off in time for the festivities."I take it out of the closet and put it on our mantelpiece every Valentine's Day," she said. “It's as special to me now as it was 70 years ago. Harry, I've never bought one since then because I have this every year.” The couple married in 1942 and had two daughters, two granddaughters and four great-grandchildren. They had met at a café in November 1940 after Mrs. Ward, a domestic worker, missed the bus home.

Mr. Ward, now 88, told us: "I knew Doris was the one for me from the moment I met her. It was a great night during the Blitz, but at least that meant we met. I gave the Valentine card then and she is still my Valentine now. "

Also, we were told, "The secret to our happy marriage is that we never go to bed without a kiss for good ninght. We are as in love as the day he gave me this card for the first time. "