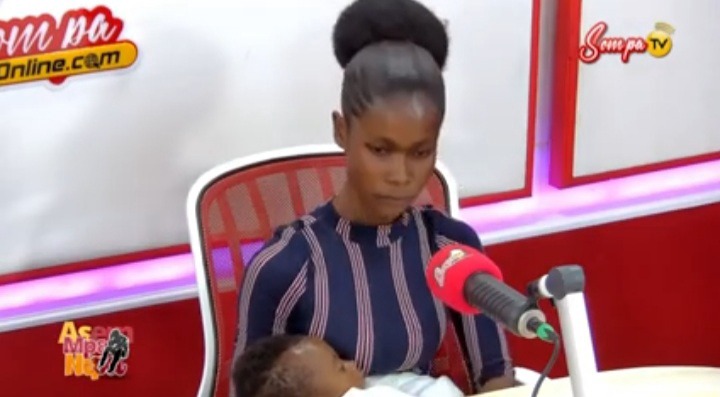 A lady called Mavis Mensah from Tepa got into a relationship with Dominic Apaw for quite a long time before she conceived, but when she informed her boyfriend about the pregnancy, he told her that he is prepared to give birth and also he is making preparations to travel abroad.

The lady said her boyfriend gave her money to buy medicine and abort the baby so that he can concentrate on his travelling. Mavis revealed that she took the money but did buy the medicine because she was afraid that she may lose her life. She later called Dominic and lied to him that the abortion was not successful but he gave her a reply that he will let her go through hardship till she gives birth.

Mavis stated that she tried calling him on several occasions but his phone was switched off. A few months later she received a text message from her boyfriend indicating that he has travelled abroad, he even assured her that he is working so he will try his best to send her money. The lady again said she didn't receive any money from him till she gave birth. Even it was her mother who went for a loan to pay for the hospital bills.

Some months later, one of her friends informed her that she has seen her boyfriend at Awomaso in Kumasi but she didn't believe her. Mavis then went to where her friend saw Dominic and truly she found him at his sister's shop. He pleaded with her to forgive her for lying to her and even promised to pay back all the money she has spent but till now she has not received anything from Dominic.