"Just because I have a manhood does not make me a man, I see myself and my body as a woman" - James

Cross-dresser, James Brown has revealed that he sees himself as a woman with a male organ. He made this declaration via his Instagram page. His post sparked reactions from some of his followers on Instagram. 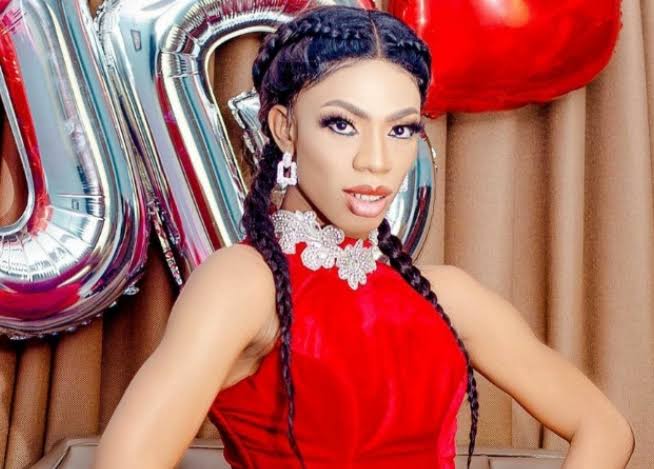 James Brown has responded to a lady who referred to him as her man while participating in a viral trend on the video-sharing platform, TikTok. In his reply, he said that the fact that he was consistently being referred to as a man is very insulting, he added that he consistently says that he is not a man but a woman. 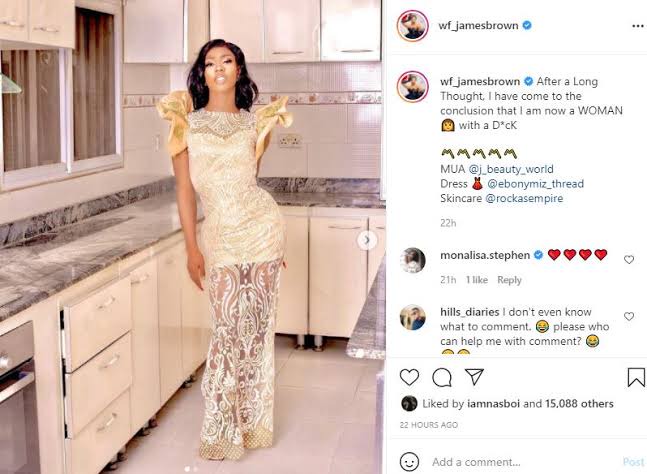 He then warned people to stop calling him a man, adding that just because one has a manhood does not make him a man. Reacting to this, James made it clear that he is not a man but a woman who is also struggling to have money.

Here is the video