RARE Facts On Ken Ofori Atta, You Never Knew and PICS Of His Wife and Kids, You Have Never Seen.

Ken Ofori Atta is one intelligent and forward thinking man and beyond politics in which he has involved himself in, he is a very respected and decent ever-growing-young man. Here are a few facts about him, that many may well, not be fully be aware of.

Ken Ofori Atta is a passionate believer and many may have had a hint from this, anytime he has read the budget, as he innovatively finds a way, to included a powerful verse of scripture, to drive home his intent and a purpose, far greater than him.

This relationship with God, started very early in life, as far back as Achimota College, where he decided that, despite having a privileged background, he wants to make the best out of this life. This was because, he had seen others well privileged also, but wasting away, as their lives, had taken a sudden turn downwards and he has since not turned back, even when he was based in the USA and working with top world renowned bank, such as Stanley and Morgan.

He is very close to several men of God, but recognizes Archbishop Duncan Williams, as a spiritual father figure in his life. Most recently, when he was approved by Parliament, one of his first options, was to head to Mount Zion Prayer Ministry International for the Thanksgiving Service at Lapaz.

In his speech, he expressed profound gratitude and thanksgiving to God, for his protection and promotion. He acknowledged that, what many see as successes in his life, has always been by the hands of God and his unending holing unto Him, as his everything. He also expressed thanks to the senior pastor of the church, whom he described as a friend and prayer warrior, who has stood by him all the time, in his career, marriage and even public life. He promised to continue to be a support to the church and asked the pastor, not to also stop holding up in prayers, as he seeks to bring a transformation to Ghana's economic status daily. Again, Ken Ofori Atta, who is passionately called Kenneth by his wife, is one cool and intelligent gentleman. What many may not know also about him is that, Ofori-Atta is married to Professor Angela Lamensdorf Ofori-Atta, a clinical psychologist) at the University of Ghana Medical School and they are blessed with four children.

Interestingly however, whereas her wife's background is in science, she has always also been close to the businesses of her husband, Kenneth Ofori Atta. For instance, she has always been one of the Directors at Databank Group and even head the Databank Foundation at one point. Because of her dad been a Whiteman, her children with Kenneth Ofori Atta, have also become half-caste also.

Ken's wife, also serves on the Board of Enterprise Group, the nation's largest privately owned finance conglomerate with interests in insurance, banking, mortgage, housing, etc. It is believe that, Databank, is the largest shareholder of this fast growing financial powerhouse in the country. 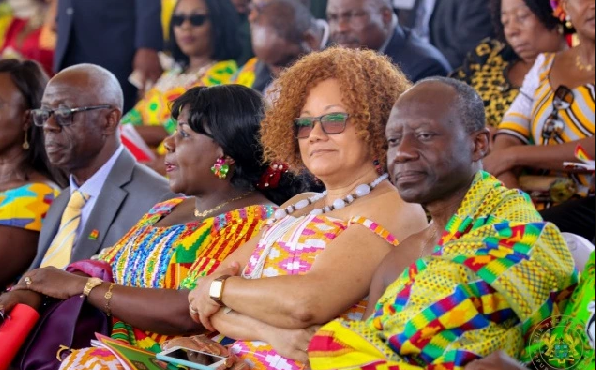 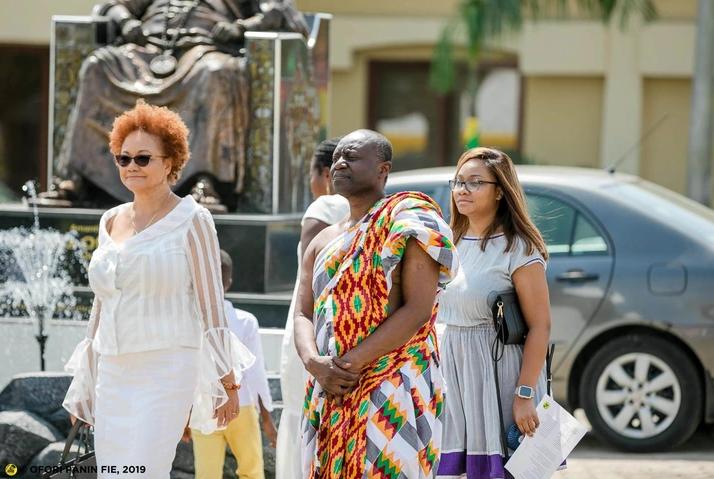 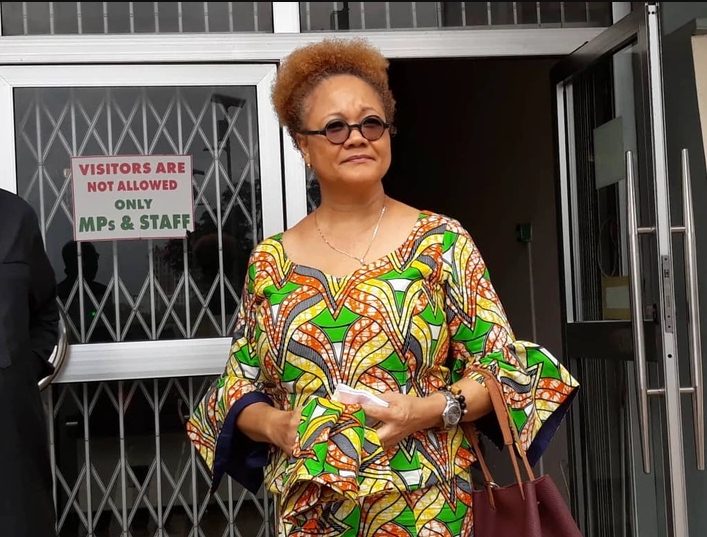 The last bit, may really be one funny truth. From a document made available online, it is indicative that, just like many of us, who had to re-sit SSCE, Ken Ofori Atta, may also have had academic challenges whiles he completed Achimota.

In this detail, it indicates that Ken must have failed Economics and Maths. Fast forward however, he has made a career out of same and may unveil his unflinching tenacity to get things done, if need be. This was one controversial topic, that USA based Kelvin Taylor broke, many weeks ago this year, as found here at https://www.youtube.com/watch?v=z8cYMPzHgQY. 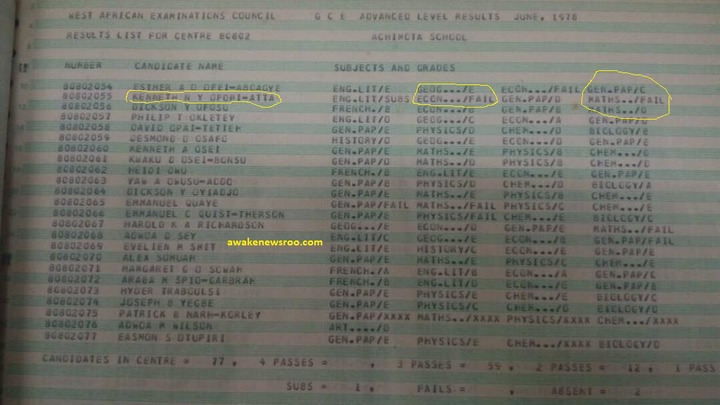 Worth noting also that, after this Achimota debacle, he moved on fast, as he successfully attended Columbia University in 1984 and was awarded a Bachelor of Arts in Economics He also proceeded to have obtain an MBA from the world renowned Yale University School of Management in 1988.

Internationally, he is highly reputed, as Ken is a Henry Crown fellow of the Aspen Institute and was adjudged as the "2nd Most Respected CEO" in Ghana. Ken is a Donaldson Fellow at Yale University in 2010 and a recipient of the John Jay Award from Columbia University in 2011. He is also a Co-Founder of the Aspen Africa Leadership Initiative.

He was honored by PriceWaterHouse Ghana twice as one of the Top 5 Most Respected CEOs in Ghana. and in May 2018, he was adjudged Best Africa Finance Minister of the year by London-based magazine, The Banker. Joint World Bank-IMF Development Committee, Chair (since 2018)[15]

Since 2017, he has been an Ex-Officio Member of the Board of Governors of African Development Bank (AfDB), and other top international organizations, such as Multilateral Investment Guarantee Agency (MIGA), World Bank Group,

Opinion: See Hilarious Photos Of People Taking Fashion To The Next Level