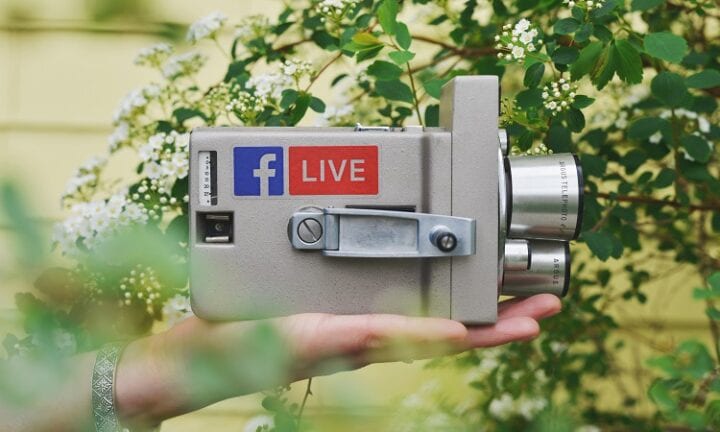 While some people are really private when it comes to their love life, there are others who just can’t help but tell the world about everything that’s going on with their relationship: from their recent romantic getaways, screenshots of the last text messages they’ve sent to each other, photos of their sweet and thoughtful anniversary presents, to the long and often grand status updates declaring their promises of eternal love for their partner, etc.

There’s nothing wrong with openly expressing your love for someone and many can agree that it’s such a sweet and romantic gesture to find your name or your photo on the Facebook news feed paired with the most thoughtful and sincerest words that anyone has ever written just to impress you.

However, happy couples don’t really need all the attention that most Facebook love birds crave. In fact, people in a strong and healthy relationship do things differently online and pretty much exert all their sincere and genuine efforts privately offline, away from the public eye.

To fully understand what we’re trying to say here, let’s first take a look at some of the things that truly happy couples don’t do on Facebook.

1. They don’t post screenshots of their private conversations online.

There’s a reason why it’s called a “private message”: you don’t let hundreds or thousands of people read your personal conversations, especially if it’s about something confidential and sensitive.

As a partner, no matter how sweet and inspiring some fragments of your daily chats are, it’s important to respect your significant other’s privacy and protect their deepest thoughts from the curious and often critical public.

2. It’s not a big deal if there’s no anniversary greeting on the news feed.

You don’t have to feel bad about not getting that touching surprise of posting the sweetest “happy anniversary” message online for all your friends to see. Remember that this relationship is between you and your partner – as long as you know that you love and appreciate each other, then it’s enough.

3. They don’t change their relationship status after every petty argument.

Do you really have to change your In a Relationship status to Single right after every fight? If you really do believe that there’s a chance that you can fix it, that it’s just a petty argument and you’ll both calm down after taking a time off, then you don’t have to make such a drastic (not to mention intriguing) move.

4. You’ll never see them argue online – especially with all their friends witnessing the whole thing.

Why would you let your friends (not to mention strangers) see the worst and most terrible stages of your relationship? It’s important to have a strong support system when you feel sad and upset but the online world is not the best place to find it.

Why don’t you pay your friends a visit and seek their advice in person? Maybe give your parents a call and just let it all out? Because while some people do care, others are just there out of curiosity – and most of the time, for entertainment.

5. They don’t feel the need to post every single detail of their day together.

Because happy couples know that they don’t have to. Those special times they spend together are just too precious to share with others – especially to strangers and others they barely know.

Posting everything about that perfect night together will just ruin the solemnity and sincerity of that moment.

6. They don’t rely on Facebook for Likes and Reactions as validation that they’re perfect for each other.

They don’t need other people’s opinion and approval. They know exactly what they need in order to be happy and they both know that they can feel content and have the most beautiful relationship without seeking the world’s attention every step of the way.

7. They have their own relationship goals.

They know what they want in their relationship and how they can achieve it. It’s important for couples to set their own objectives and they should not feel pressured to aim for the often popular and most of the time unrealistic relationship goals that they see online.

8. They resolve problems and issues without letting the online world pass the verdict.

It’s helpful to consult your close friends and family about matters involving your relationship. What is not helpful is when you let strangers and people you barely know make the decisions for you. Remember that whatever move you make, it’s the both of you, not them, who will suffer the consequences.

9. They don’t fake good times or pretend that they’re okay even if they’re not.

Some couples feel that it’s an obligation to be happy – or at least to pretend to be – in posts and photos concerning their relationship. They think that by doing so, many people will find them as an inspiration – or an object of admiration because they are just too perfect together.

However, this sense of “responsibility” of being the perfect and always happy Facebook couple puts a lot of stress and pointless burden on the relationship.

10. They don’t create drama just to have something to post or write about.

In a healthy relationship, you don’t really entertain and accommodate unnecessary emotions especially if they can effectively make the problem worse. In addition, you don’t have to create an eventful, twist-filled and dramatic scenario just to get the attention of your Facebook friends.

11. They live and enjoy their romantic life offline.

Lastly, happy couples don’t actually need Facebook or other social networking sites just to make their relationship meaningful. In fact, their best and most wonderful moments together don’t even make it online. Rather, they spend and live a genuinely happy life offline, without the drama, without the expectations and the responsibility to be that perfect and inspiring couple that people demand them to be.

The truth is, you don’t need everyone’s approval to realize how lucky you are to have met someone who truly and genuinely loves you. Happiness in a relationship should not depend on Facebook Likes/Shares/Reactions or on any online publicity stunt.