Ladies, please don't do the following things if you wish enjoy your man

By GideonTech (self media writer) | 21 days ago 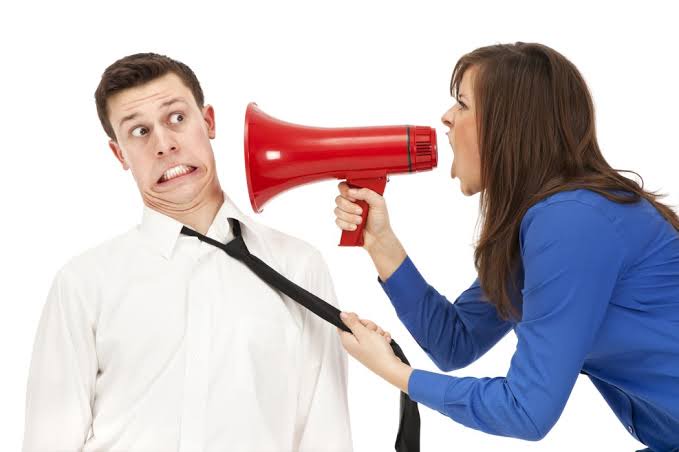 Men aren't from Mars, and women aren't from Venus, in my opinion. We are, nevertheless, somewhat dissimilar. Every person is a result of their upbringing, environment, education, and time, but despite these effects, it's all too easy to fall into gender stereotypes.

While stereotypes can be used to rationalize certain behaviour, they may also include some truth. It would be easy for me to write a list of things we despise about males as women. But that's not something I'm going to do. Instead, it's time for women to recognize what we do that irritates our male partners:

It's fine to communicate some worries with trustworthy friends or family members, but be cautious about who you tell this sensitive information to. Respect your husband and keep intimacy private. He might not want you to tell anyone else about this.

2. We take pleasure in keeping secrets (and can use them against you).

When males communicate their secrets, they feel vulnerable, whereas women, no matter how private their secrets appear to be, love to share them. Do you see the issue? Never use these secrets against your husband to show him you love him, especially when you're bickering.

3. Give our husbands the impression of being the "bad cop"

Men are sometimes accused of being the "mean parent" in families with children because they enforce the rules and punishments. The guys in our lives despise the tendency for women to portray their husbands as "bad cops."

4. Women harken back to the past.

Reminding your partner of the day, hour, and minute of anything that has ever disturbed us in the relationship is bound to dampen his mood. If you bring up old issues and mix them up with new ones, the problems will only grow worse.

5. Make intimacy a risk or a benefit.

When we utilise our feminine appeal to achieve what we want, men dislike it. It's critical to remember not to do this and to be honest about what we want in order to have a happy and healthy marriage.

Let's be honest. You'll probably wind yourself peeking through his belongings if his phone doesn't have a password, his wallet is visible, or you're putting some personal papers in the drawer. Men are aware of this, and it irritates them. There should be enough trust in your relationship that you don't feel compelled to surreptitiously peek through your man's phone to show his honesty.

7. Women are constantly expressing their dissatisfaction.

No one, especially your man, like hearing someone moan all the time. Women have a proclivity for noticing the negative, but they should attempt to focus on the positive as much as possible.

8. We enjoy having complete control over your life.

We do it with the greatest of intentions, but our spouses are not pets; they are human beings. We enjoy critiquing your haircut, choosing your attire, and deciding what you'll do on Saturday. Try to be a little more tolerant with men because they don't like to be controlled.

This is the worst expression a woman can give a man. Don't tell him that all men are the same, as no one told you to try them all. You will look immature and critical. Men hate this phrase simply because it's not true. Not all men are the same. Look beyond the stereotypes that govern you, and you will find that your judgement is not true.

It's tiring for men to constantly ask girls where they are, who they are with, and when they are going home. Remember that you are not his mother, even if you are his companion. He is an independent person who can handle the situation himself and you don't have to worry. A woman who wants to chase her husband and learn the details of life eventually loses her husband.