I Boarded A Bus Going To Onitsha, A Man Started Touching Me And This Happened- Lady Reveals

By Amos_news (self media writer) | 1 year ago

Unfortunately, some men have a reputation for bullying and threatening women on a regular basis. They take advantage of the fact that they are men and see it as an opportunity to do whatever they want with the women. This is very detrimental because it demonstrates a lack of home schooling, good etiquette, and respect. 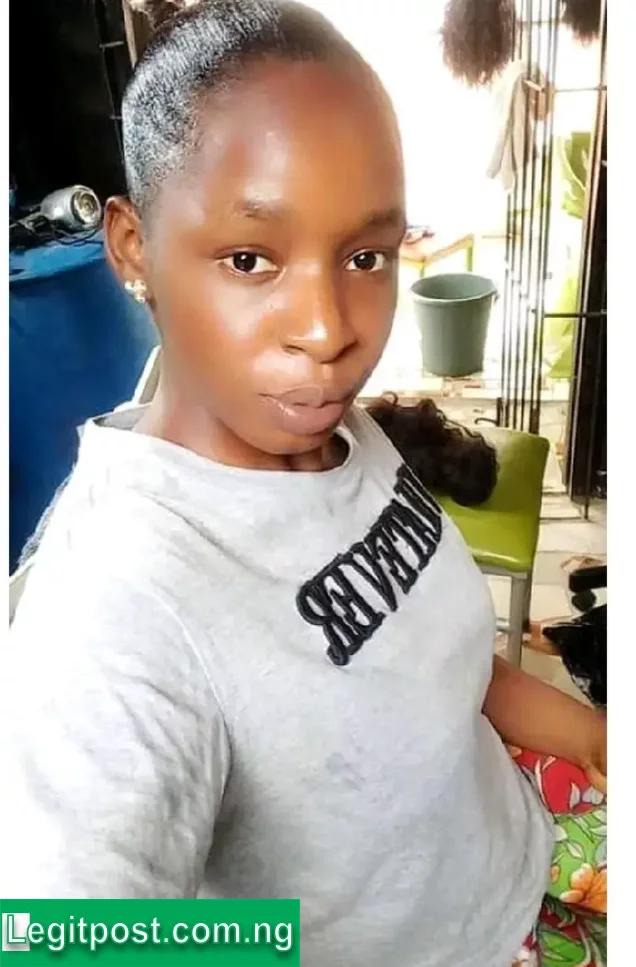 Jacy Mmadu, a lady, revealed that after she finished her exams, she boarded a bus to Onitsha and that while on the bus, a man began touching her inappropriately. She then warned the man, and he eventually came to a halt, but not before touching another woman beside him.

6h, according to her Toners, good evening. This is my first time posting on this site. After my tests, I boarded a bus to Onitsha this morning. One of the men sitting behind me on the bus was touching me. I was like, "What is this man doing?" the first time he did it. Maybe it wasn't on purpose. I made the decision to investigate what he was really up to. 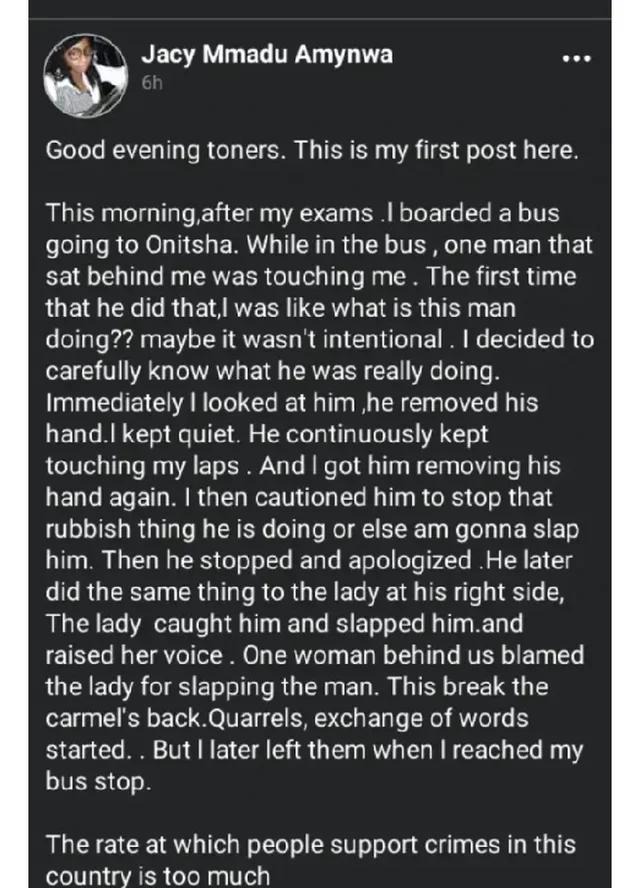 He removed his hand as soon as I looked at him. I kept my mouth shut. He was always touching my laps. And I was able to get him to remove his hand once more. I then warned him that if he didn't stop doing what he was doing, I would slap him. Then he came to a halt and apologised. Later, he did the same thing to the lady to his right, who caught him and slapped him. and her voice became louder One of the women in front of us accused the lady of slapping the guy. This was the straw that broke the camel's back. Quarrels and verbal sparring began. However, when I arrived at my bus stop, I left them behind. The degree at which people in this country tolerate crime is much too high.

The other woman, on the other hand, slapped him and yelled at him for touching her. This caused another lady in the back seat to accuse her of slapping the man, resulting in a fight between the two women.

The lady's tale elicited a variety of responses from social media users, including the following: 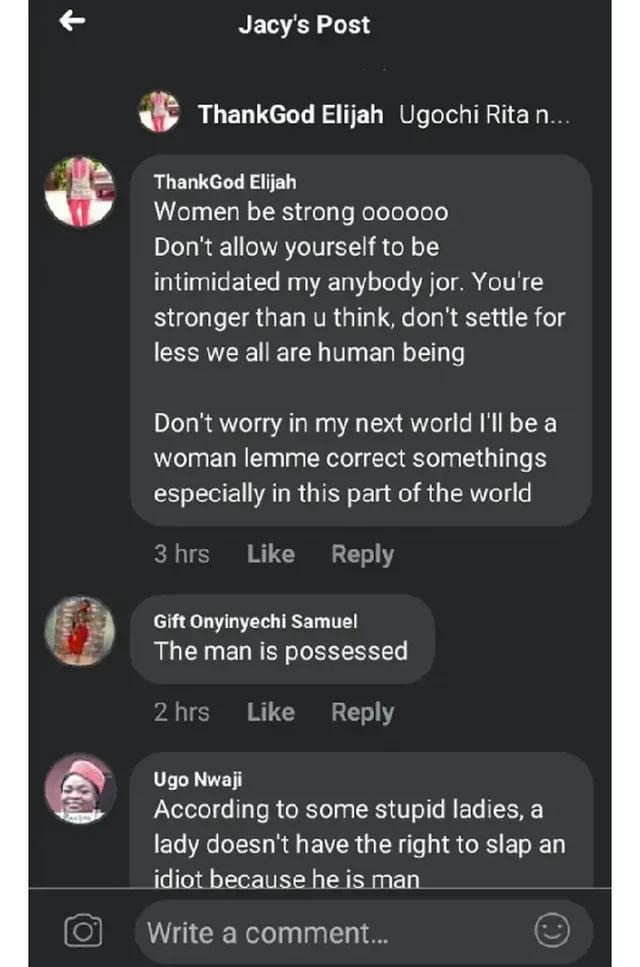 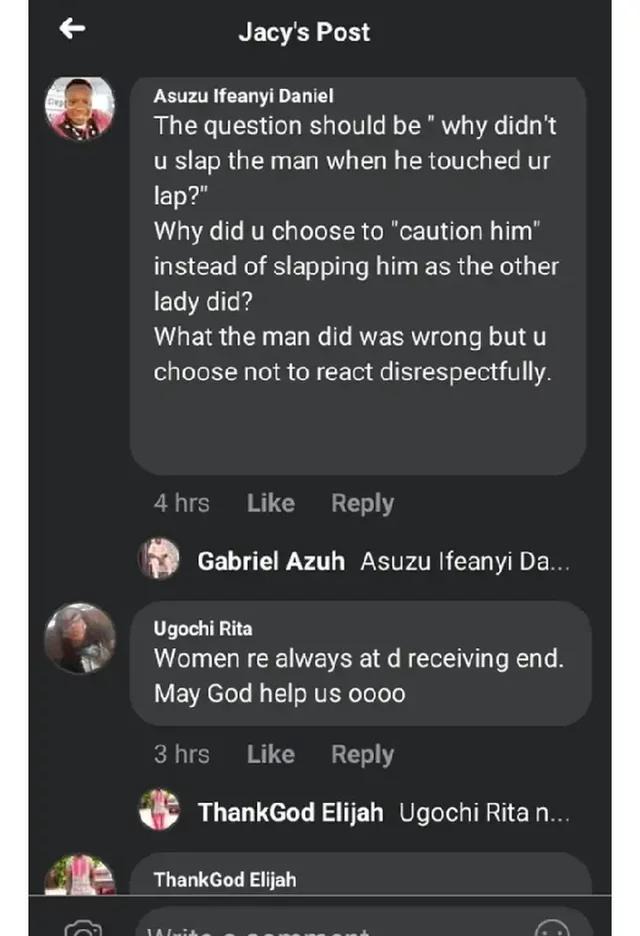 The man who inappropriately touched the ladies demonstrated a high degree of disrespect because no man who has been properly educated will act in such a manner toward a lady. This is why, when looking for a man to marry, women must be patient and cautious.