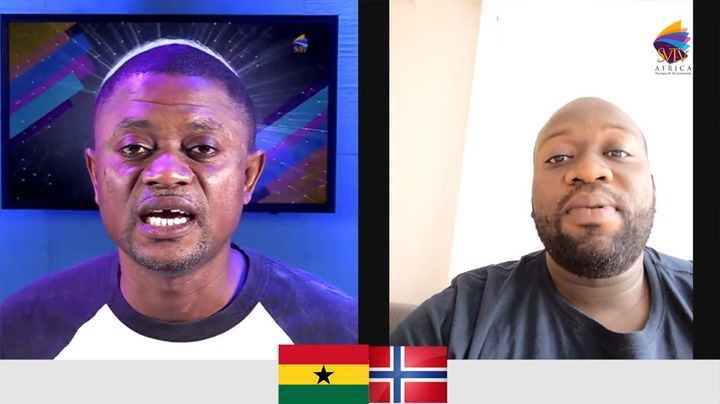 Norway-based Ghanaian Charles Asare, AKA Togo Delicious, has revealed that his ex-wife was four weeks pregnant with another man’s baby, but she kept it from him until he sponsored her flight to Norway.

In a chat on Daily Hustle Worldwide, Charles indicated that she confessed after he confronted her about it. According to Charles, he thought the child was his until his wife’s best friend later disclosed who the biological father was.

“I wanted her to stay here and give birth because I thought it was mine, but she insisted on going to Ghana. She aborted the child when she got to Ghana.

While she was in Ghana, I sent her money every month, but she later came me an excuse to abort the baby. Her sister called to tell me that she did not visit the hospital for antenatal care so the baby could be born with a disability,” he revealed.

Togo Delicious, however, added he only found out about the baby’s father after their separation. He believes she aborted the baby to retain their marriage and enjoy the benefits of their relationship.

“Her best friend only told me after we separated. She told me that she was already pregnant by another man before coming to Norway the first time,” he revealed.

In a previous interview, Togo delicious stated that they separated after he caught her cheating while processing her documents for a permanent stay.

According to him, they are not officially divorced yet, but they are not together. He mentioned that his ex-wife is presently in Germany.