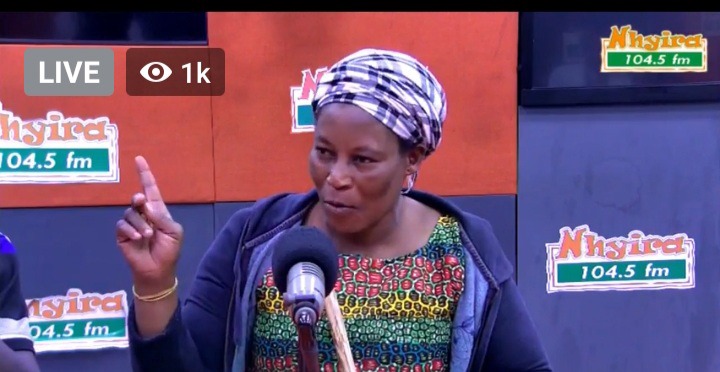 Gladys in an interview shared why she stopped having intimacy with her fiancee after two years of staying happily with him. The woman detailed that she got into a relationship with her fiancee years ago and has plans to get married when they get money to buy all the things needed for the marriage ceremony.

After two years of being with him, she advised her fiancee to legally get married to her but he disclosed to her that he will never in his life marry to her because of her attitude. Gladys said she was so sad about her fiancee's utterances so she decided to quit sleeping with him so that he will change his mind about that decision.

After months of starving him with sêx, the man had extral marital affair with another woman whilst they were still staying together. The situation got out of hand and her fiancee moved out of their house and went to stay together with the new girlfriend. She felt so sad about what was happening so she informed her family members about her fiancee's behavior.

After they had a meeting with their family members, the man made it clear to the whole family that he is not interested in being with her again but will rent another room for her and the kids after their rent was due. Gladys claims she fell sick out of the sorrowful experience she had and the hard work she has been doing months later.

She was sent to hospital for treatment but the doctor told her that she has injuries in her spinal cord and can't do any hard work again. Although she was given medication for the pains she was going through but she can't walk or do anything to support herself. How the fiancee takes care of their kids is not enough for her.

Gladys is demanding compensation from her fiancee for abandoning her for another woman and also wants him to assist her to get well soon. According to the man, it is not his intentions to marry another woman but his fiance denied him sêx on many occasions.

He tried to explain to her that having affair is part of the duties of a fiance but the woman didn't pay heed to his advise. He informed their church elders about the problems he was facing still Gladys didn't allow him to sleep with her. It got to a point where he couldn't control his sêxual desires and sleep in the same room with his fiance.

The man went on saying that he stayed for a long time without having intimacy with a woman whilst he was having a fiance he was taken care of. He then got into a relationship with another woman who can satisfy him in bed and moved out of the house. He concluded that he has been performing his duties by providing everything the kids needs still the woman claims is not enough.

23 Terrible Signs of a Selfish Person

Three Passive income ideas to help you make money in 2022

What is haircut in finance and investment? This is what you need to know.