Wanting to Write to Her Lover, This Married Woman Makes a Mistake And Sends The Message to Her Son

By Hajia_Maryam (self meida writer) | 29 days 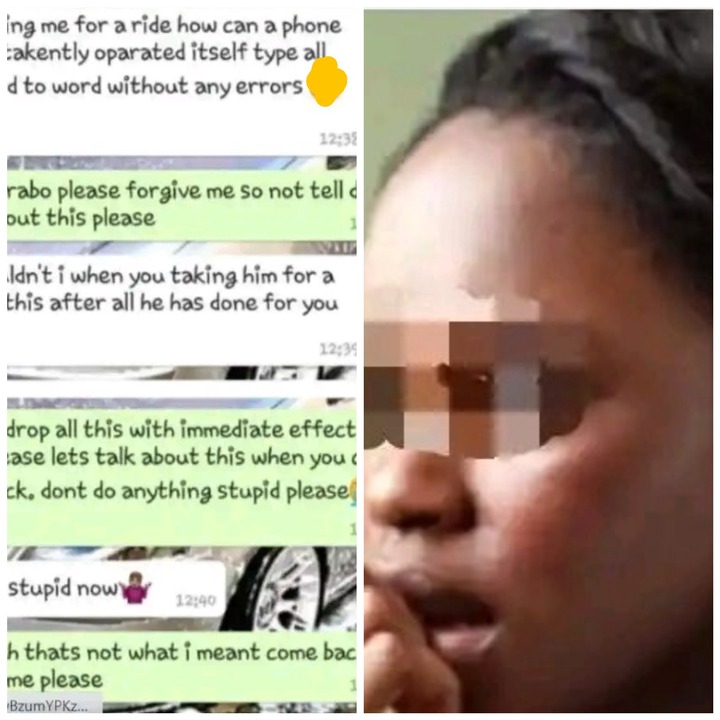 What happened to this woman is a matter of embarrassment that shouldn't have happened if she had been careful enough. These days, infidelity seems to have grown within many couples. Today infidelity remains a risky thing especially with the arrival of smartphones which can sometimes expose your intentions in the blink of an eye. When something like this happens you become the victim of your own smartphone.

Something scandalous happened between a mother and her son in Ghana, a cheating wife isn't happy after unexpectedly sending her son a shocking message that was originally intended for her lover.

The message in which her mother specifically asked the recipient to come and spend the weekend with her at her home because her husband is leaving with the children for a funeral in a far away location. Very surprised by this message, the young boy immediately asked his mother if the message was intended or if she had sent it to the wrong recipient. 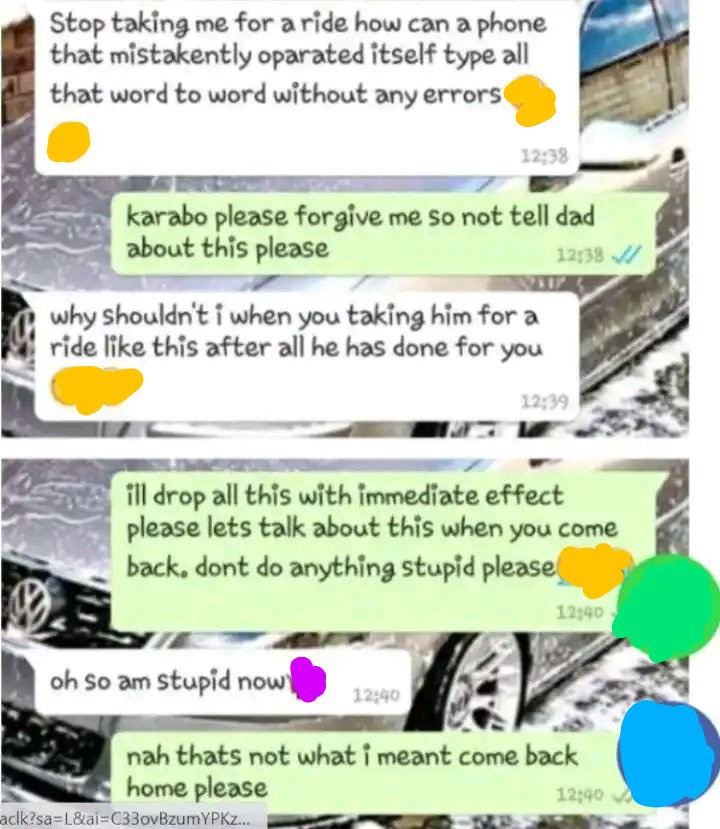 In Ghana, a woman got herself into a big mess as she tried to send an invitation message to her lover but mistakenly sent it to her son. Thge incident took place in one of the big cities in the country, where a woman who lives alongside her husband with her children, the eldest of whom is 25 years old. Yesterday morning while chatting online with friends on Whatsapp, the son received a long message from his mother. 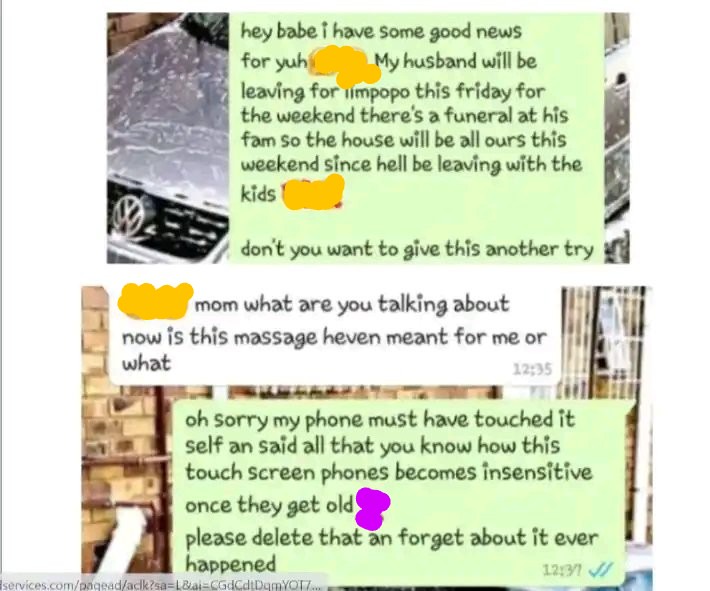 To top it off, she even promised her son to end the chat before asking him to come home so that they could settle the matter quietly. As you would expect, the young man was totally shocked by this terrible discovery. The boy asked for the help of the members of the Facebook group "pulse Ghana" while hiding the identity of his mother so that they can help him find a perfect solution.

Haven encountered so much shame, the mother first tried to justify herself by insinuating that it was her phone that had unexpectedly composed all these shocking messages. In addition, her son who was eager to get to the root of the matter tried to pressurise her a little by reminding her that his father did not deserve this infidelity especially after everything he did, not only for her but also for the whole family. So, it was only after hearing these words that she began to beg her son asking him not to reveal anything to his father.

Do you think the boy should keep it as a secret or he should go ahead and tell his father? your opinion is important to us