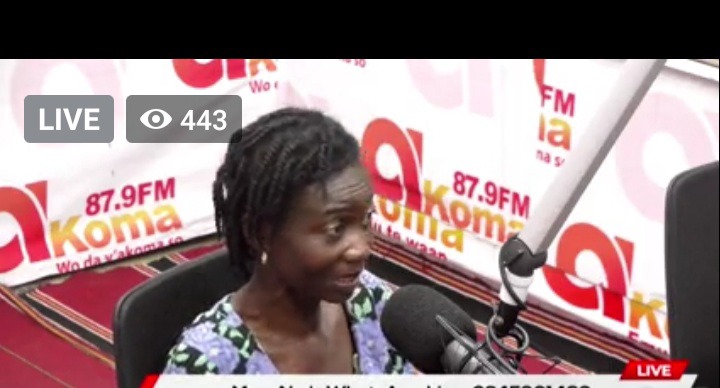 A 46 years old woman named Adwoa Pinamang from Domenase shares her ordeal about what she went through in the name of marriage. The woman said she got married to her husband known as Kofi Kyeremanteng when he was 16 years old. Adwoa said she was staying with her grandmother who was a food vendor. After she got married, she went to stay with at her husband's family house at Asewase.

Pinamang said her husband was not working at that time, after she gave birth, she started selling at Kumasi market to support both of them with the money she earned. Pinamang opened up that her father-in-law advised her to help her husband to learn electrical job. Due to the love she has for him, she accepted to help him till she completed learning the job. Kofi changed after he started working, he warned her not to have a chat with her friends.

Pinamang claims he caught her having a chat with her female friend but he beats her for not listening to his advice. One day they had a misunderstanding but her husband again beats her and she went unconscious, she was hospitalized but she continued to bleed for so long after she was discharged. The woman reveals that they bought land and decided to build a house on it but they didn't get enough money to start the building.

She established a spot on the land but her husband told her that he won't work again because he has been able to take care of his three children to complete Senior High School. She advised him to continue working but he beats her and threatened to kill her if she doesn't leave his house. The woman states that although she has been staying with him for 30 years now but she he won't continue with the marriage again because she is afraid that her husband may kill her. According to Kyeremanteng, it is true his wife helped him to learn the electrical work.

He too took good care of them after he got a job, Kofi said he has been able take care of their children and all of them have completed school. Kofi revealed that he bought the land before he got married to his wife. He also said when they moved to stay in wooden structure they had on the land, his wife told him to go back to Kumasi and work. He explained to her that he wants to work at where they are staying now. Kofi states that his wife and their three boys beats him when he had a misunderstanding with her. Kofi again said he has never beats his wife as she is accusing him.