"My Boss Wants To Marry Me And I Already Have a Fiance, But My Boss Has This Special Thing"(Fiction) 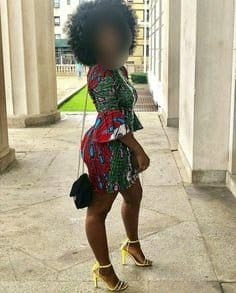 Today having a job is not easy because it is now conditioned by the employment sector. The search for a job is a real fight for us who do not have any relationships and good parents.

I'm Nancy and, although i have had a Masters in Management, I've been out of work for 5 years now. I was never admitted to several contests and never called to work with businesses after i had done all the applications. But i haven't been discouraged because i had hope yet.

Three months after depositing my files and CVs in the bank, one day a bank, whose name i would prefer not to mention called me.

So i was received by the Bank's managing director on the first day of my interview, the latter one finding me very beautiful. After the interview, i.e. after giving the reasons i want to work in this bank, i came home.

I received a call from the Banking Manager two days after the interview because my CV was my Number. That's how i went to that meeting, because i didn't understand what was going on, perhaps it was to sign the contract for work, i was really confused because i was looking for a job.

The DG indicated that i went to the place. It was actually in a chic restaurant. He openly tells me he wants to marry me without hitting the bush and finding me really beautiful. Furthermore, he told me that he was separated from his wife and that he only wants to remarry with me.

On the work, he tells me that I'll be hitched and I'm going to have good numbers, but he doesn't want to marry me by constraints and I'm free to agree or not to accept.

I didn't know what to say after that because i didn't expect that. I signed my employment contract the next day and worked for two months now, to prove to me that it is not a constraint.

Yet my boss continues to hit me, once he even introduced me to two children and his parents, and i think he takes it seriously.

However, i have had a relationship with a man for three years now, and he and i truly have a marriage plan, if everything is financially well. My boss would like to marry me on the other hand, and i don't know what i can do.

Who do you advice me to marry between my boss and my boyfriend? please I will appreciate your advice so much