According to the story, the lady left the man with the explanation that he was broke and unable to cater for her needs. That was the reason their promising relationship ended abruptly and the woman moved on with a different man.

After years of separation, the man decided to work on himself to prove to his ex-girlfriend that he was capable of working hard in order to make something worthwhile for himself. 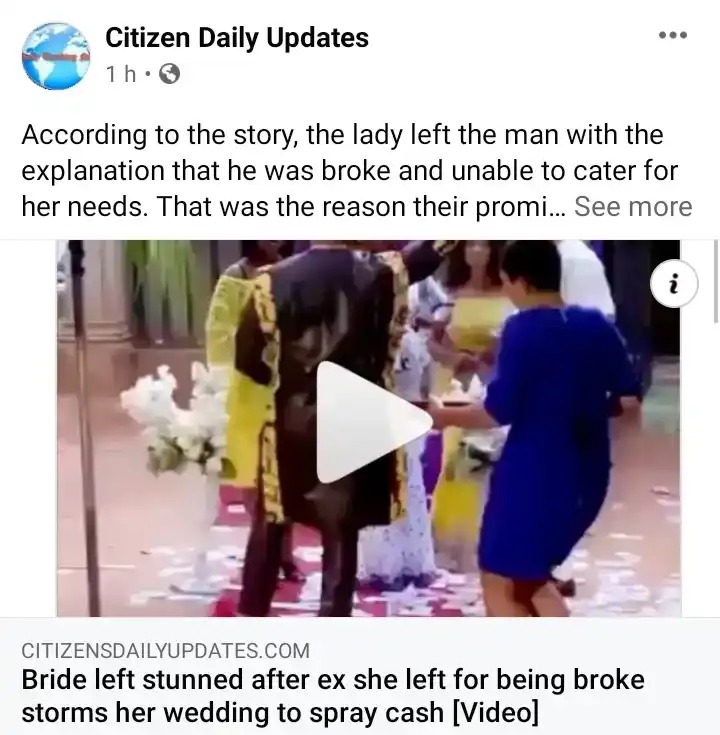 However, the wedding did not go as planned, and the bride was left with regrets and bewilderment instead of joy and laughter.

The said boyfriend she dumped and left because he was poor and couldn't provide her financial needs decided to storm her wedding ceremony with cars and heavy money.

After that, he decided to attend his ex-wedding girlfriend's and show off his financial success, demonstrating unequivocally that one's current situation does not determine one's future destiny. 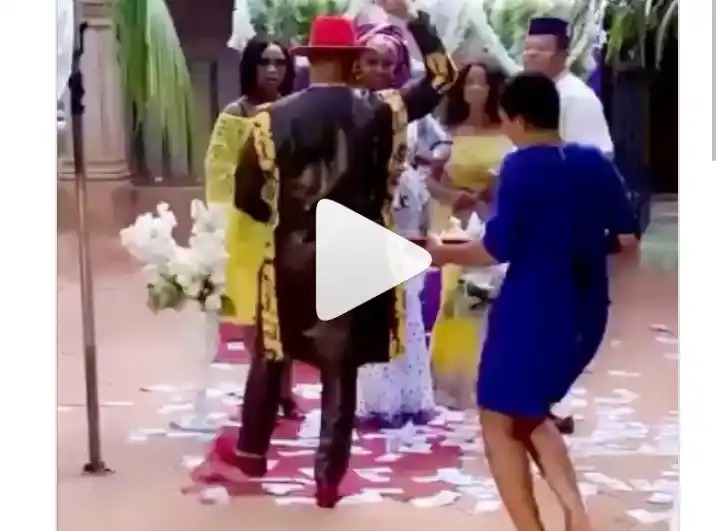 The bride was surprised by his opulent wealth, and she never thought he was going to make it that big in life that was the reason she left him because she wasn't seeing any future with him. The ex boyfriend spread her money before leaving. If you were to be the ex boyfriend would you have gone to her wedding?