By Abigail.blog (self meida writer) | 1 months 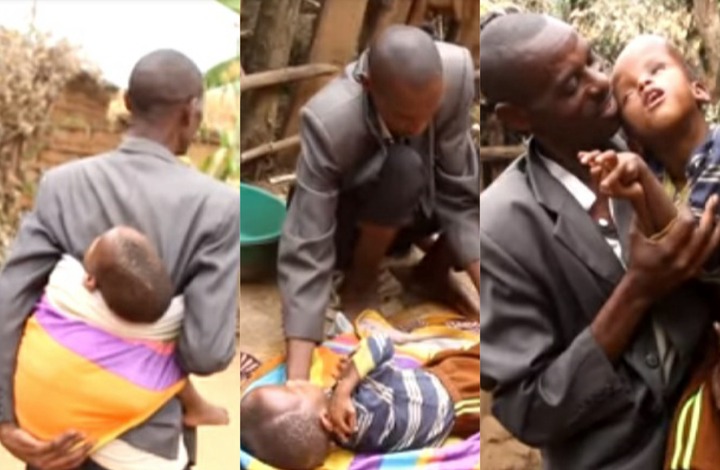 This is the story of Vincent, a man who lives alone with his sick and dying baby after his wife abandoned them when she noticed what was happening to their baby. Now Vincent has taken to himself all the wife responsibilities since there is no one to support him.

His son is called Noah and for the look of things he seem to be living his last days per his condition. His father spends every dime he get on medicine to try and sustain his son’s life as long as possible. Life has been so hard to the extent that he can’t even buy shoes for himself. 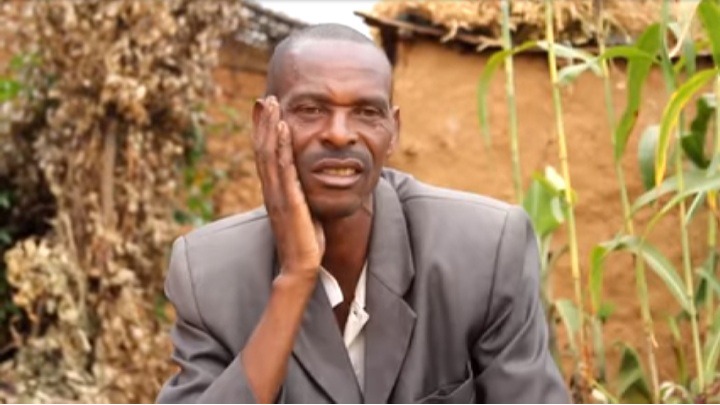 According to Vincent there is no one on this earth living life as difficult as or comparable to what he is going through.

He said a couple of years ago he saw himself ready for marriage and then met a young lady who had so much in common with him. According to Vincent, she was the woman he wanted to spend the rest of his life with.

They got married and they were so happy together but they did not have a lot of money, but in view of Vincent what they had was enough because he had a job that helped him earn some money for home upkeep. 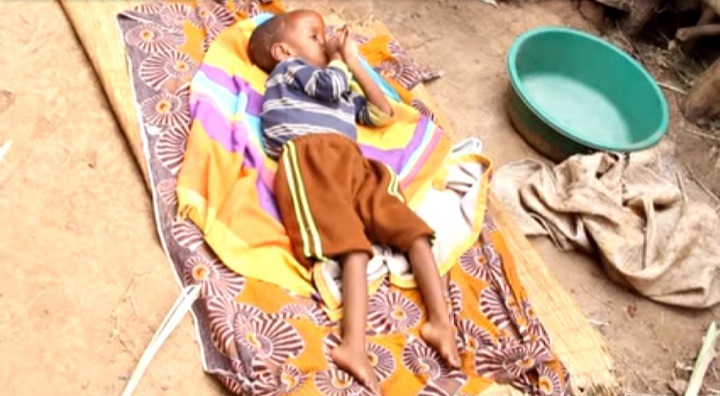 A few month after their marriage Vincent and his wife decided to have a baby. She later got pregnant and the couple eager to see their first child born alive. He said his wife went for regular medical check-ups like all expectant mothers do, but during her time for labor it wasn’t that easy for her. But after some time she was able to give birth to a baby boy who they were all happy to see.

He said it was the most amazing part of their relationship. They took their baby to their home and started taking care of it like every parent do. Family members always came to visit their baby and it was very joyful. 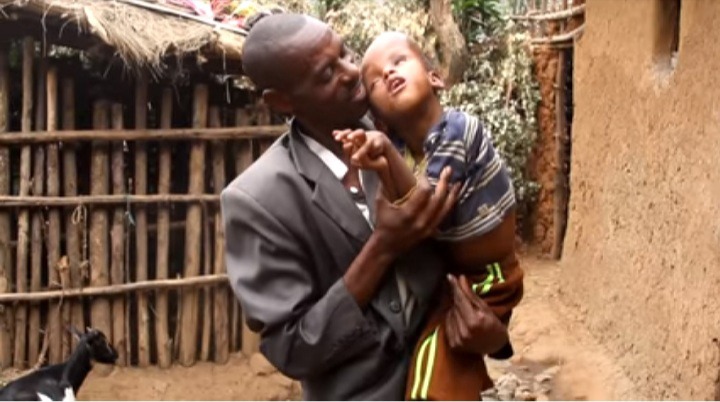 However, this didn’t last for long. Months after the baby was born, it started developing swollen head one day after another. They thought maybe the baby has accidentally hit its head on something but that wasn’t the case at all.

The side of the baby’s head kept on increasing, so they decided to go see a doctor and upon reaching there, the doctors examined the baby. After examination the doctor told them their son is suffering from a condition called hydrocephalus and recovering from this was not easy and it was going to cost them a lot of money. 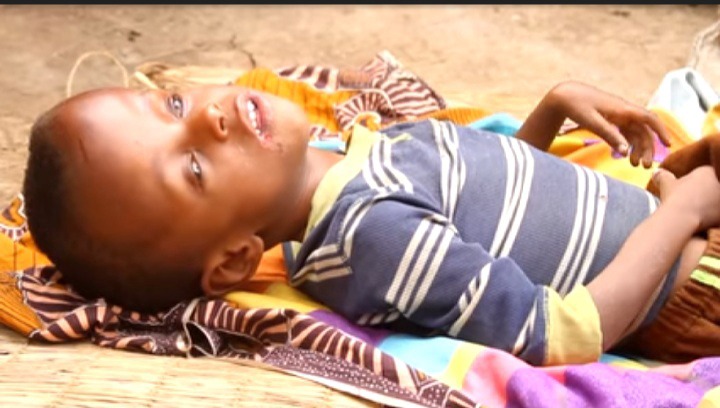 Hydrocephalus is the accumulation of fluid in the cavities or ventricles within the brain. The excess fluid increases the size of the ventricles and puts pressure on the brain hence increasing the side of the head. It is typically found among babies and its treatment is very costly. Treatment is often a tube or shunt inserted surgically into the brain or ventricle to drain the excess fluid and this was the only way that they could save their baby’s life.

Vincent and his wife came back home in shock about what is happening to their one and only son. They tried to figure out all the possible ways to come up with the money for the surgery. But later came up with an idea. Vincent sold everything he had as an asset, his house, his cattle and his bicycle just to raise the money required of them for the surgery in the hospital where their son lies. 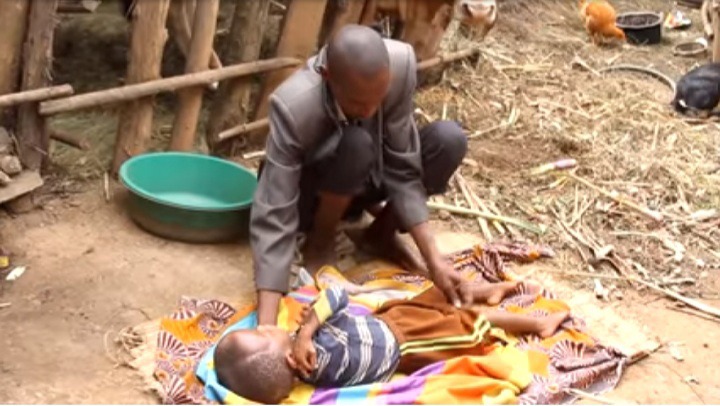 As soon as his wife saw what was happening, she couldn’t take for even a single moment so she walked away, changed her phone number, and abandoned her husband and her dying son. According Vincent she left a note which is read as follows,

“Dear husband, I’m so sorry that I have to do this but it was too much for me and I couldn’t just sit and watch our son dying. I know that you and I cannot afford the money that the hospital requires so I’ve decided to go and start a life of my own. I’m sorry for this but I can’t watch our baby die.” 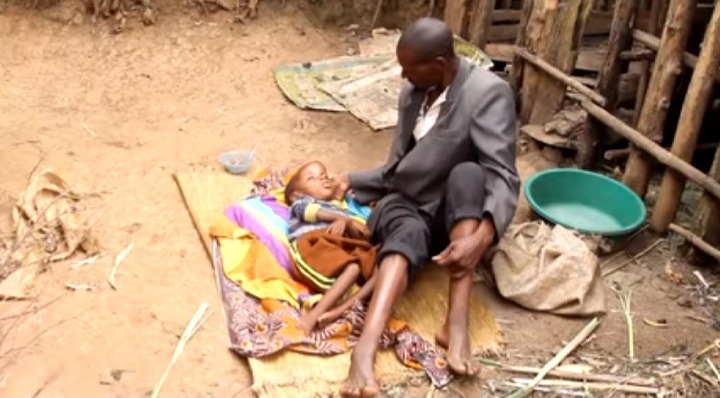 He was shocked and had nothing to do at all. He took the little money to the hospital and pleaded with the doctors explaining his situation to them. The doctors accepted his plead and decided to do the surgery. They spent 6 months in the hospital and surgery was successful.

They had to come back home but had nowhere to live. Fortunately for him he was given a place to stay and his job was to take care of the cattle around. It has been four years now since he started living there. 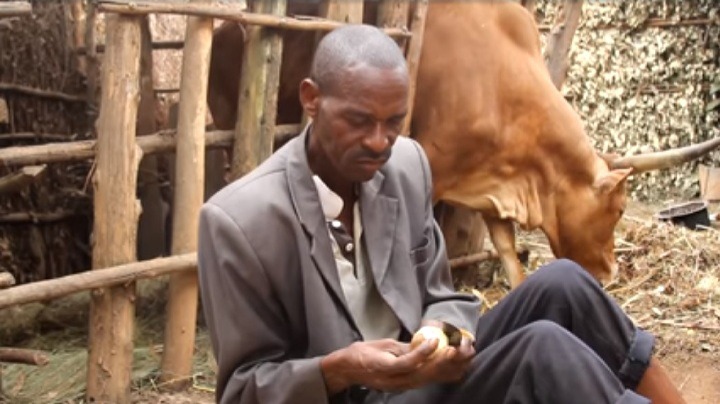 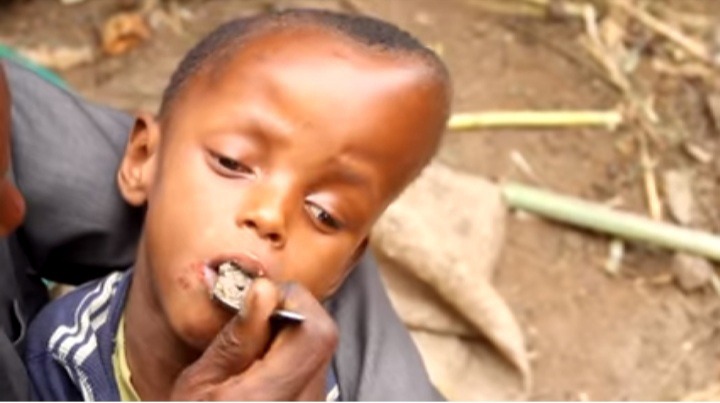 He thought that his son wouldn’t be able to make it to the next stay but surprisingly and God being so good his son is still alive and is 4 years old now. His son cannot do anything for himself so it is his father who is taking care of him, like bathing him, feeding him and a lot more since no one is there to do that for him.

However he also have to take care of the cattle around so that he can be able to continue living there. He digs for people in his village to make money for food and also buy medicine for his child.