By Ccobbina (self media writer) | 7 months ago 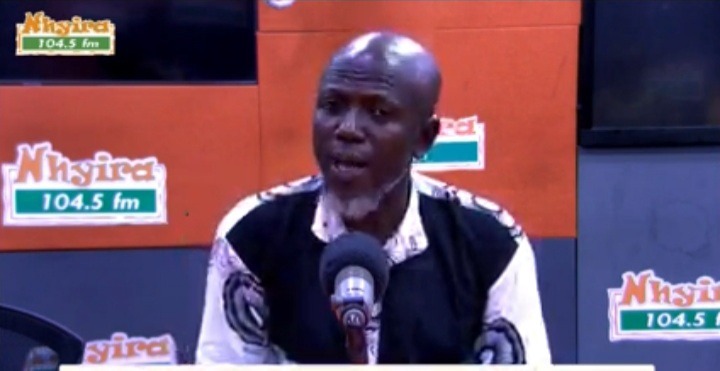 A man called Agya Hayo from Manso got married to his wife Akosua Joana. They gave birth to their first kids who were twins in 2000. The man said they went to Sehwi to make a cocoa farm. After their twins completed Junior High School he went for a loan to send both of them to Senior High School.

The man continued that he used to visit her daughter's but one day he went to visit her daughter named Mavis Attaa at her hostel but the headmaster told him that the young girl is nowhere to be found whilst her colleagues were writing exams. He got information that her boyfriend always comes for her every evening.

Agya Hayo went to where the man was staying but he was not in the house, he got his number and called him on phone but he denied that he doesn't know his daughter. The man got angry and invoked a curse on any man who is keeping his daughter. One week later he was summoned to the chief's palace for invoking a curse but he explained everything to the chief.

The man said he was not able to sleep in the house again because they were not able to pay for the loan, so he always goes with his wife to sleep at their farm to avoid being arrested. The man continued that during vacation his daughter told him that she will not continue her education, she ran from home and went back to her boyfriend's house. He tried all means for his daughter to come back home but she didn't come.

Some months later, his daughter came back home with a pregnancy, the guy didn't give her any money to cater for herself. Agya Hayo said he accepted her back and took care of her till she gave birth but the young girl again went to her boyfriend after she gave birth. Agya Hayo said he wants his daughter's boyfriend to pay him for the money he spent on his daughter to go to school because he had made him waste his money or else he will invoke a curse on him.