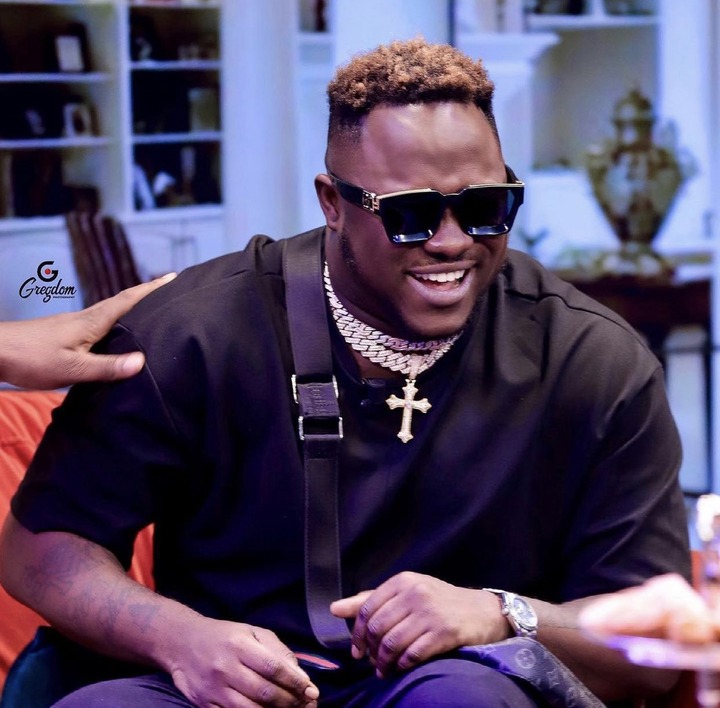 Being sober is a challenging adventure for most people who find solace in the bottle. Such peeps have doubled in percentage over the period since getting drunk purportedly relieves them off their thinking issues for a while (according to most drunkards, of course).

Well, according to a recent interview granted by Samuel Adu Frimpong aka Medikal of Arab Money Gang (AMG) Bisiness Fame, he was so drunk on his wedding day that he didn't even realize his wife, Fella Precious Makafui collapsed.

Per his narrative, he embraced the day and got boozed so deep that he did not even realize what was happening around him all the time.

Recall that Fella collapsed and was taken away from the wedding premises for a brief moment. With many insinuating that she probably did that for the hype while others thought it was a health issue (probably related to stress).

Questioned on the content of what he consumed, the "Omo Ada" crooner could not mention but claimed it was just a mixture.

Medikal further indicated that he never saw his wife collapse on the day because all that that happened around him was unknown to him since he was in "high spirit".

On whether his wife did that for the hype, he said he could not readily tell and that people should believe what they want to believe with or without malice.

“I was drunk on that day so I don’t remember what was going on. I took some mixture which was made for me so I don’t know what happened. It was our big day and that day will never happen again so I had to celebrate it in full gear. I didn’t know my wife collapsed but I know she did not go to the hospital, she just went to change.”