By KwameKena (self media writer) | 1 year ago 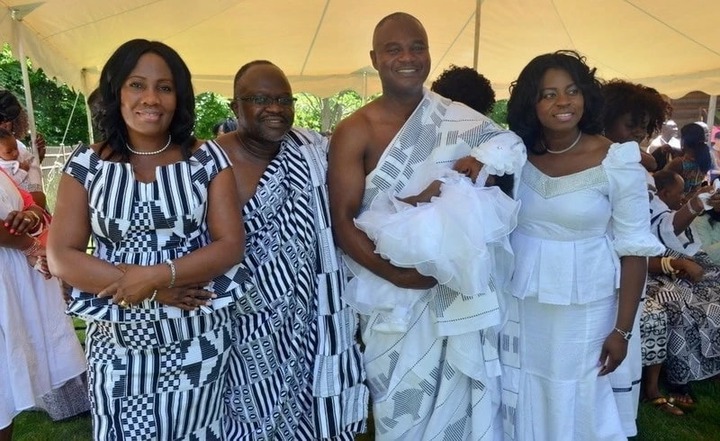 Names, in our Ghanaian society are very important. According to old Ghanaian customs, the name given to a child goes a long way to influence what and who the child will become in the future.

Names are so powerful that they shouldn't just be given out. Your name determines your religion, cultural background and sometimes the desires of your parents.

Names are important for two (2) reasons.

i. They serve as identification for individuals

ii. Names help to know the cultural, religious and ethnic background of a person.

Names are unique and they do reflects our identity as people.

In choosing names for our kids, it is important to do due diligence. We shouldn't just pick names just because it sounds good in our ears. We should always have a reason for every name that we pick and the reason should be good so that it won't have any negative impact on the bearer.

The intention of this article is to bring out certain names you should not give to your kids if you want them to prosper. Some Akan names are dangerous and parents are strongly advised to avoid such names.

Below are some of the names you should not give to your kids, if you want them to prosper

Abebrese literally means suffering. Naming your child Abebrese means you want the child to struggle in this life.

The power of names on a person in our Akan communities cannot be underestimated. Abebrese depicts sorrow, pain and challenges in life. People who are given such names end up exhibiting same traits associated with the name

Names like Sika Ye Na or Sika Besa should not even cross any parent's mind. Why would anyone give birth and give the child such a name. Sika Besa in the Akan language means ''money will finish'' or one will struggle financially.

Giving your child such a name means you don't expect such a child to have money in the future.

This is a common name given to male children in the Akan comunities of Ghana. Bediako has two different meanings. The name can be translated to mean; born to fight or born to struggle in life.

If possible, parents should avoid the name Bediako. No child should be born to fight or struggle. There are equally good names to pick. Names that can boost the psychological morale of the child should always be considered.

This name is common among the Mfantse people of the large Akan community. Beyeeden in Mfantse simply means ''what did you come here to do?''. It's a name that suggest the child was not needed at a certain time.

Children given such a name grow up to feel useless and unwanted in the family.

Minnyim Ekyir is another name given by the Mfantse people which means ''I can't tell the future''.

Giving such a name to a child simply means one is not interested in the future of the child. Names that do not encourage the children socially and psychologically should be avoided.

Why would a parent give a name that suggest he/she does not know or care about the future of the child.

As stated earlier, names are very important especially in our Ghanaian setting. Before we give out a name to a child, we should consider the meaning and impacts on the child.

Content created and supplied by: KwameKena (via Opera News )