They are your friends until they owe you money. 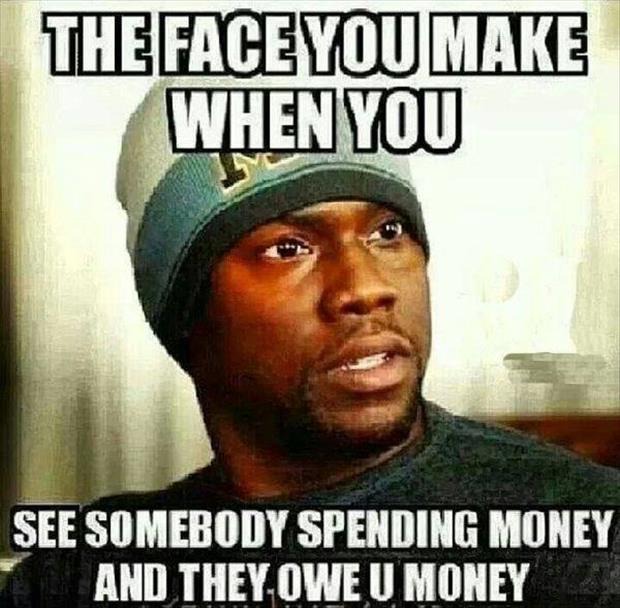 Twenty-two years ago, my friend Jude was owing me money. I grew up with Jude. I’m the reason he got his first girlfriend. He was scared to approach her but the desire to have her was burning him down slowly. I didn’t want to wait until he turn to ashes so I walked up to Felicia and said, “Hey, if someone loves you don’t you see it? If a boy makes it so obvious that he likes you, don’t you get it?” She was lost. She thought I was talking about myself. So she said, “But I know your girlfriend?” I said, “Yes you know my girlfriend but do you know Jude’s girlfriend?” She said, “No I don’t. “ I said, “So you’re the one. He chose you.”

I made the work easy for Jude. Days later, they were together. lovers. Jude came for a writing pad from me and wrote a love letter to Felicia on her birthday. He said, “That’s why you’re the apple of my eye.” I told him, “Cancel that. It’s too colloquial. Write instead, “I’m love struck because little cupid’s arrow found me.” He asked, “What’s cupid?” I said, “Cupid is baby Jesus in diapers.”

How I loved Jude until he came to owe me money.

He said Monday but Monday came and he didn’t pay. He gave me two weeks but two weeks later he didn’t pay. I got angry. I went to his house and picked his school boots and uniform. He charged towards me. We fought. He beat me but it didn’t change the fact that he owed me money. After the fight, we stopped being friends . That was 1999. To date we still don’t talk. He’s a big man now but it still doesn’t change the fact that he owes me money. His children would grow up to bear that debt.

So my Uncle said, “Learn to fight well especially when it comes to friends else you’ll lose all your friends.”

But how well can a man fight? Fight is a fight. How well do you need to do it? I understood what he said not too long ago.

So when my friend Eric came to owe me money some months ago, I didn’t go for his shoes or cease the school bags of his kids. I remembered the words of my uncle and decided to fight fair. So anytime Eric updated his Whatsapp status, I watched it. Mostly I was the first to do so. He’ll text me, “Nesta, I haven’t forgotten your money. I’ll pay.” I wouldn’t respond to the message. I was fighting—fighting fair. One day, he posted a photo of himself and his family having fun. I watched and commented, “You guys dey chill oo.” Remember, I didn’t mention my money but when he replied he said, “Nesta, I haven’t forgotten oo, I will pay.”

His son’s third birthday, he posted a video of the large cake he got his son. I watched it. I commented, “Wow, your son’s cake is big.” Remember, I didn’t mention my money but when he responded, he said, Nesta, you’ll hear from me soon.” When his wife celebrated her birthday, he didn’t post about it. Or he couldn’t get her a cake? Poor beautiful thing. So many celebrations passed but this my friend didn’t make a post. I was worried. I felt I was losing the fight though I was fighting fair. So one day I called a mutual friend who told me, “If you don’t see his status then he had blocked you from seeing it.”

I asked him to check Eric’s last status and he told me he posted a Bible quote.” So I texted Eric; “Eii Eric, when you posted chilling photos, you made me see it. Now that you’re posting about the word of God, you don’t want me to see it. Don’t you think I deserve to know the intentions of God too.”

That day my phone beeped. I checked. It was a MoMo alert from Eric. He paid the debt just like Jesus paid our debt on the cross. I said to myself, “It’s finish!”

No sword. No blood drawn. That’s what it means to fight fair but guess what, Eric doesn’t talk to me anymore. I still don’t see his status and the last message I sent him ticked only once. His Whatsapp profile has also gone pale. Anaaa w’ablocki me?

Once you learn to fight for what is yours, you’ll attract enemies but does that also mean we shouldn’t fight at all? What’s life without some fight—even the petty ones?