By Goodrelationship (self meida writer) | 17 days 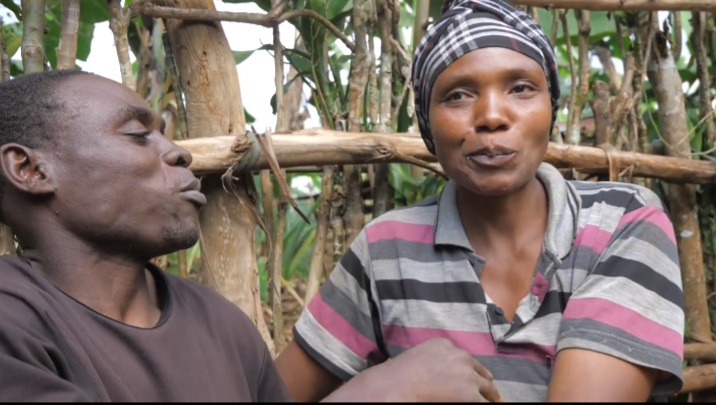 Uzziel Ndayisabye is a 41 year old man who is disabled but can climb and harvest honey despite his condition. The man said, he will do everything to support the family. He is married to a woman called Francine. Uzziel was not born disabled, according to his parents when he was 6 years, he suffered from an unknown disease which led to his disability.

His parents said he woke up one day and went to fetch water down the valley and when he was coming back, Uzziel became weak so he went to sleep, his parents saw some usual signs and they took him to hospital for treatment. But still there was no positive change, after some time his leg muscles started being stiff like a tree. He was given a physiotherapy but it did not work, what he did was to get used of used of it. This illness never heals and he became like this for the rest of his life. 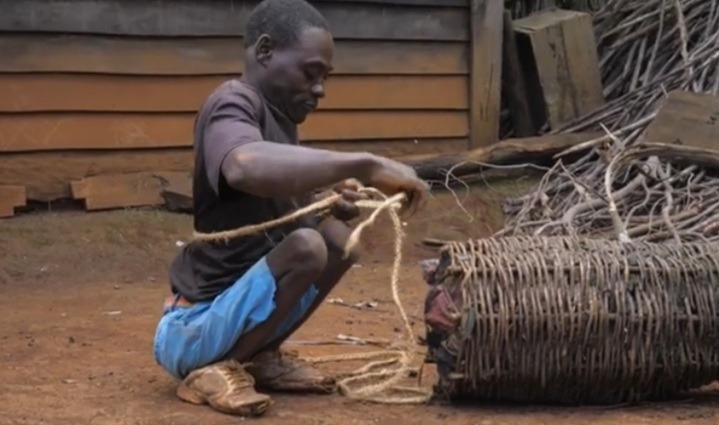 He said meeting his wife made him believed that miracle still exists. The way they met was miraculous, he first saw her when she was with her parents on the field cultivating. They never knew each other, but the moment he saw her, Uzziel fell in love her. After two days he met the girl and this time she was alone. He took the opportunity and talked to her. He told her everything, at first she was surprised but later she agreed and they lived together, now they have four children.

Uzziel is one of the kind who shows that disability is not inability. He is a bee keeper and has been doing this work for a very long time. It is not an easy job for people who are even normal but since he was committed to doing this and with reference from his father, who also did the same for a living, he managed to do it. He does everything that is related to beekeeping even more better. 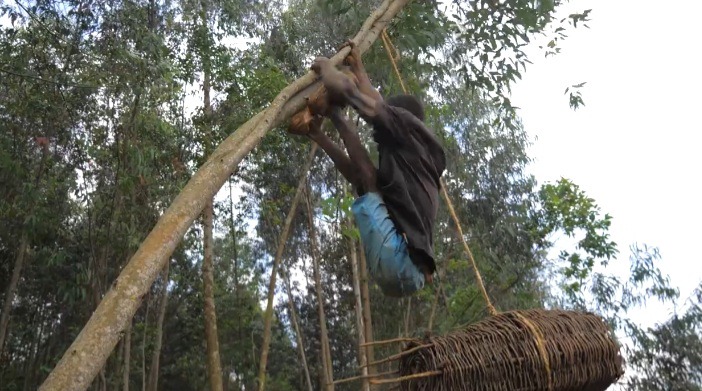 To Uzziel, he can do anything that can made him earn money to support his family. To get used of beekeeping, he only covers his face when harvesting pounds of honey. According to him, the strategy he uses is not being offered to bees, the moment bees realized that you are afraid, they will sting you to death. So the deal here is to pretend that you are okay.

He is a person who is always ready to learn new things, he has recently studied and acquired shoe repairing skills. Now he can repair and even make shoes of all kinds, the only the barrier that remains, is not having enough capital to start his own business. Francine also said, she met a lot of men who had everything that a woman desires including money and properties but she chose to spend her entire life with Uzziel, even though it was not easy due to her parents who never liked this man.

All her family members was against the idea of seeing her getting married to a disabled man. They told her that, is better to remain single than to marry a disabled person. They also said Uzziel will not be able to provide anything for her. At first she felt discouraged but still she loved the man. She was depressed, deciding on what to choose. Later by God's mercy, Francine's mother came and she told her that if they really loves each other, then they should get married. 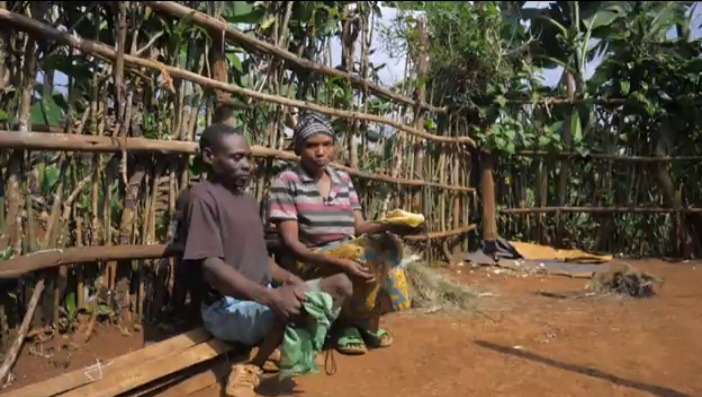 The mother also said it is a right thing to love and she blessed them. Francine then went and lived with her husband. It was not easy at first, she was the only one working and she saw that it was too much for her to handle that alone. A time came she even wanted to go back to home but Francine realized that she has vowed to love him no matter the situation.

They corporated in whatever they have and even cultivate for other people so as to earn money for the family. Her friends always made fun of her for not listening to the parents advice. Francine knew that she did the right thing and will never give up.