My Father Cut Off My Legs And Created My Own Artificial Legs.

By Africamedia.gh (self meida writer) | 17 days

Nothing is more painful in this world than living without a family, while seeing others enjoying the love, care and support from their families. On this article, I will bring you the story of a man whose legs was cut off by his own father who wanted to kill him. 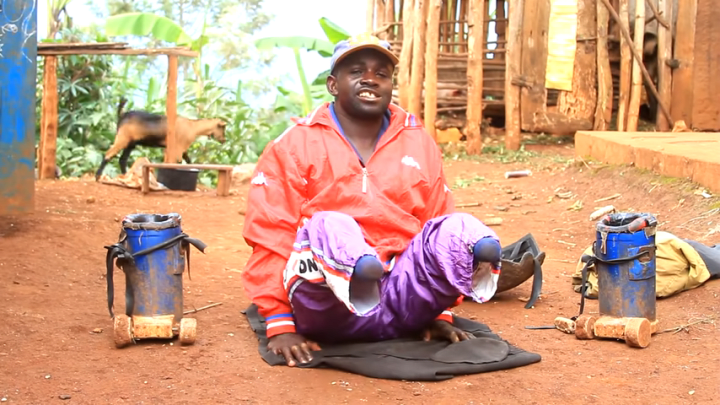 He is called David and he is a disabled man because he lives without legs, however he says he wasn't born this way at all and it's unbelievable that his own father was the one that cut off his legs with an intention of killing him. He has spent over 15 years of living in this kind of life because he says incident which he lost his legs has happened in 2005.

He said it all started back in 1997 when he was a young child, already saw his parents fighting every now and then. His mother said that, his father was not a good person at all because he used to beat up her badly and all shot of cruel things.

After some time his mother felt like she could not take it anymore and she already had a fear that one day her husband kill her some day. So she decided to divorce and this man for good and already said this could give her a peace of mind. They were 7 children in the family and his mother was not able to take all of them, so they were left to leave with their father. When their mother was leaving, she left a piece of land for her children to at least ease their lives with some finances they needed such as school fees, food, clothes and other things.

She left this piece of land because she knew that their father was a very good demand and he could hardly give anything to his children. It wasn't so long when his mother left, his father got married to another woman who started living with them and that when they got a step mother.

According to what he sees, this woman was just worst more than their father because she hated them with all her heart and all of his siblings didn't stay for this house for long because they could not live with this situation. So they left and when out to different place to start a new life but he was still very young by then and could not make any decision.

He lived with a very miserable life for quite some time and when turned 18 years of age, he started moving around asking for jobs like digging and any man power jobs because he was not allowed to use anything that was bought by his stepmother such as cups, bowls and any house materials. She told him that he have to go and look for his own.

He started working while other children of his age were in school but he never got such a chance due to the life he lived in. After saving money for a very long time he turned home to the piece of land that their mother had left, he constructed a small house as he lives in and later he also got married and brought a wife to also live with him since he has intention of starting up his own family. 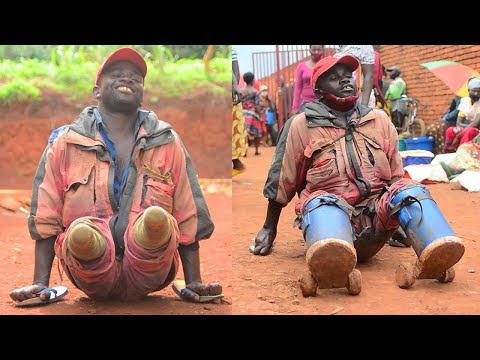 After been in that house, his father was not happy at all that his son has comeback for that piece of land because he has started believing that it was his, since the other children did not came back.

His father already approached him some times and even sent him text messages that he should go away and leave his land but David did not understand why all this he is talking about since he knew the land was given to them by their mother. He keep working and doing man power jobs like carrying heavy loads in other to take care of his wife.

His wife got pregnant and it was something he was very happy about but when his father heard his wife was pregnant, he realized that his son was very serious to live on this land and has to do something. The first thing he did was to let a group of people to beat him in a very serious and a warning way to inform him to find somewhere else to go with his pregnant wife because the land was not his like his father said.His wife has welcomed him their first born and every one was happy so he have to work so hard because he has now become a father now. One day he heard someone cutting down plants outside of his house and he have to go outside and check who was doing such a thing, upon getting outside, his father was waiting for him with a very big stone and movement he steps out he his head with the stone and then he blackout. During the blackout, he cut off both of his legs and hit his neck. He then screamed for his neighbour's for help but his father runaway and was later arrested for his was attempted murder. So he was sentenced into prison.

David was in coman for 7 months, he woke up from the coman and asked the doctor whether he can go to work but he opened his eyes and saw what has happened to him, he said that was the most terrifying moment in his entire life.

David taught that it was all over but he was so wrong, as soon as his stepmother heard that he survived, she hired a group of people to kill him because it was what her husband was supposed to do. David couldn't walk anymore so decided to live far away from his family and does not wish any of them should know where he is. Since he can not afford artificial legs or a wheel chair, he came out with his own artificial legs and added a small wheels to the lower part in other to help him move easily because they are so heavy to carry. 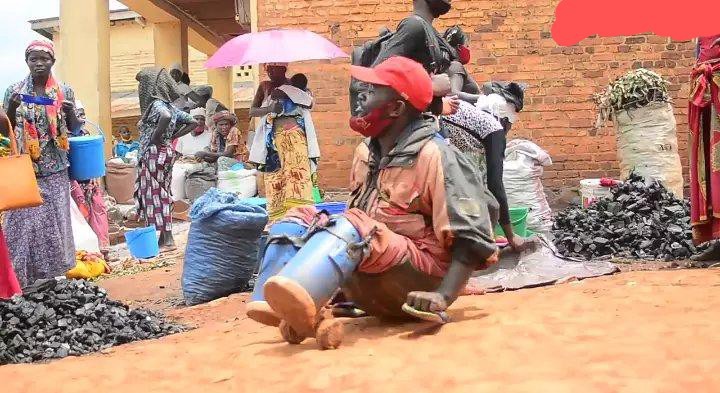 He now have to go to street to beg for money so that he can take care of his wife and child.