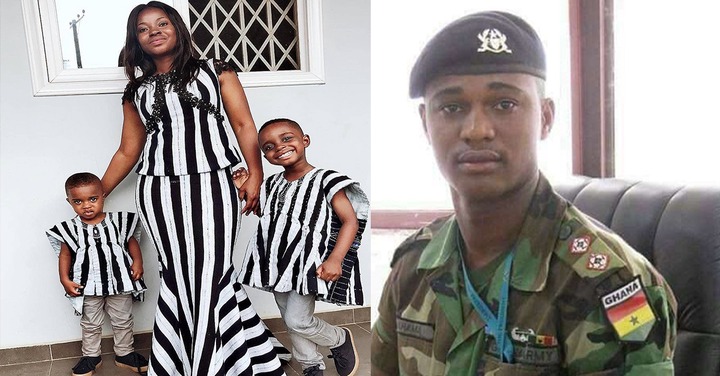 The Wife of the late Soldier, Major Maxwell Mahama has dropped an emotional note to mark the fourth anniversary of her late husband.

Barbara Mahama as she is mostly known took to her official Facebook wall to share the notes. According to her, the children left behind by her late husband are growing.

She added that the children are doing well and indicated that anytime she sees them, the memories of her late husband reflect.

“Dear Maxwell, your boys are growing, they are doing well. It amazes me the kind of things that can be inherited, sometimes it’s funny. One walks and I see you in him, the other talks and it’s so like you. I enjoy listening to them just as I enjoyed listening to you, I end up saying to myself you never went”. Parts of the notes indicated.

She further indicated that even though it is already four years, the late husband is still with the family. She says Major Maxwell Mahama should have been alive to be part of their lives.

Barbara Mahama added that it is already four years since the husband died and the family will make the day count. 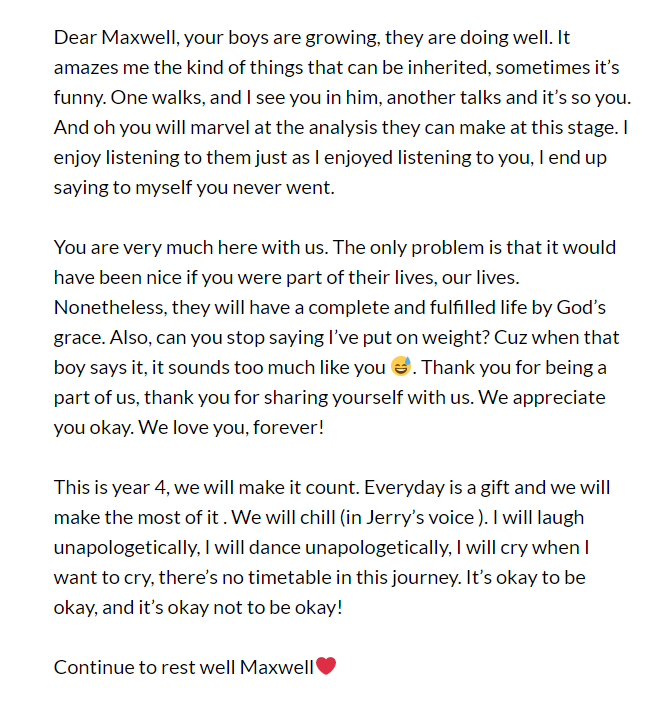 On May 29, 2017, Major Maxwell Mahama was painfully killed at Denkyira Obuasi in the Central Region of Ghana.

His death was announced in one early morning when he was exercising through the town. The community members mistakenly lynched him after he was wrongly accused of being an armed robber.

The entire Denkyra Obuasi community turned into a ghost town after his death. heavy Military personnel was dispatched to the community and residents had to run for their lives. Some persons were subsequently arrested and are standing trial.