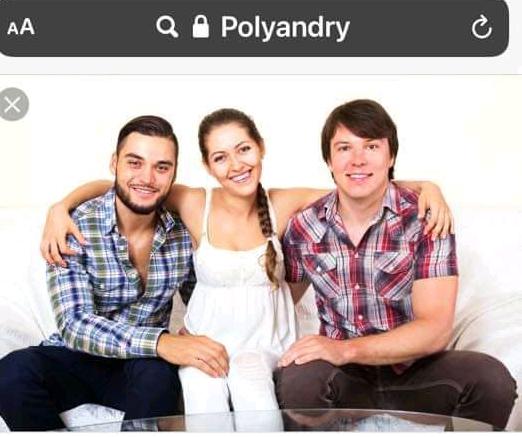 Polyandry is a term that refers to a woman marrying several men. Fraternal polyandry is a scheme in which a woman has several relationships with her brothers. If there is a scarcity of women or property, polyandry may be the chosen marriage pattern for a community. The Nyinba of Nepal, for example, practice fraternal polyandry due to a lack of land to divide between brothers and a high rate of female child and infant mortality. Male offspring are favoured and therefore receive better care than female offspring. 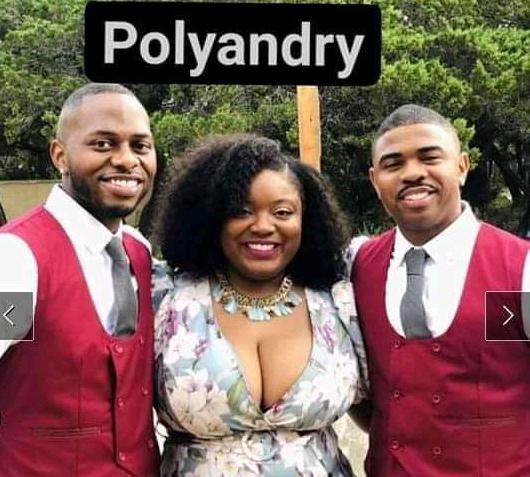 Polyandry is commonly thought to be a reaction to unusual localized factors such as sex (gender) ratios, adult male mortality, male absenteeism, social stratification, and the group's economic foundation. Almost all cultures that embrace polyandry are focused on hunting and gathering or agriculture.

The following are five countries where women can marry multiple husbands: 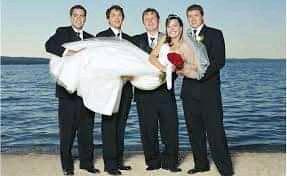 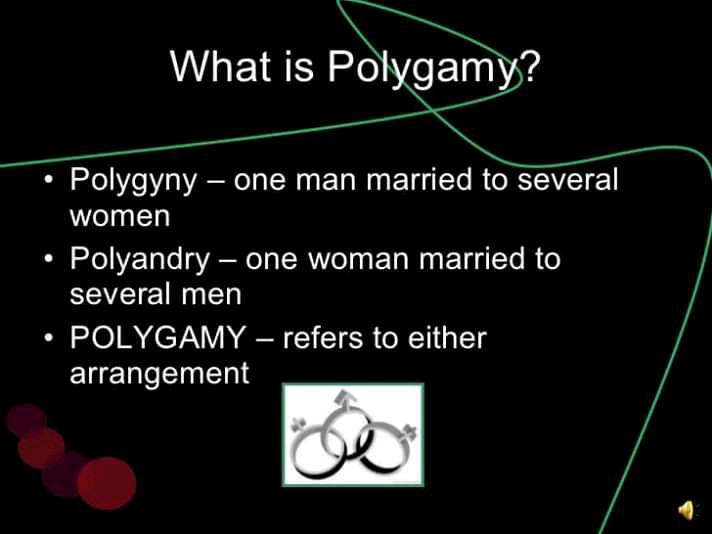 Polyandry is practiced by more than one tribe in India. Polyandry is practiced by Paharis in the Jaunsarbawar region of North India, while a minority of people in Kinnaur, Himachal justify and practice it. They believe they must carry on the tradition as descendants of the Pachi Padavas (five brothers who were husbands to a woman called Draupadi, daughter of King Panchala). Polyandry is also practiced by the Toda tribe of Nilgris, the Najanad Vellala of Travancore, and some Nair caste systems in South India. In a 1988 survey of 753 Tibetan families, Tibet University discovered that 13% practiced polyandry. 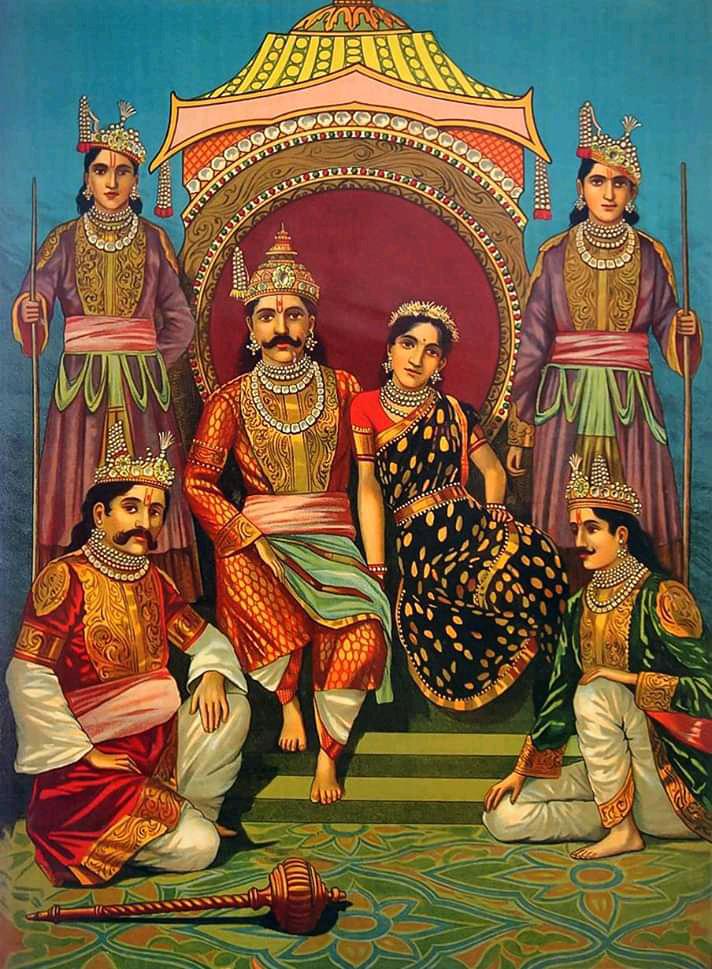 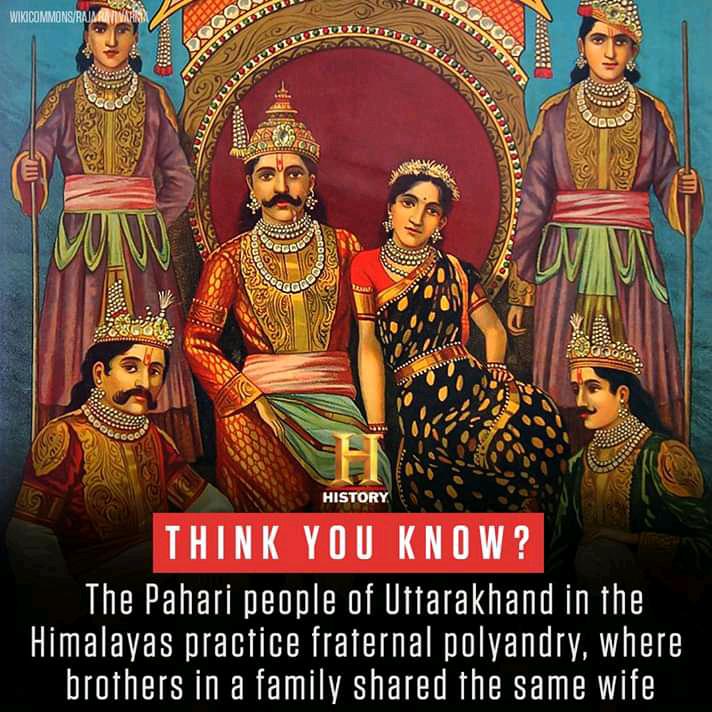 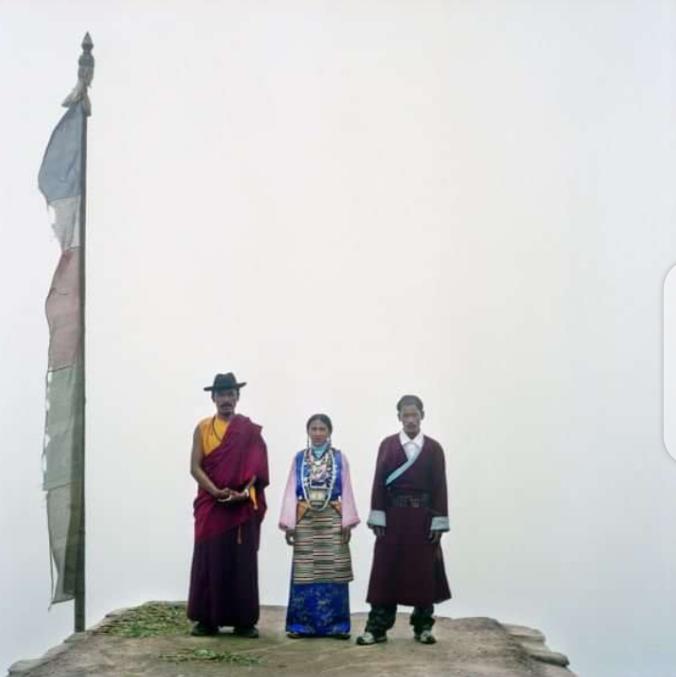 Polyandrous relationships are common in China, but they are usually limited to less industrialized regions with simpler social and political systems. 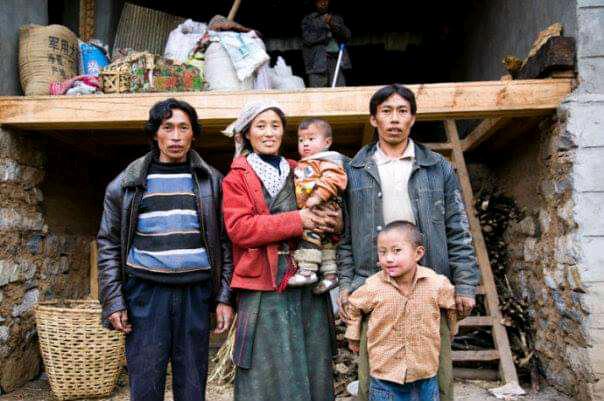 Polyandry is practiced by the Mosuo in the provinces of Yunnan and Sichuan in southwest China, near Tibet. Tibetans in Nepal and parts of China practice fraternal polyandry, in which two or more brothers marry the same wife and have equal "sexual access" to them. The Mosuo live in communal settings with "rolling marriages," rather than two individuals building a family on their own. Men float in and out of various households, raising children that aren't even their own, while women are in control. These dynamics aren't rare, according to research. The relationship structures of 53 societies around the world were studied by anthropologists Katherine E. Starkweather and Raymond Hames in 2013. Polyandry was found to occur in early human history, thriving most frequently in communities with a disproportionate number of males, according to the researchers. 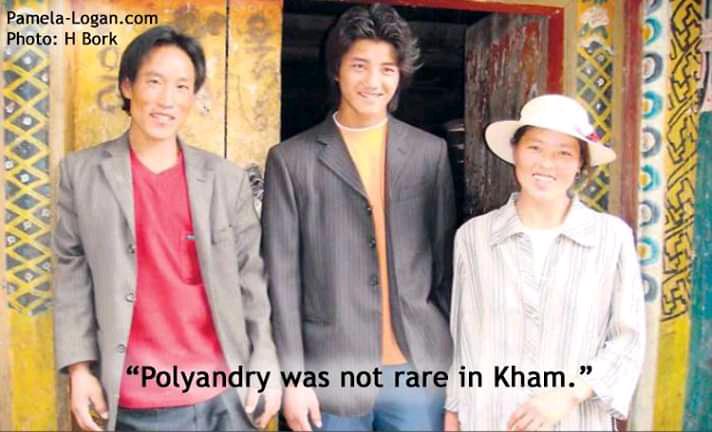 The Bororo are a Brazilian indigenous people who live along the upper Paraguay River and its tributaries in Brazil's Mato Grosso region. They speak a Macro-Ge language that is divided into two dialects: Bororo proper and Otuké. The Bororo are divided into two groups: western and eastern. They are most likely a group of less than 1,000 people. Polyandry was a way of life for them. Body odor is associated with a person's life force, whereas breath odor is associated with a person's spirit. Before colonization, the Tupi people, who also practiced polyandry, were one of the most numerous indigenous groups in Brazil. Scholars claim that after settling in the Amazon rainforest around 2,900 years ago, the Tupi began to migrate southward, eventually settling on the Atlantic coast of Southeast Brazil. 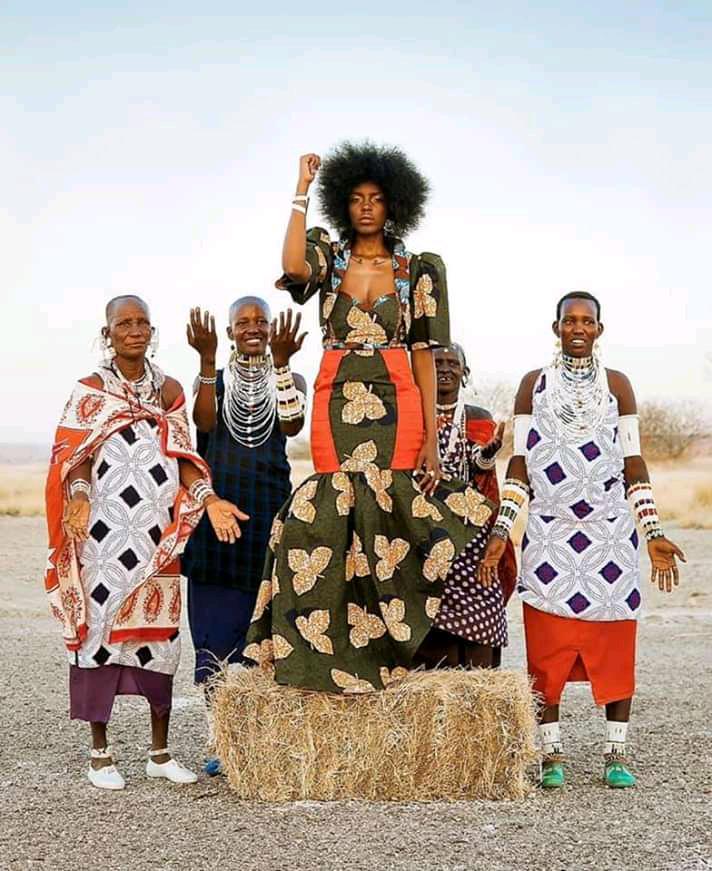 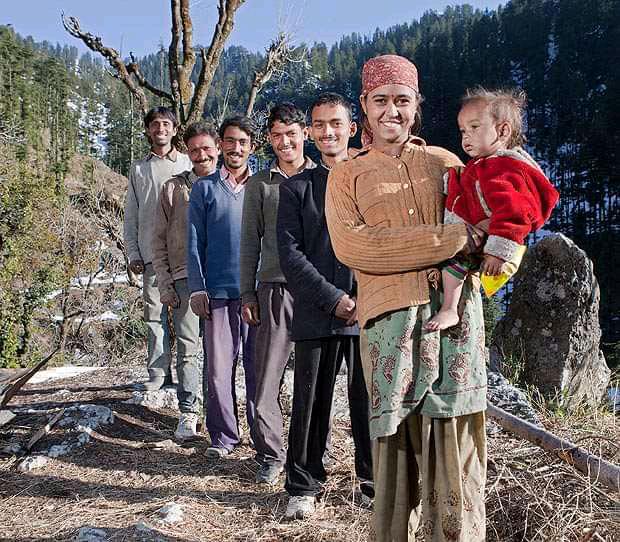 Polyandry, on the other hand, was very popular in Central Africa's Lake Region, rather than polygamy. The Maasai, a Nilotic ethnic group who live in northern, central, and southern Kenya, are polygynous by nature. However, since people have already spoken out against it, this activity is heavily limited in those regions. In African countries where polyandry is legal, such as Kenya, two (Kenyan) men made headlines in August 2013 by agreeing to marry a woman with whom they had both been having an affair. 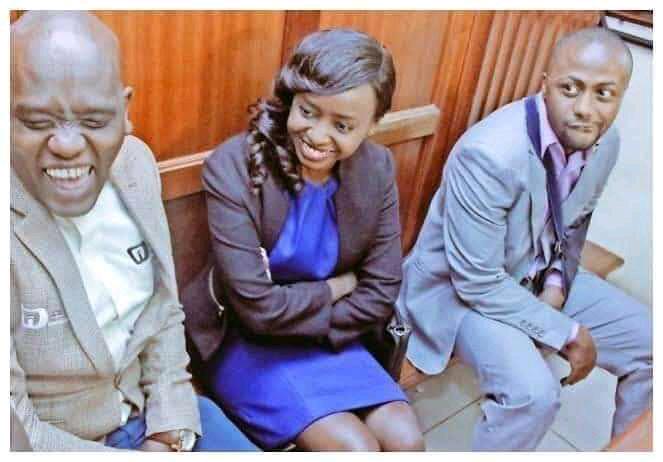 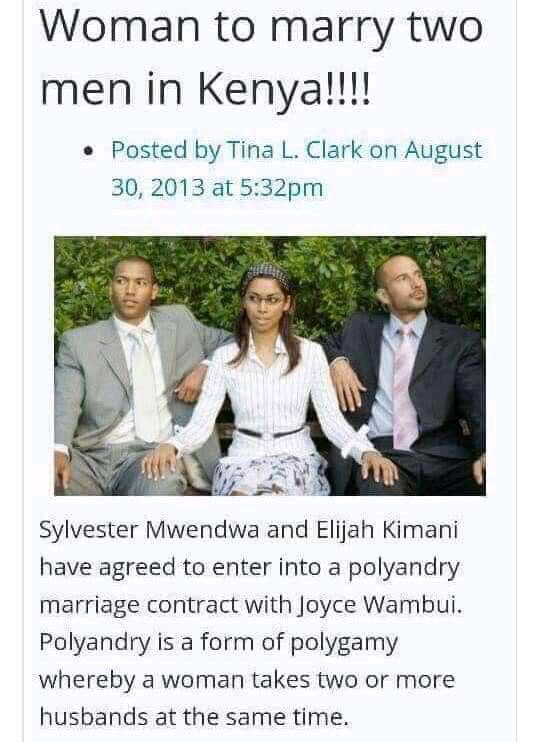 Nigeria, formally the Federal Republic of Nigeria, is a West African country bordered on the north by Niger, the northeast by Chad, the east by Cameroon, and the west by Benin. In an article written by Akinwale Akinyoade, it is stated that although polyandry is uncommon in Nigeria, there are tribes that allow it. Women among the Irigwe of Northern Nigeria have historically had several husbands, referred to as "co-husbands." 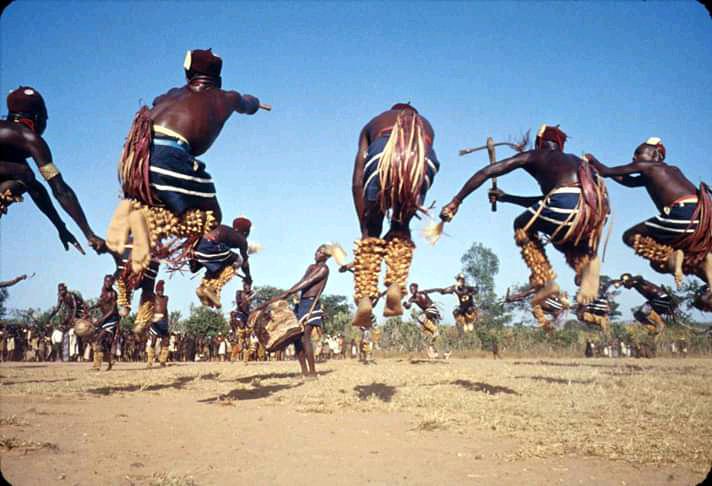 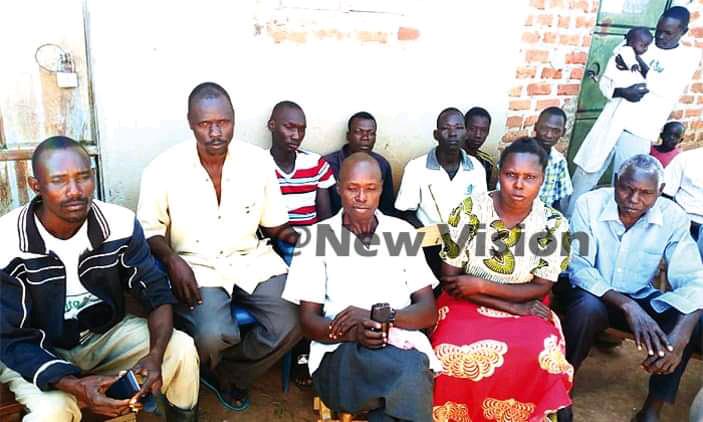 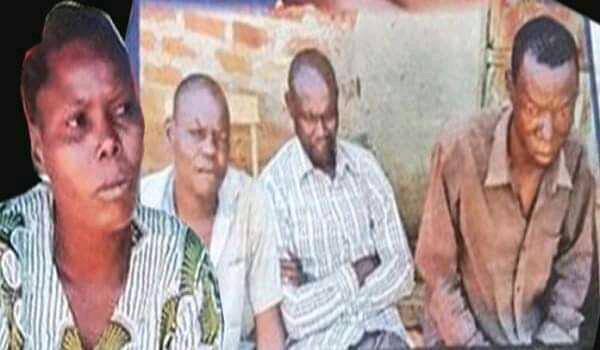 Polyandry was practiced by the Nigerian Irigwe people. Women moved from house to house, marrying several men, and the paternity of their children was given to the husband whose house the woman was living in at the time. 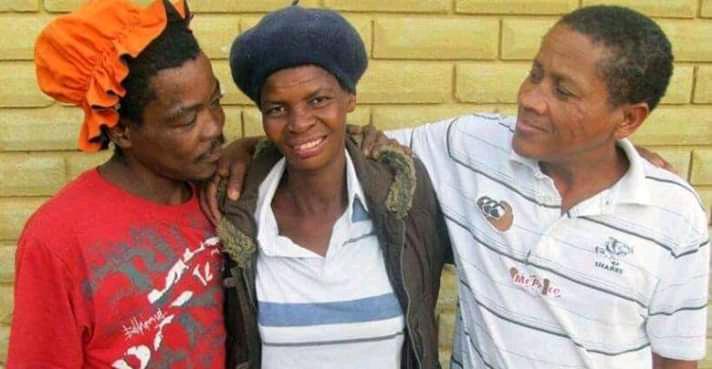