A young Kenyan lady has shared her ordeal with his stepfather who believes he's a monster to her, Starting with her story, she stated that her biological father passed away leaving her with her mother alone. As a single mother, she couldn't bear the challenge of raising this little fatuma so she went in to marry another husband to which fatuma claims she was really happy being with her mother's new husband. 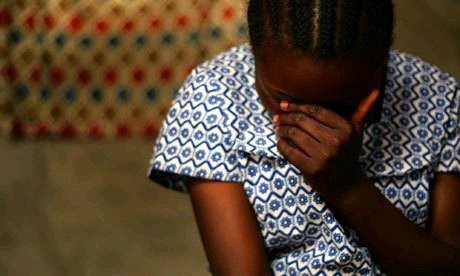 At the early stage of the father-daughter relationship, she was being taken out and showered with gifts which she saw it normal because her deceased father was much fond of that.

Who would anticipate that being awful, especially coming from a father? Not even briefly did thoughts of sexuality cross her mind. Not content with that, he began driving her to and from school. According to her mother, the relationship between the two is growing stronger and more like a father-and-daughter relationship.

She narrated that to a child health office in Kenya, she stated that when she was the age 16 she experienced mind-blowing behaviour from his stepfather which she couldn't say to her mother because she didn't want to sound like a bad child.

She had no idea that what would happen next would drastically alter their life. Her father took her to a corn plantation at their regular evening picking time and groped her. He instructed her not to tell anyone about the entire incident to seal his awful crime.

After this incident, she narrated his father and then turned her to be his second wife where she experienced assault every night till she got pregnant with his stepfather.

Thank you for taking your time in reading this article, don't forget to follow to get updated on each new and trending topic across the globe.