By SamColeNews (self meida writer) | 17 days 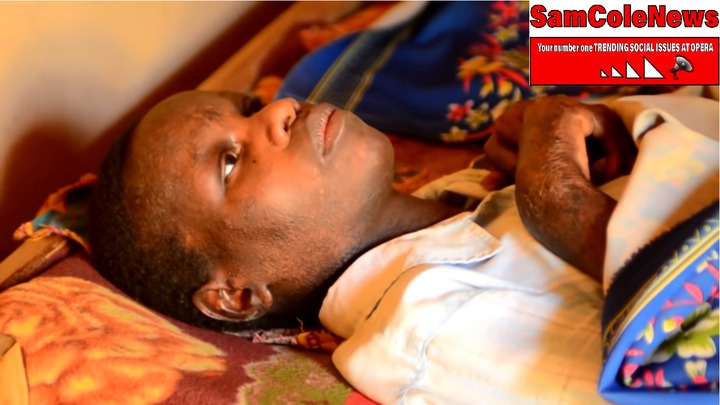 The storms of love are what one goes through when he or she is willing to sacrifice all that he has for the wellbeing of his partner in times of atrocities. Well, the ability of a partner in a relationship to vow not to give up on his dying girlfriend, is something beyond ordinary love and needs to be commended. This is the story of Junkload who will never give up on his dying girlfriend, Dativa no matter how her condition gets worsen.

According to Dativa's mother, Pelesilla, it all started back in 2014 when her daughter got infected. But by then, her situation was not that bad as it is right now. She says it was about 7 years ago when her daughter, Dativa was 15 years old. She came home from school complaining about pain in her knees. They took it to be normal just like any other pain that comes and goes. They thought this pain was going to go away and was not going to long at all. Her case became serious as friends from school reported to her mum that her daughter was turning into a 'tree'. Within no time, her situation became worse, and she could not walk any more and that was when her mother took her to the hospital.

Upon reaching the hospital, the doctors examined Dativa, and they found nothing wrong with her body and the test results were all completely fine. This confused her mother and started thinking about what could be wrong with her daughter. The doctors advised her to visit an advanced hospital for a special examination of her daughter's condition but Pelesilla did not have money to take her daughter to the city for treatment.

For a couple of weeks, Dativa's condition got worsen. Her body started becoming hard and cracking like a tree which scared her mother. Pelesilla quickly took her daughter to the hospital and requested an ambulance to take her daughter to the city for treatment. The doctors seeing Pelesilla's condition, quickly got her an ambulance to take her to the city for treatment

Upon reaching the city, the doctors kept examining Dativa for two weeks to find out what was wrong with her but did not find anything wrong with her. They were transferred to another hospital and upon reaching there, nothing was found and was transferred to another hospital. There was nothing found with Detiva, and they were advised to take her abroad for treatment since her condition cannot be handled in their country.

At this point, Pelesilla did not know what to do because she had sold all that she had just to make sure that her daughter gets treatment, but things did not turn out as expected, and now taking her daughter abroad was impossible. She took her daughter back home to die from there because she noticed they were going to keep running from hospitals at no point.

Pelesilla wrote a letter to one of the officials governing her society asking for help since her daughter was dying. He told Pelesilla to go back home, and she would hear from them but nothing was done. Dativa body kept on cracking leaving wounds on it. She could not walk or even move her body, and it was like she was in a coma or half dead. 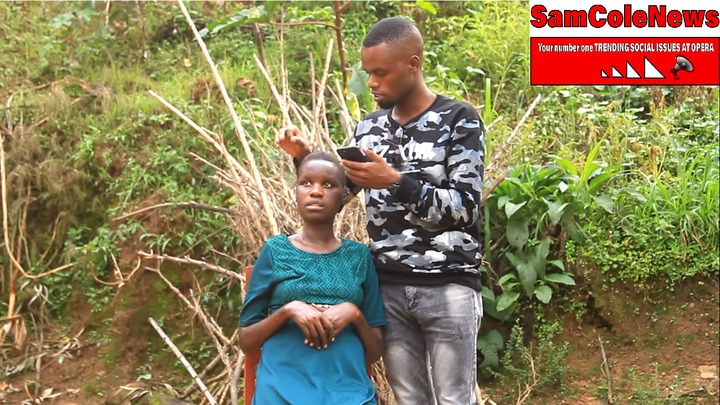 When Dativa was going through all these, she had a boyfriend called Junkload that was also by her side for all the seven years that she spent lying down and suffering. He has helped her through the help of some people and her condition is getting better. Junkload has been with Davitva for about 11 years since their childhood and wants to spend the rest of his life with her.

Dativa is all that Junkload is working for now. He brings a little money home every day for her upkeep. 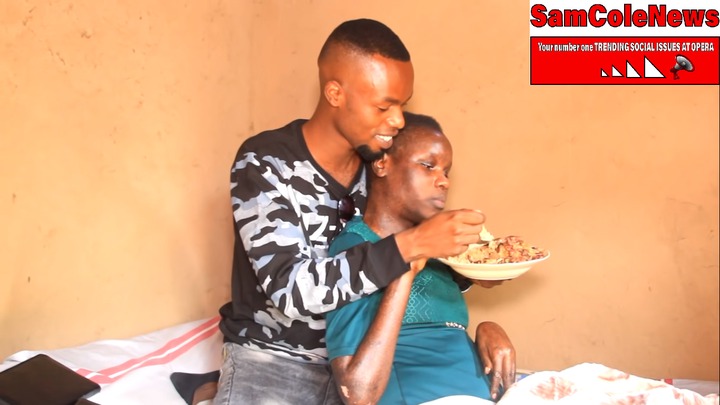 Dativa's condition has improved tremendously through the help of his boyfriend. They are hoping that things will keep changing for the good in the future.

Thanks for your time spent reading this article.