"They seduced me" – Man who impregnated twin step-daughters claimed.

“Augustine has finished me”, this were the words of Alice after her fiancee impregnated her twin daughters.

He is at police custody after he allegedly impregnated his twin step-daughters. The victims are Augustine fiancée’s daughters.

Whatever the reason or cause may be it still doesn't change the fact that the incident is an aborminable act. Meanwhile the accused, Augustine gave a wired reason for his actions.

Augustine admitted he had sexual interactions with the twins Which has then resulted in what is deemed a crime.

According to the mother of the victim, Alice, who happens to be the fiancee of the accused, the incident has bewildered her.

Meanwhile Augustine claimed that he was seduced into taking such action which resulted in the impregnation. He also said, “it started as a joke, but the incestual act became a regular thing.

He again stated that he, “didn’t know they would get pregnant because they enjoyed it.”

Augustine and Alice had being dating and is engaged for the past four years and in all these years he has been with the children.

Meanwhile Alice described his fiancee as being gentle, humble and kind, and she never thought he could do such a thing so, “I allowed my twin daughters to be with him. 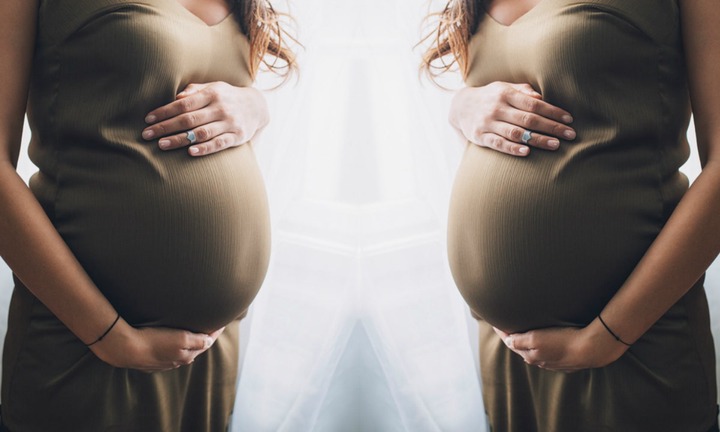 Augustine made some confession that is not usual for a suspect in such incident, "I threatened them [both girls] to keep the incident [pregnancy] a secret, so that I will provide their upkeep.

He also said, “I know I have deeply hurt the mother but it has happened and there is nothing anybody can do. That is the work of the devil and I wholeheartedly accepted responsibility so as not to ruin their lives. They can pick up the pieces of their lives and move on after nursing the babies.

“I will take care of the little babies. And if their mothers want to go to school after the babies might have walked, they can continue and I will support them. I have been begging the mother since I disclosed this information to her that I am responsible for it and I will take care of it, but she is still angry. I know that what I did was wrong. It is a taboo, but it is late to correct it,” he said.

Alice upon knowing the incident expressed her shock.

“Augustine has finished me. He slept with me, slept with my twins and impregnated them, and they have given birth for him”, she said.

Meanwhile the case is currently with the police.