By Efokwame.com (self media writer) | 23 days ago 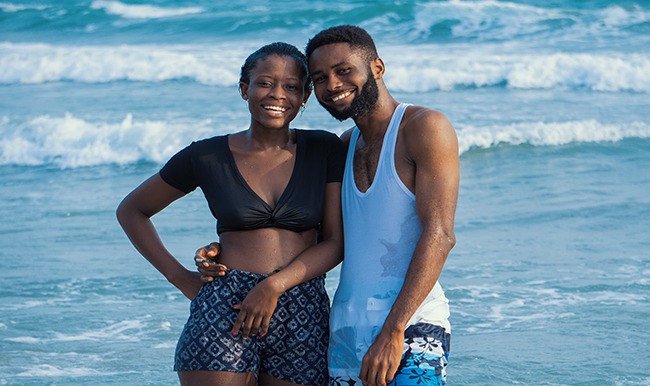 Even though the provisional result from the 2021 population and housing census puts women at 400k more than men, we anticipated that most of our young guys will still find it difficult to either get into a relationship or keep an existing one. Research conducted by efokwame.com reveals that there are several reasons for this, but in the end, it comes down to the perception most of them carry about women and hence, their ability to satisfy many of the following points we are about to discuss.

So, in today’s write-up, we dive into the reasons why a normal and average Ghanaian guy is unable to find a girlfriend.

1.   Reeking Of Desperation for sex

One of the ugliest traits a man could have is desperation. So, you find yourself in a new relationship, few hours in, the best you could offer is to ask for sex.

Excuse my words even a prostitute will find it weird. Your desperate nature could also show as a lack of boundaries.

If you're trying to impress a girl you must raise your standards. Although men appear to be in need of attention, the majority time they are in desperate need to get sexual intimacy.

They'll go to any lengths to get laid. The best way to overcome desperation is to be respectful of women and to respect yourself as everyone deserves it.

2. Most guys Don't Know How to Flirt

The most frequent reason men struggle to attract a woman is because they don't know how to engage in flirting.

They are either clueless about how to approach women or don't know what to say and how to act. The art of flirting is a skill on its own. Developing this talent will not only aid in getting a girlfriend, however, but it can also assist you in keeping her.

There's a reason why you should not give up on flirting with your loved one even if you've entered a serious, long-term relationship. Effective flirting keeps the spark going.

It enhances the relationship because it conveys your desire and attraction. There isn't any guideline for flirting since everyone has their own ways of doing it.

However, as with any art, you'll require practice before becoming skilled.

3.   Being Too Anxious Around Women

You see, girls are attracted to men who are in their zone. In other words, they are comfortable with them and know themselves. If you act otherwise, she will feel threatened and will back away from you like a deer from a herd. Girls don't like guys who act too fickle; they like the guy who is happy to be with her.

Your nervousness when it comes to women could be the result of bad experiences such as rejection or absence of interaction. you can overcome these by spending time with them, Talking with them, and practicing your social skills.

Another option is to think positively. Most Ghanaian girls are cool so no need fricking yourself out when making an approach. consider how the person you're talking to is just another human being.

Anxiety is the inner voice that tells you that things can be a mess, but you can beat it by looking on the positive side.

If she does reject you, she'll likely be pleasant.

This is one serious reason. Please don’t expect a fine girlfriend when your self-care habits aren't as good.

Going along with the perception that guys don’t need to be that neat could leave you in the bachelor league.

Typically, guys who have a poor diet habit, don’t exercise often, or don't maintain their hygiene do not feel confident about their appearance hence their difficulty to even propose love.

If you can’t take your personal hygiene seriously what’s the guarantee that you are going to put your effort into a romantic relationship?

The truth is that no one wants to be around people who complain constantly. If you're usually a negative person, your negative outlook might be causing women to leave.

To avoid being rejected Try being more positive.

When you next talk about a lady, think about telling a touching tale or reminiscing about a joyful memory.

Make sure to compliment her or mention an encouraging comment.

Joy can be infectious, which means your positive vibe will be more likely to trigger an enthusiastic response from her.

Insecurity is a major turnoff for women. And usually, men who aren't confident don't take risks in the first place.

For those men who are insecure and happen to end up with women, insecurity can cause severe problems in relationships such as a heightened sense of jealousy excessive dependence, unhealthy or uncontrollable anxiety.

If your fears are keeping you from having a girlfriend and you want to get over it, then master self-compassion.

Everyone has their own personal preferences regarding the people they would like to date.

Certain people, however, have certain types of people who tend to reject them than others.

Consistently chasing after them could lead to being single forever. Most Ghanaian guys love ladies with the big ass and boobs, but what if non comes your way.

Think about breaking free from these preferences. Try approaching women you normally would not. Meet them, it could be that the girl who is perfect isn't the one you prefer.

Be open in regards to relationships. Don't be distracted by superficialities like hair color and body type.